Non-traditional Wedding Ideas You Might Not Have Thought About

Chances are if you’re a young, modern couple, you want to do things a little differently. But how? What constitutes a non-traditional wedding? And, more importantly, will your ideas be accepted by your guests? Choosing a non-traditional elements in a wedding is never easy, but some couples have already experimented for you and shown what works and what doesn't. Here are some of their ideas.

Have A Family Wedding

Most weddings have just the bride and the groom making their vows and everybody else watching in silence. But is this the way that it should be done? It turns out that some couples don’t think so. They see their marriage as a team effort that involves not only them but their families too. As a result, many are choosing to include their families in their wedding vows. Mothers- and fathers-in-law are all promising to help and uphold the marriage, through thick and thin.

Put The Bridesmaids In White 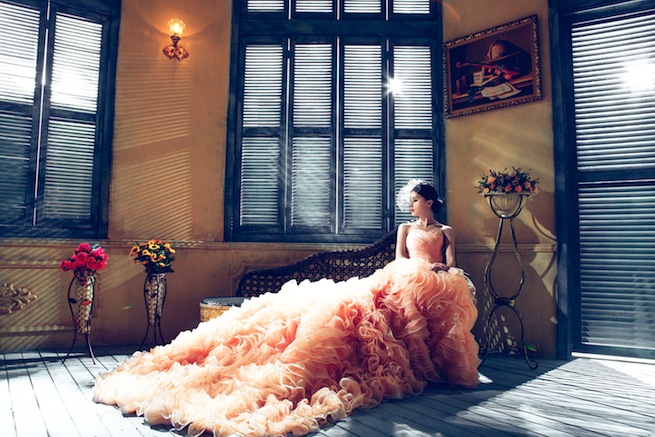 When you think about it, white is a pretty boring color. Meant to represent purity, it’s had a long run. But it’s time might be about to come to an end. More and more brides are choosing to ditch white wedding dresses and are putting the bridesmaids in white instead. Then, they’re going out and looking for a gown in their favorite color, be it blue, pink or even black.

Toast With Signature Drinks, Not Champagne

The bubbly is a popular option at most weddings. But it’s a little unoriginal. Now many couples are getting rid of overpriced champagne and choosing their own drinks instead. If you’ve got a signature drink that you just love, have a toast using this instead of the usual sparkling wine.

Why do all wedding rings have to be made of gold? In the past, it was because gold was one of the few known materials that would never blemish or deteriorate with age. It was part of the reason why gold was so expensive and sought after. But today, thanks to modern technology, gold isn’t the only stuff in the universe we know about that lasts forever. There are all sorts of precious metal rings out there that will stand the test of time. These have very high reviews, for instance, and they’re not made from traditional materials. Instead, they’re made from another rare form of metal that won’t deteriorate.

Skip The Guest Book And Be Creative

Signing in a guest book might be traditional, but it’s more at home in a boring hotel lobby than it is on the most important day of your life. Creative couples are now experimenting with new forms of “guest books” that are totally different and unique. For instance, some are asking guests to leave a thumbprint on a wishing tree.

Have A Party With Your Spouse The Night Before

When you think about it, staying apart from the bride the night before the wedding is a little - superstitious. What’s the reason for it? The short answer is that it’s tradition. It’s tradition for the groom not to see the bride until the big day. But weddings are stressful events. The last thing you want is to be separate from your beloved hours before tying the knot. Now many couples are choosing to have a party the night before to celebrate the big day ahead. They’re actually talking to each other about their fears and hopes and preparing themselves emotionally for what’s about to happen.

The average couple spends more than $1,000 on flowers. And while they are beautiful, they’re not the only option. Some couples are ditching the summer flowers theme for a more woodland fern concept. Bridesmaids are carrying ferns like something out of Legolas’s woodland realm in the Lord of the Rings.

Cut Something Other Than The Cake

Why do weddings always have cakes? Is there a reason? Probably, but it’s long since been forgotten. Given that cakes are expensive and prone to toppling over at the worst possible time, it might be time to swap it out for something else. Instead of cutting the cake, how about scooping up your favorite dessert or entree. That’ll certainly get the guests talking.

Top Ten Reasons to Get Married in Colorado

PrevIndustrial Organic Styled Wedding At The...
NextWedding Delights For The Active Couple