Notes from the photographer, Nina of Larsen Photo Co.:

Samy and David met in Colorado three years ago, and last summer David proposed to Samy on the docks of Piney Lake in Vail. The couple moved out to Florida last fall because of graduate school, but are getting married in Breckenridge next summer and knew their engagement photos would have to take place here as well. An adventurous couple who loves skiing, hiking, backpacking, rock climbing, and paddle-boarding together, they couldn't do anything less exciting for their engagement session.

We headed up to the top of Loveland Pass on a cold morning in December, where we bundled up and hiked up to one of the nearby peaks, so that I could photograph Samy and David skiing and snowboarding down the mountain together. Their dog Roxy came along, and had way too much fun running around the mountain chasing picas and playing in the snow. While it was a cold morning, you would never know it from seeing Samy snowboarding in a dress! 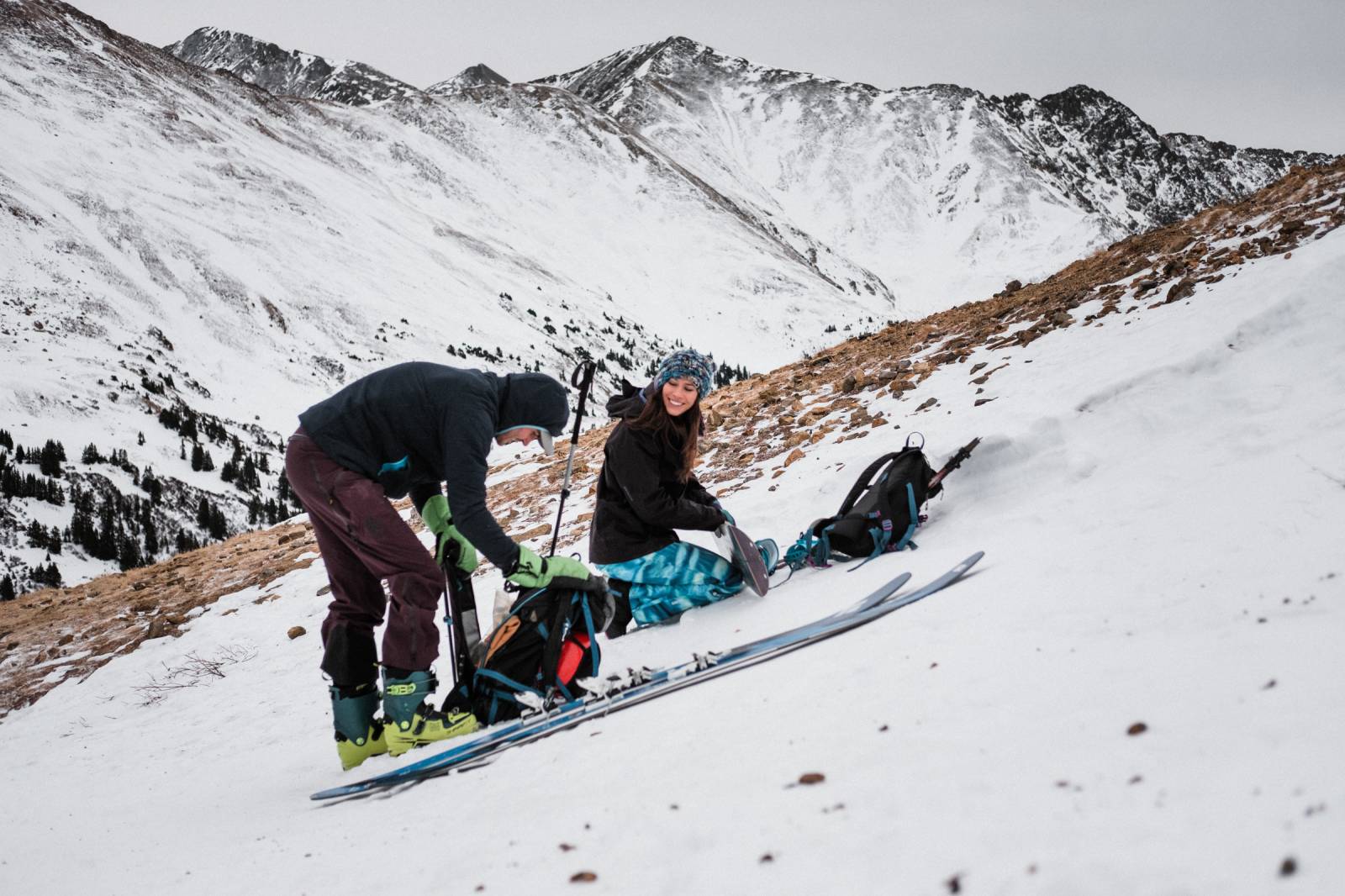 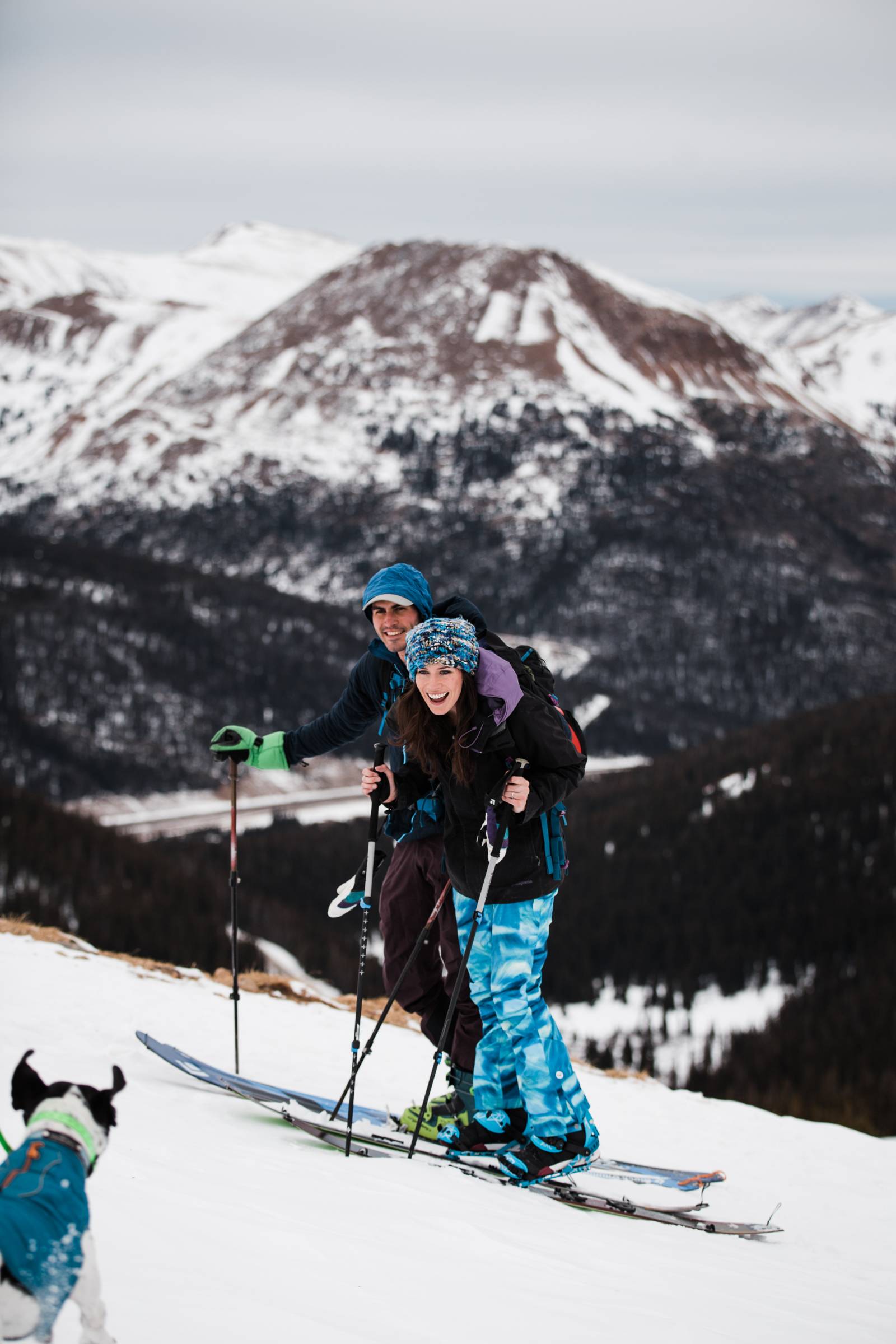 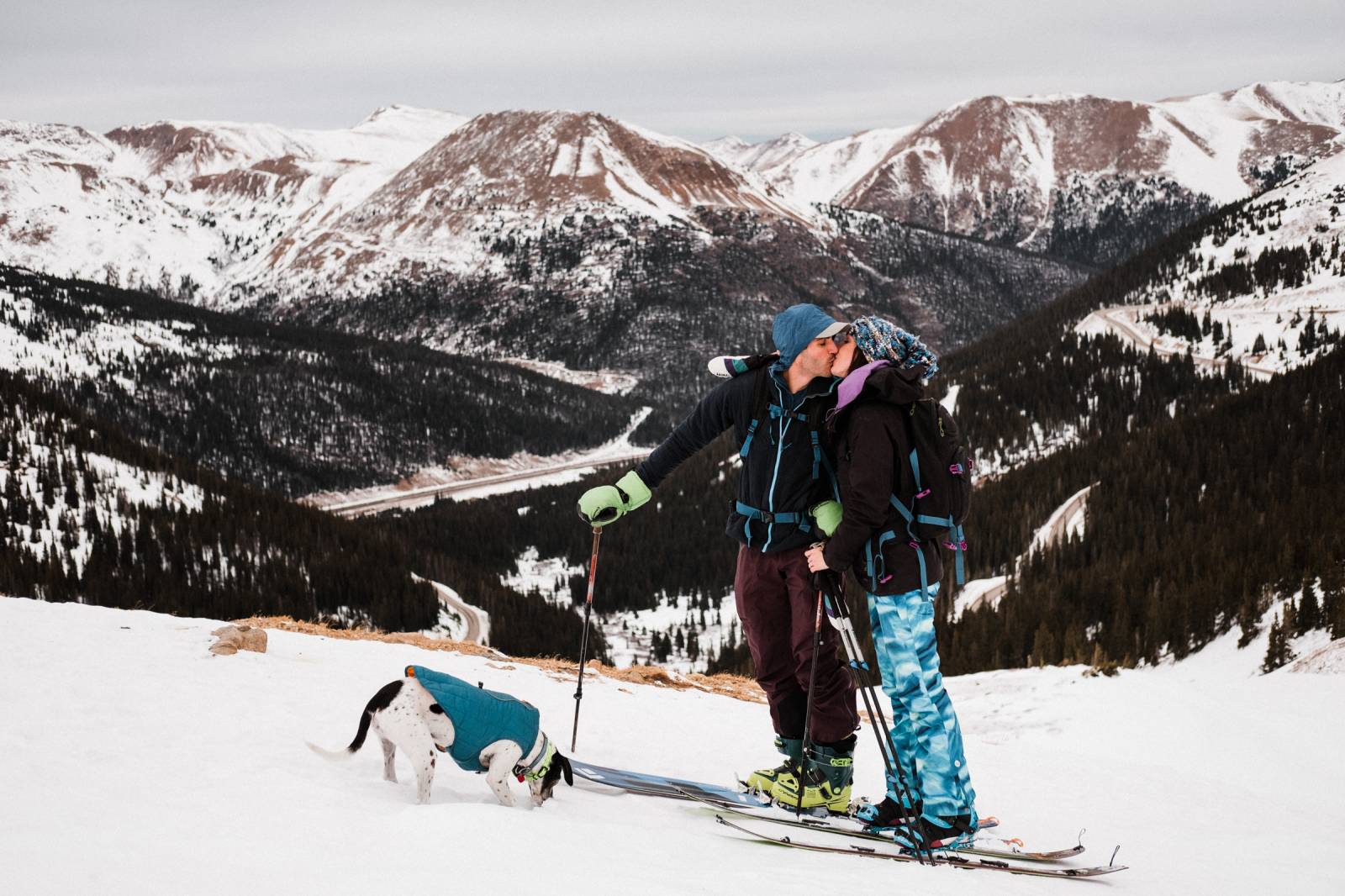 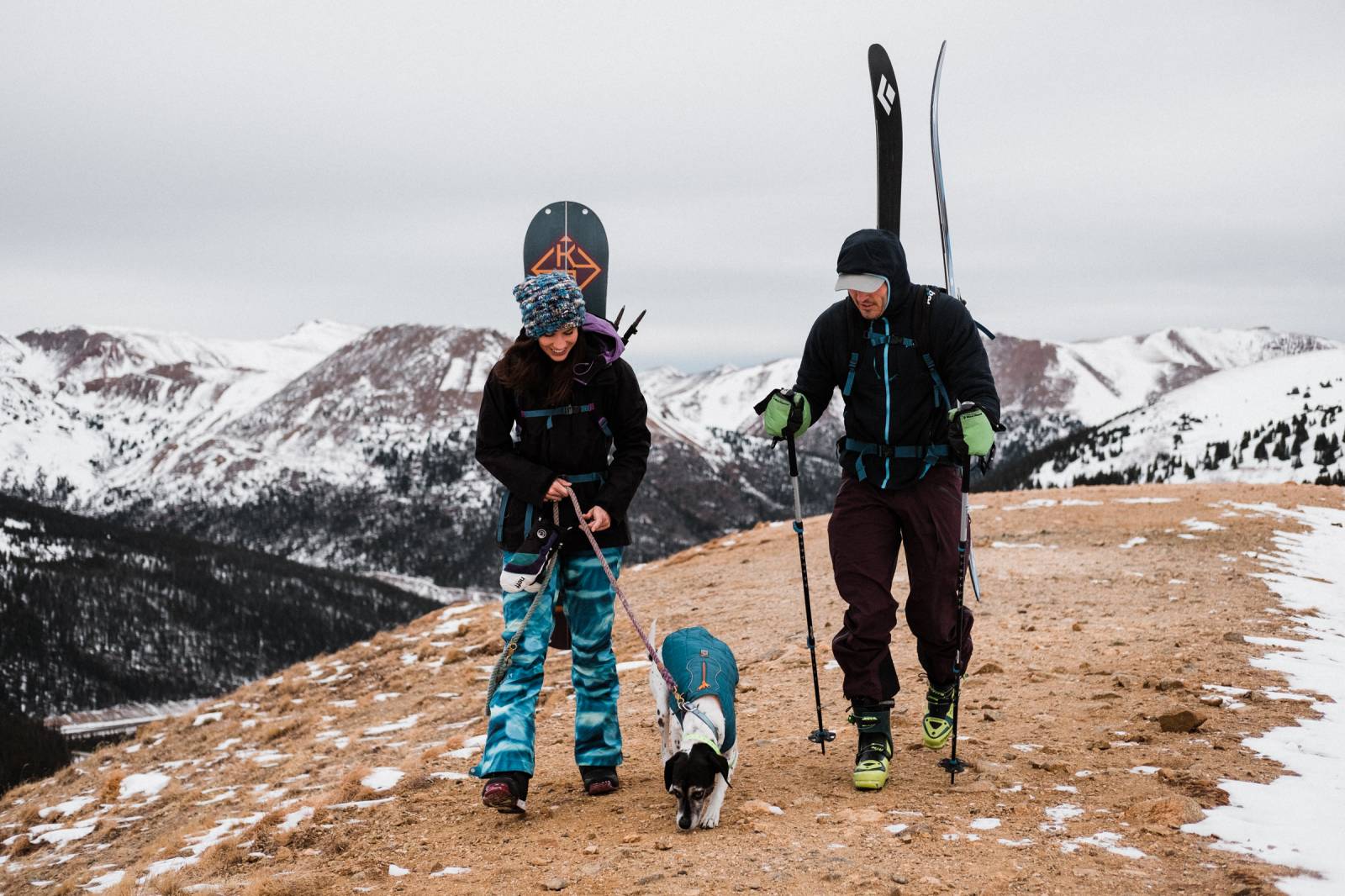 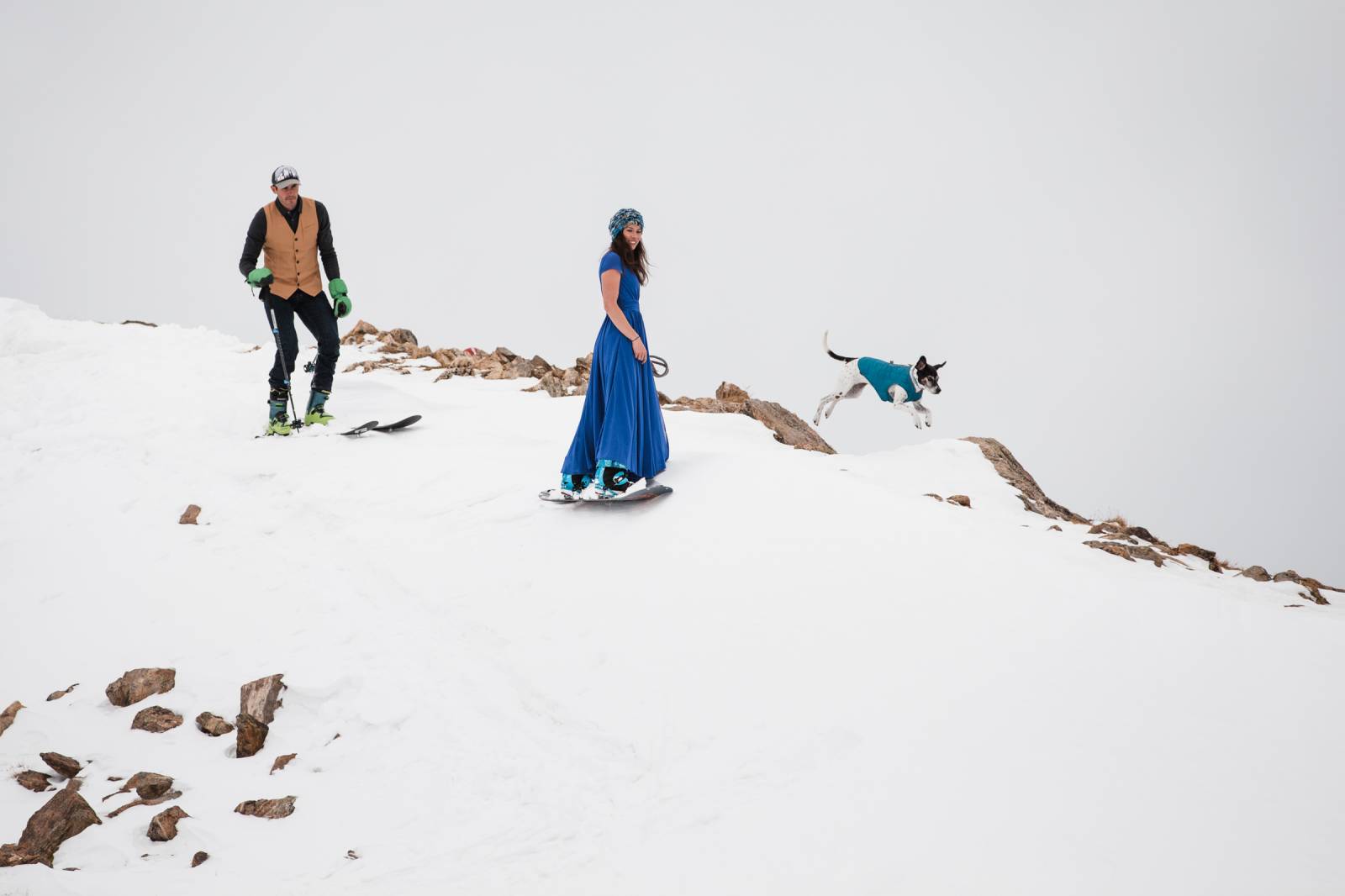 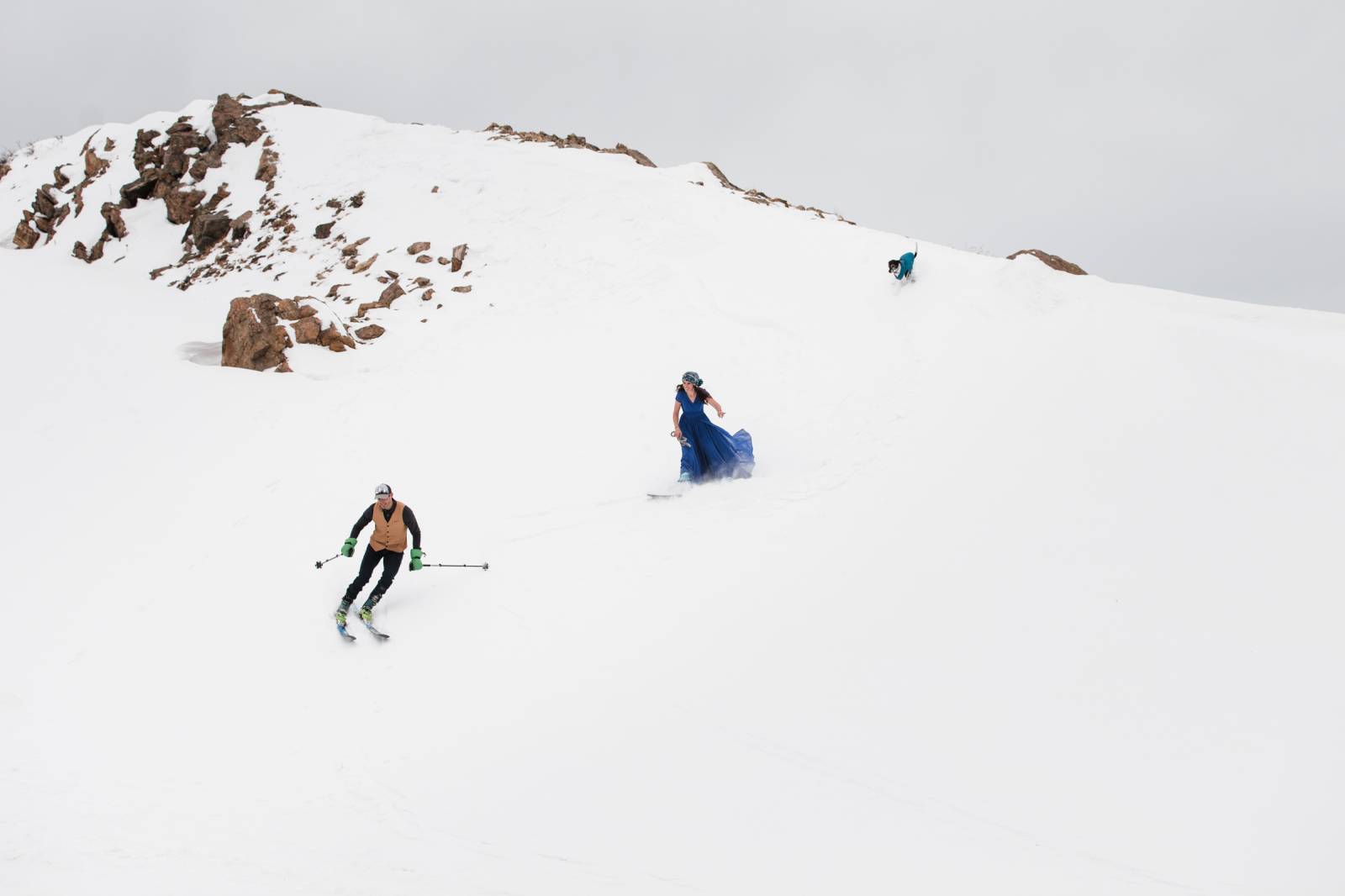 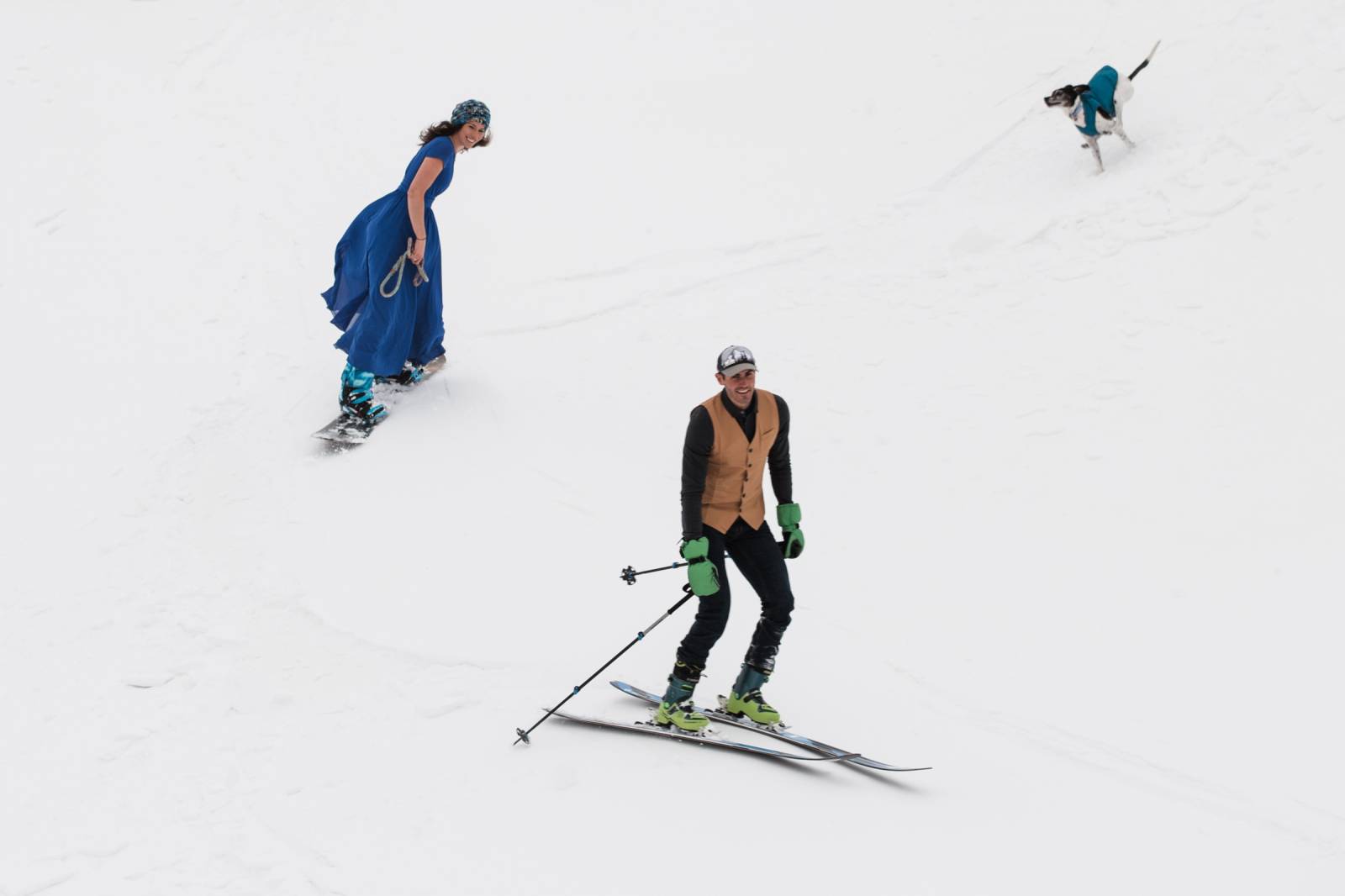 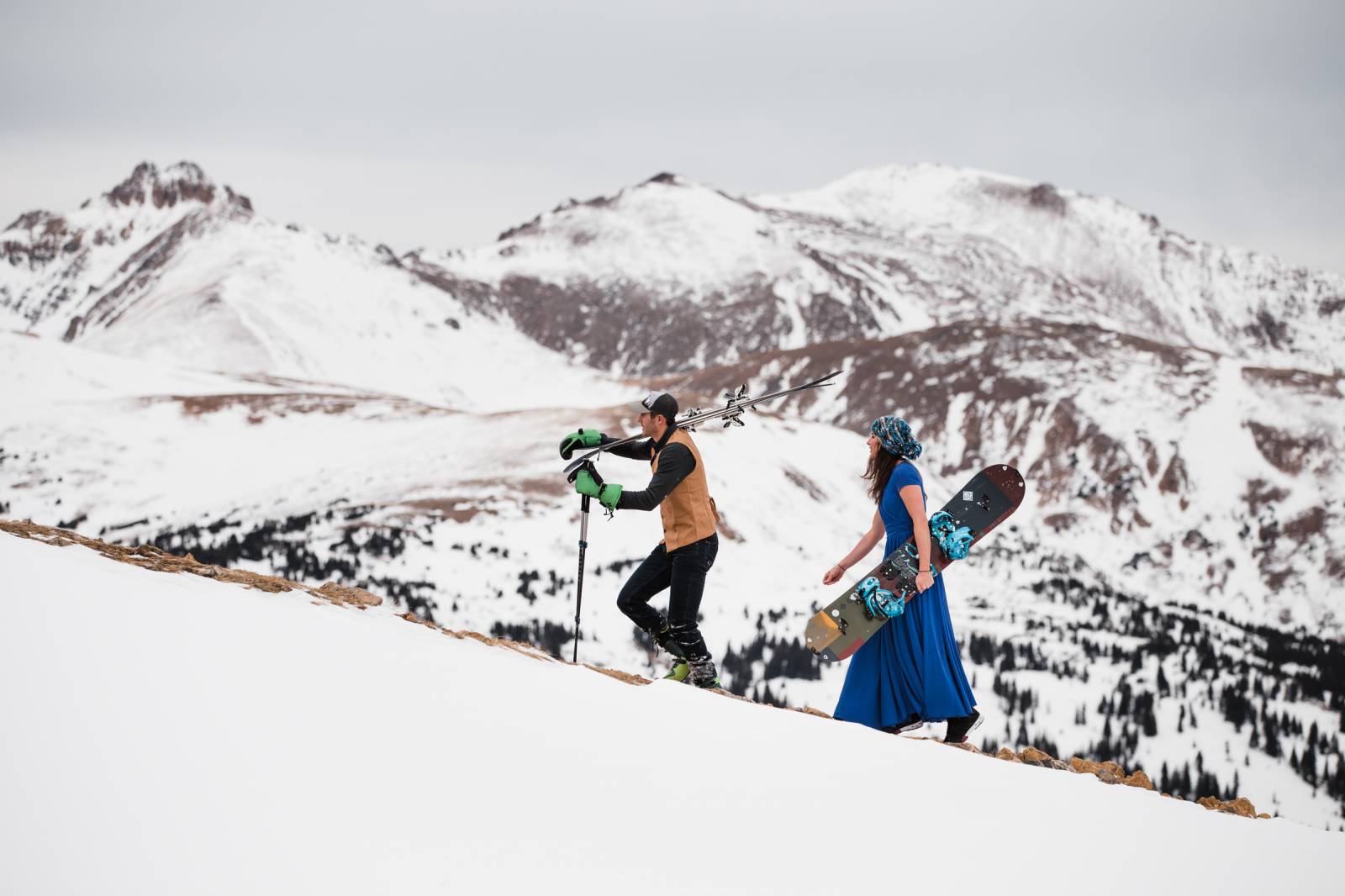