Notes from the couple:

We met at a mutual friend's one year old's birthday party, but a week later, we were both invited through a different mutual friend to hike Mt. Quandary for sunrise in October 2013.  We got to know each other on the hike.

We took a trip to Jackson, Wyoming for some skiing and snowmobiling.  The groom planned the whole trip - booked us an adorable boutique hotel stay, dinners out, etc.  The plan was to ski one day at Jackson Hole and snowmobile one day through Yellowstone National Park.  The groom asked the bride which part of the trip she was most excited for; she said snowmobiling!  So on their snowmobile trip, they pulled over at several sites for site-seeing/photo ops.  At one of the last stops, in front of Kepler Cascades, the groom waited for everyone in our group to get their photos and go back to their sleds (so we could have some privacy) and he said, "we should get a photo without our helmets." That is when he proposed while our guide captured it all on video.  The funny part was that after he proposed, we turned around and another group had arrived.  The guide of that group said, "Well I didn't expect that!!" and everyone cheered.  It was pretty funny.

Tell us about your engagement shoot outfits and accessories.

We wanted to dress up but we also wanted our pictures to be in the mountains since we spend so much time together there, so what better than formal wear in the mountains?!

We decided to do a pop of color with the bride's dress and the groom wanted to take it up a notch with suspenders.  The bride rented her gown and earrings from Rent the Runway and paired them with her Lowa hiking boots.  Her sunnies are Kate Spade.  The groom got tuxedo pants from Bonobos, his shirt and suspenders from Brooks Brothers, shoes and tie from Nordstrom Rack.  His watch is from Shinola, jacket from Kuhl, and sunglasses from Persol.  Ashleigh perfectly captured the elegant look we were seeking. 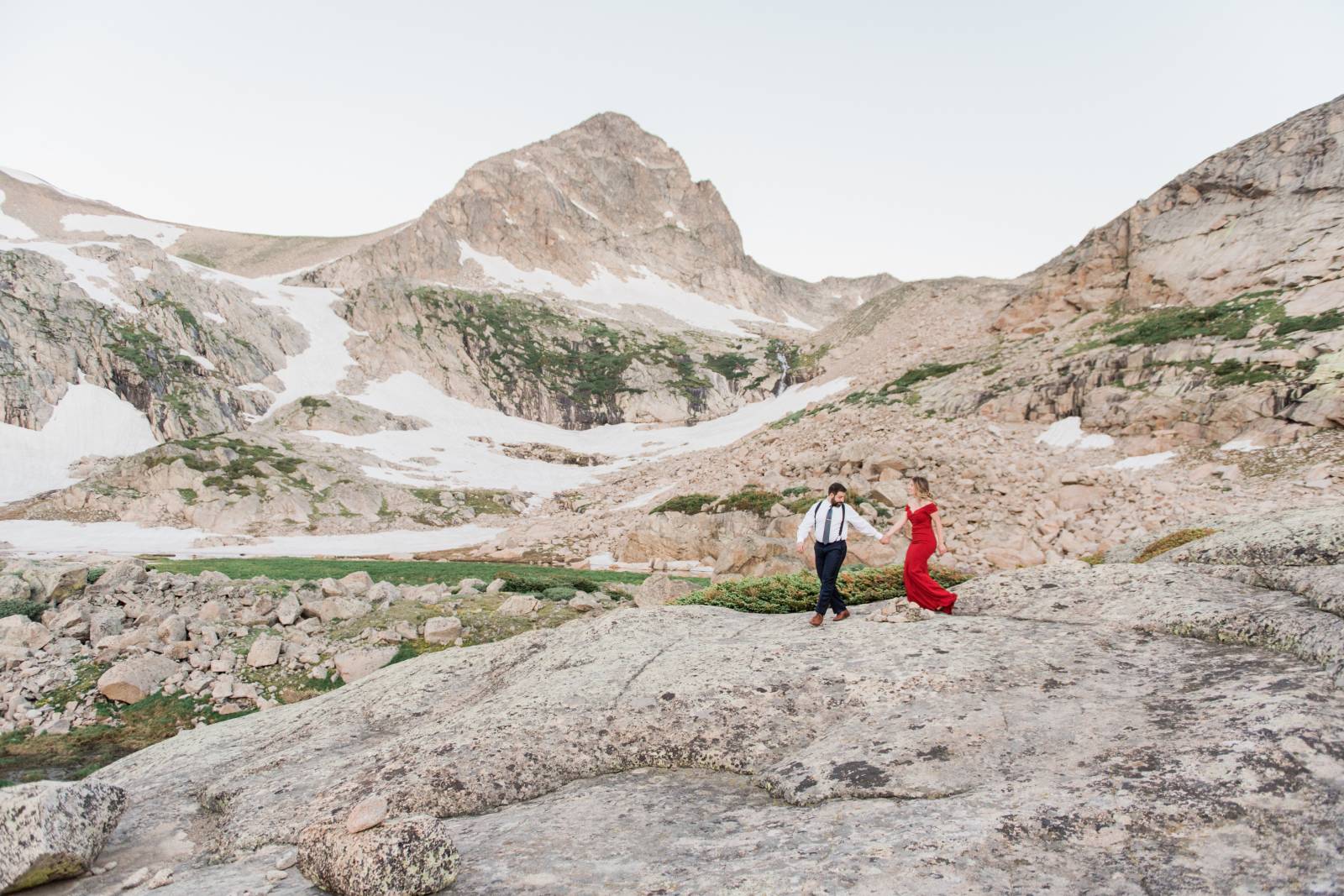 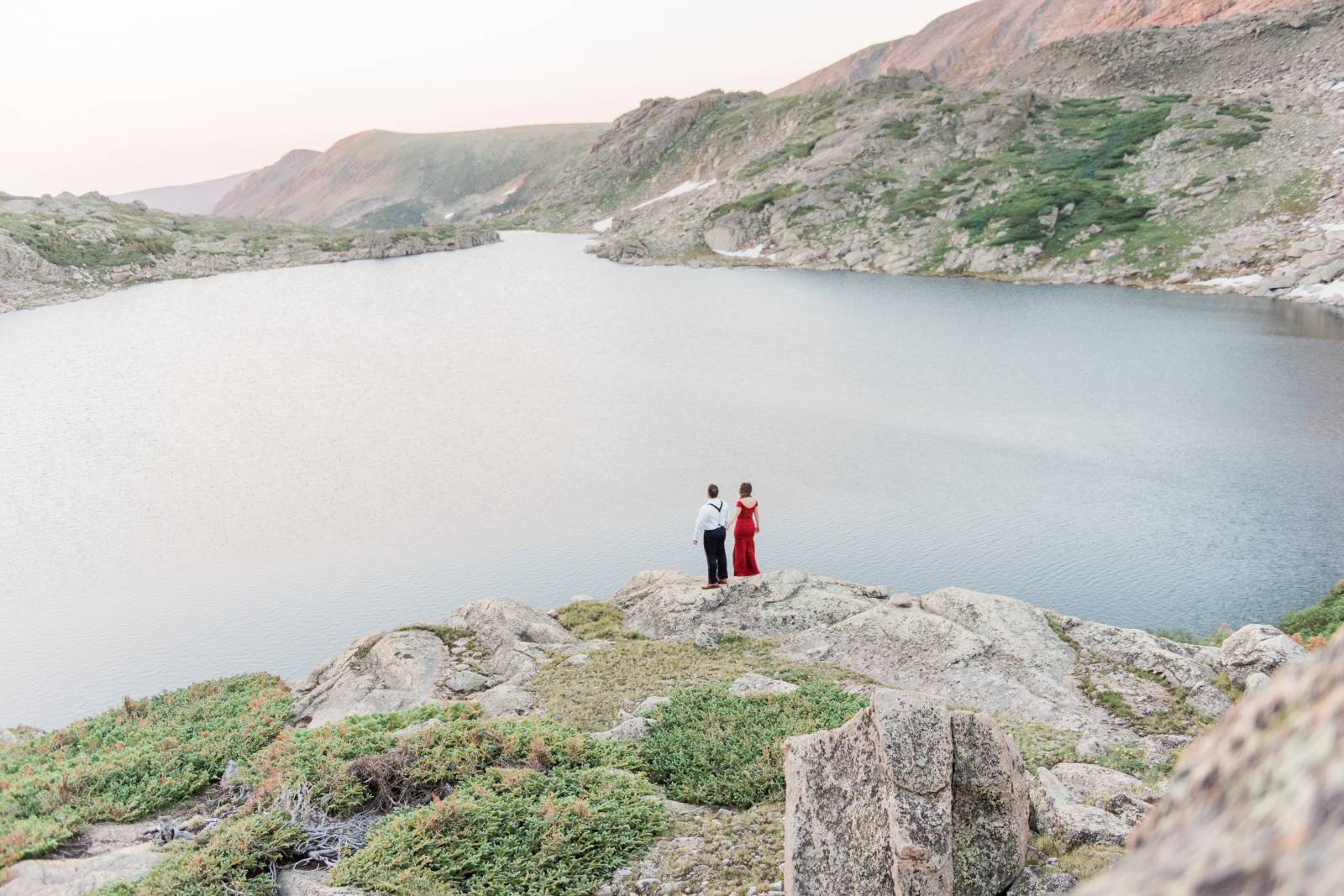 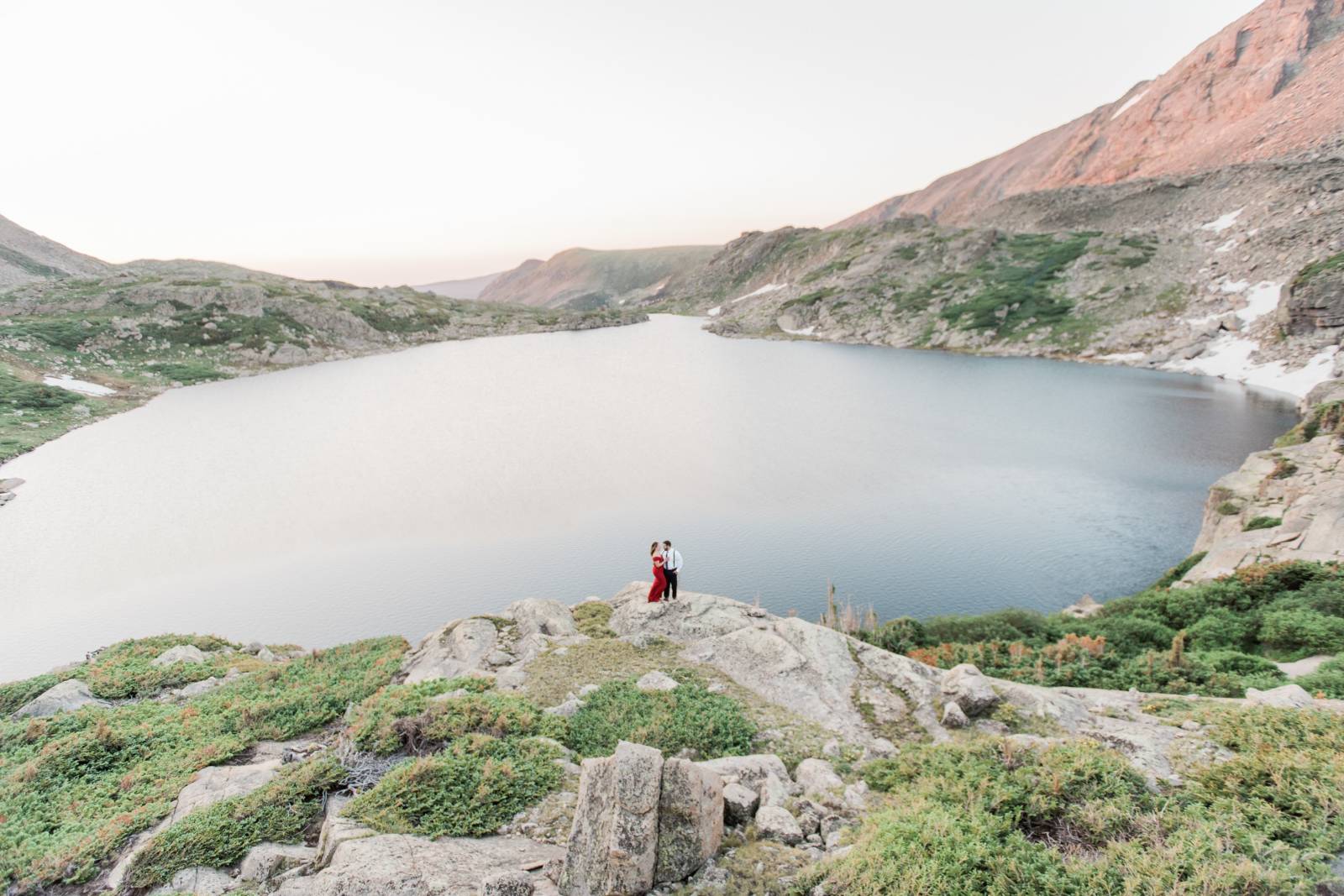 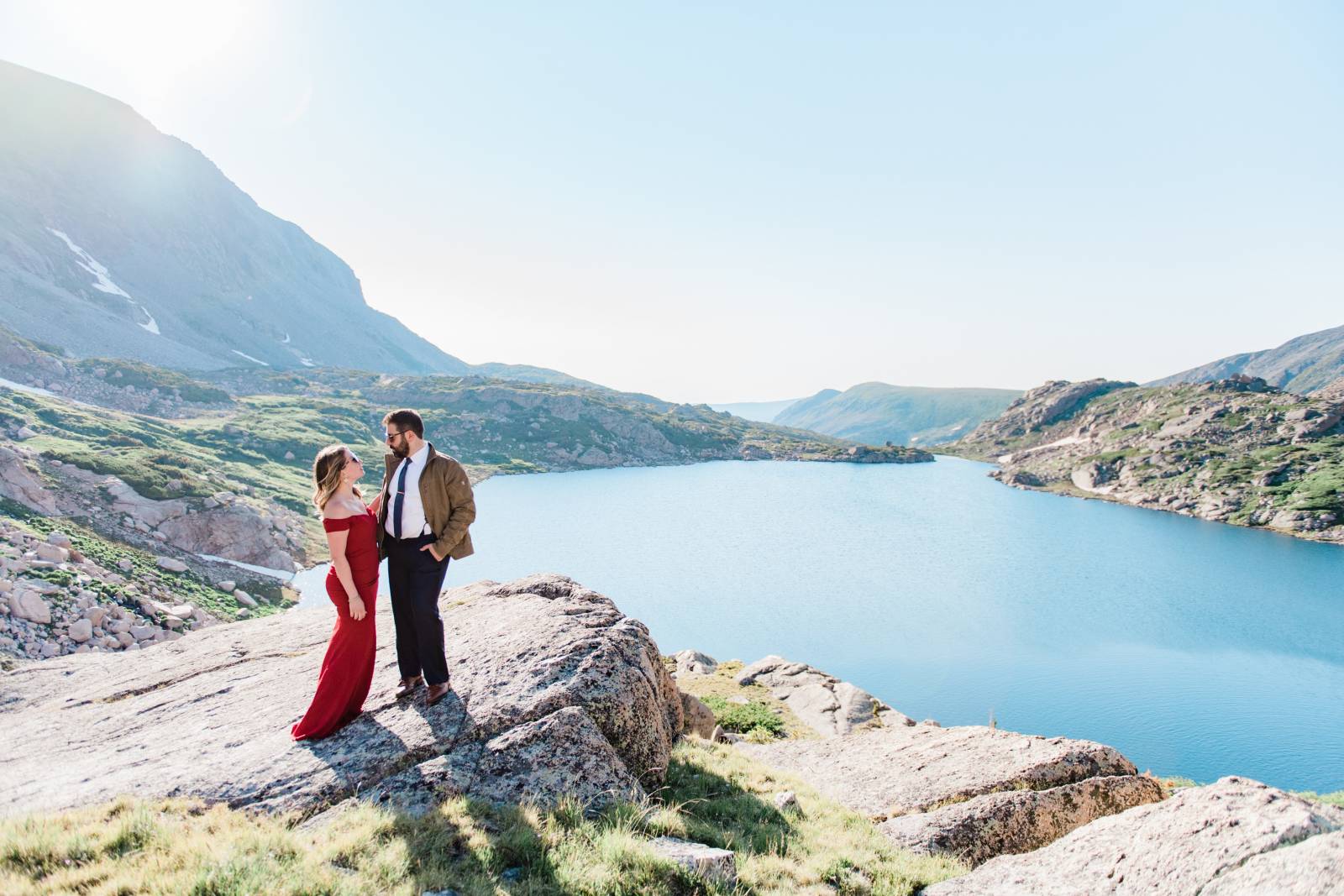