As the days start to get longer heading in to spring, Denver’s cultural scene heats up with new performing and visual arts displays, special events and the last chance to see one of The Mile High City’s most popular blockbuster exhibitions, making now the perfect time to experience everything Denver has to offer. “Denver’s urban adventures and 300 days of sunshine are reason enough to come to Denver – especially when most of the country is experiencing colder temperatures,” says Richard Scharf, president and CEO of VISIT DENVER, The Convention & Visitors Bureau. “But Denver’s cultural experiences really bring this city to life, from culinary and craft beer celebrations to wildly creative and innovative exhibitions, there are so many reasons to visit.” April 2 will be the final opportunity to see Star Wars™ and the Power of Costume at Denver Art Museum, one of the museum’s most applauded exhibitions of all time. March ushers in the first chance to see The Edge at Denver Zoo, a brand new, innovative tiger habitat; and the end of the month features America’s most creative beer festival, Collaboration Fest, at a new – and much larger – location. The warmer weather is perfect for First Friday Art Walks, which give visitors a chance to meet and mingle with artists; and several award-winning Broadway shows will appear in Denver this year. For a complete event calendar, including information on hotels and where to stay, go to www.VISITDENVER.com/new-adventures 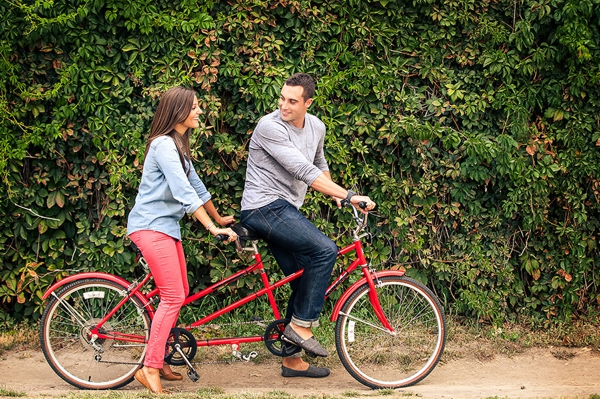 VISIT DENVER’s 13th Annual Denver Restaurant Week Presented by Lexus, February 24 - March 5, 2017 The 13th Annual Denver Restaurant Week will return in late-February with an all new pricing structure. Hundreds of Denver’s top restaurants will offer multi-course meals at great values – menus this year will be offered with $25, $35 or $45 price tags, depending on the restaurant. Denver Restaurant Week is always a great opportunity to try some of Denver’s newest hotspots or return to old favorites. Star Wars™ and the Power of Costume, through April 2, 2017 Explore the artistry of the world’s most recognized cinematic costumes at Star Wars™ and the Power of Costume at Denver Art Museum. The exhibition features more than 70 hand-crafted costumes from the first seven blockbuster Star Wars™ films, along with 100 additional pieces, many of which have never been seen, sourced directly from George Lucas’s Skywalker Ranch. Winter Park Express by Amtrak Ski Train, through March 26 Denver is the only city in the country to own its own ski resort; and – after a seven year hiatus – it is now easier than ever to get to Winter Park with the Winter Park Express Ski Train. The train reopened on January 7, 2017 and will run on weekends and Monday holidays through March 26. The train allows people to hit the slopes during the day and return to Denver for aprčs ski, an abundance of culinary options and nearly 10,000 hotel rooms to choose from. Denver’s Crawford Hotel, Oxford Hotel and Westin Denver Downtown are all offering Winter Park Express packages, featuring deals on tickets, room nights and more.

SPRING INTO THE NEW

Mi Tierra: Contemporary Artists Explore Place, through October 22, 2017 Denver Art Museum’s Mi Tierra: Contemporary Artists Explore Place features site-specific installations by 13 Latino artists that express experiences of contemporary life in the American West. The exhibition features energizing and vibrant artwork by Denver artists and Dmitri Obergfell and Jaime Carrejo, as well as Carmen Argote (Los Angeles), Gabriel Dawe (Dallas), Claudio Dicochea (San Antonio), Daniela Edburg (San Miguel de Allende), Justin Favela (Las Vegas), Ana Teresa Fernández (San Francisco), Ramiro Gomez (West Hollywood), John Jota Leańos (San Francisco), Ruben Ochoa (Los Angeles), Daisy Quezada (Santa Fe) and Xochi Solis (Austin). An American in Paris, March 8-19, 2017 The Denver Center for the Performing Arts (DCPA) will present An American in Paris, the Tony Award-winning musical about an American soldier, a mysterious French girl and an indomitable European city, each yearning for a new beginning in the aftermath of war. Acclaimed director/choreographer and 2015 Tony Award winner Christopher Wheeldon brings the magic and romance of Paris into the perfect harmony with unforgettable songs from George and Ira Gershwin in the show that earned more awards than any other musical in the 2014-2015 season. Vikings: Beyond the Legend, March 10 – August 13, 2017 This exhibition will bring the largest collection of Viking artifacts in North America to the Denver Museum of Nature & Science. Vikings: Beyond the Legend lays waste to the one-dimensional stereotype of bearded barbarians with horned helmets. Visitors can marvel instead at a culture of surprising refinement, complexity and achievement, and a supernatural world inhabited by Thor, Odin and other gods and giants. Fresh insights revealed through new archaeological discoveries and more than 500 treasures, many never before seen outside of Scandinavia, show why the Vikings will always capture the imagination. The Edge at Denver Zoo Grand Opening Week, March 17-24, 2017 Located on almost a full acre on the southeastern edge of the facility, The Edge will bring guests closer than ever to the Zoo’s Amur tigers, one of the world’s most endangered species. The expansive, open space will also offer several unique ways to safely connect with these magnificent creatures and to see them from multiple perspectives in yards that mimic their native habitat. Kinky Boots, March 21-26, 2017 The Denver Center for the Performing Arts will also showcase Kinky Boots, Broadway’s huge-hearted, high-heeled hit. With songs by Grammy- and Tony-winning pop icon Cyndi Lauper, this joyous musical celebration is about the friendships we discover, and the belief that you can change the world when you change your mind. Inspired by true events, Kinky Boots takes you from a gentlemen’s shoe factory in Northampton to the glamorous catwalks of Milan. Charlie Price is struggling to live up to his father’s expectations and continue the family business of Price & Son. With the factory’s future hanging in the balance, help arrives in the unlikely but spectacular form of Lola, a fabulous performer in need of some sturdy new stilettos. Calder: Monumental, April 28-September 24 – American artist Alexander Calder (1898-1976) is considered one of the most influential sculptors of the 20th century and is known for his bold energetic sculptures. Calder: Monumental at Denver Botanic Gardens will feature his iconic works of bolted steel plate–which rise in sweeping curves, or puncture space with geometric lines–revealing the artist's exploration of forms, volumes and voids. Using shapes that resonate with the natural world, Calder's large lively abstractions interact with the surrounding lush landscape. Red Rocks Park and Amphitheatre Summer Concert Series Tickets Available Recently named to the National Historic Register, Red Rocks Park & Amphitheatre is a world-famous outdoor concert and recreation venue located approximately 30 minutes from Denver. The only naturally-occurring, acoustically perfect amphitheater in the world, Red Rocks is recognized for its star-studded concert roster, natural acoustics and ambience, as well as its awe-inspiring hiking and biking trails. Headliners already announced for 2017 include Chance the Rapper, Chris Stapleton, Tom Petty & The Heartbreakers, Dispatch and many more. Tickets for many of these shows sell out quickly, so fans should consider buying them as early as possible. The park and amphitheater are open daily; Summer Concert Series and event schedules can be found online. First Friday Art Walks Explore Denver's creative neighborhoods on the First Friday of every month when galleries, studios and cultural attractions stay open late for a mind-expanding night of art, food, drink and fun. Find the pulse of Denver's vibrant creative community year-round on the first Friday of each month in The Mile High City's seven neighborhood art districts. This year, RiNo (River North) Art District and the new Drink RiNo group will sponsor a free shuttle every First Friday from 5pm-12am (and Saturdays 2-10pm) that will have multiple stops at galleries, studios, breweries and eateries throughout the RiNo neighborhood.

4th Annual Collaboration Fest, March 25, 2017 America’s most creative beer festival features more than 75 beer projects from more than 100 participating breweries across Colorado, the U.S. and internationally. Every beer tapped at Collaboration Fest has a unique story as two or more breweries come together to brew something special, resulting in some of the most exciting, delicious beer tappings anywhere. Rodeo All-Star Weekend, April 14-15 – Highlighting the best in pro rodeo, the Rodeo All-Star Weekend features two days of competitions in seven popular events, including bull riding and bareback riding. In addition to the chance to see top-ranked cowboy and cowgirl athletes compete to be named Rodeo All-Star Champion, the weekend also features a fashion showcase, mutton bustin’, VIP social events and live music – including headliner and country music star, Jana Kramer, at Denver’s National Western Complex. Doors Open Denver, April 29-30 - Doors Open Denver is an annual celebration of Denver's built environment and design. The two-day event allows residents and visitors to tour the spectacular buildings they have seen around the city but may never have entered. It allows the public to truly experience and develop a new appreciation for the facilities that comprise Denver's rich architectural landscape. It also helps build a sense of community by opening up the doors of Denver to everyone. This year's theme is 'Explore Our City Inside Out.' Photo by Drake Busch Photography | View Full Shoot on COUTUREcolorado WEDDING Information from VISIT DENVER, the Convention and Visitors Bureau