A Colorful and Modern Winery Wedding

Notes from the photographer, Dylan Crossley:

Lindsey and Denys held their August wedding at a winery in northern Colorado on one of the hottest days of the year.  Winery details were found throughout the day, from the wine bottle seating assignments to the bottle of white they placed in a custom box to be opened on their 10th anniversary.  Lindsey slipped into her modern BHLDN sheath before heading into the forested area behind the winery for a first look with her soon-to-be husband. It was clear as Denys took in the details from her hair (down and curly, pinned back with a barette) to the lace lining the low back of her dress that she looked more gorgeous than he had even hoped for. Guests arrived early for portraits with the bride and groom, catching up on each other's lives as families and friends do. Everyone sheltered from the bright afternoon sun in the shade provided by the vineyard vines as they waited for the ceremony to begin. The bride's brother officiated the wedding, pulling laughs from the crowd with stories of how they first met at the hospital where they worked: with Lindsey pronouncing her husband's name "Denise" rather than "Dennis." Their love of silliness came through all day. The easy laughs Denys got from Lindsey as he cracked jokes and made faces brought smiles to anyone watching. The two of them even fed each other grapes off the vine (and spit out a few sour ones!). The hot day eventually gave way to a beautiful sunset and perfect temperatures for dinner and dancing al fresco. Guests snapped Polaroid pictures of each other for the guest book. Lindsey and Denys joined cocktail hour early - a perk of seeing each other before the ceremony - and were greeted with glasses of wine from the property. The tented dining area was lit by short votive candles and each table featured simple, elegant bouquets with garden roses and pink dahlias. After toasts and dessert, they led the way to the dock for their first dance. 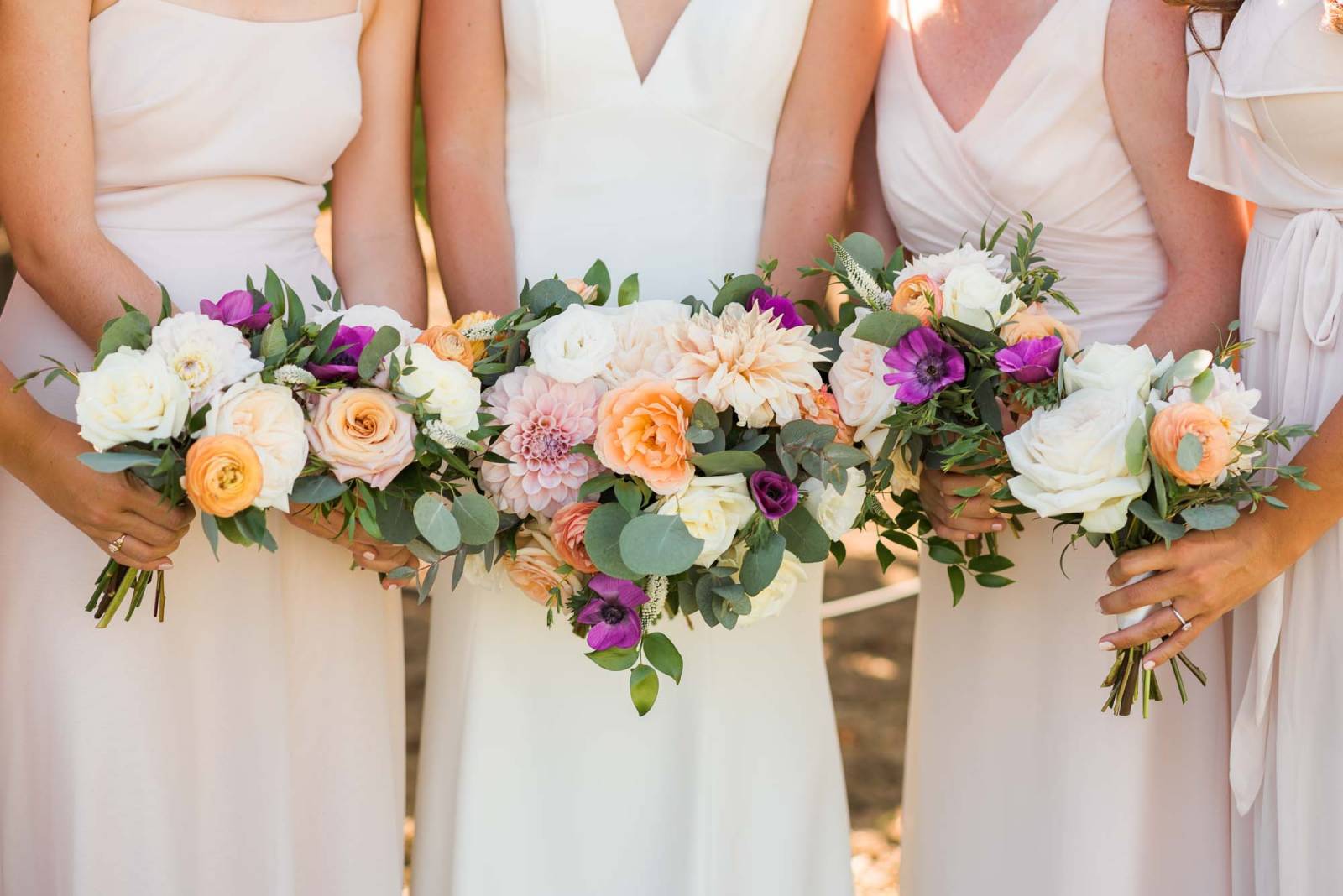 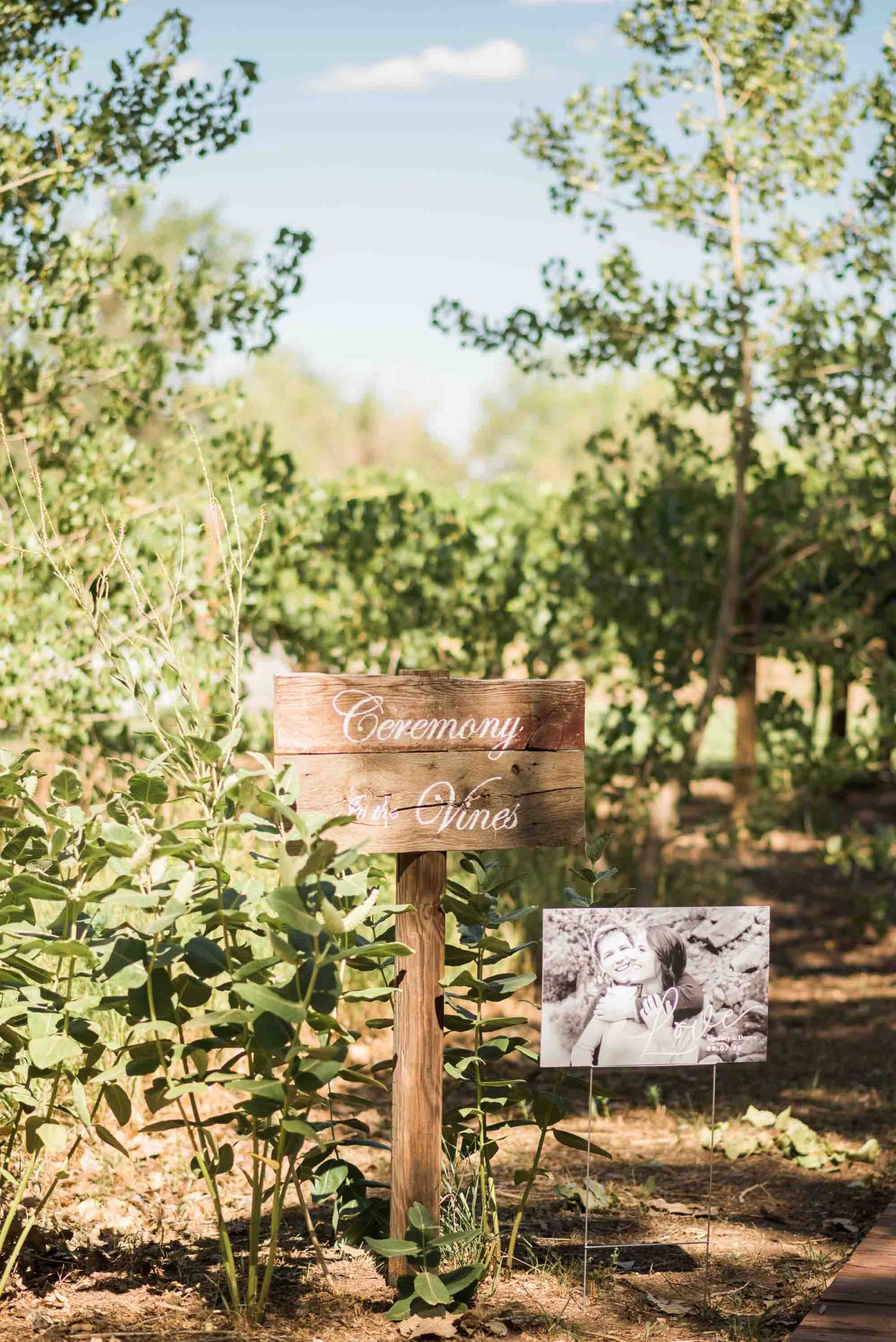 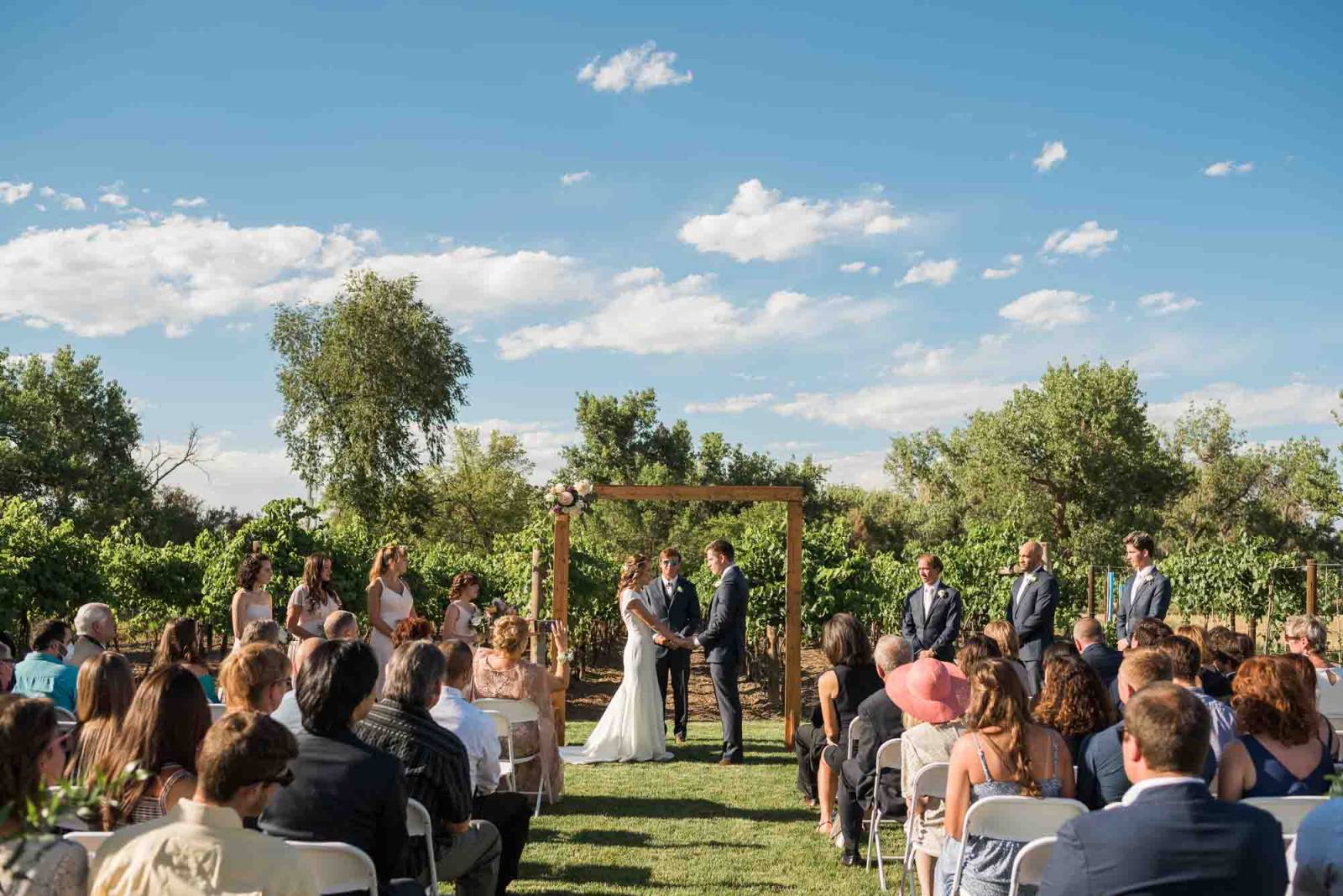 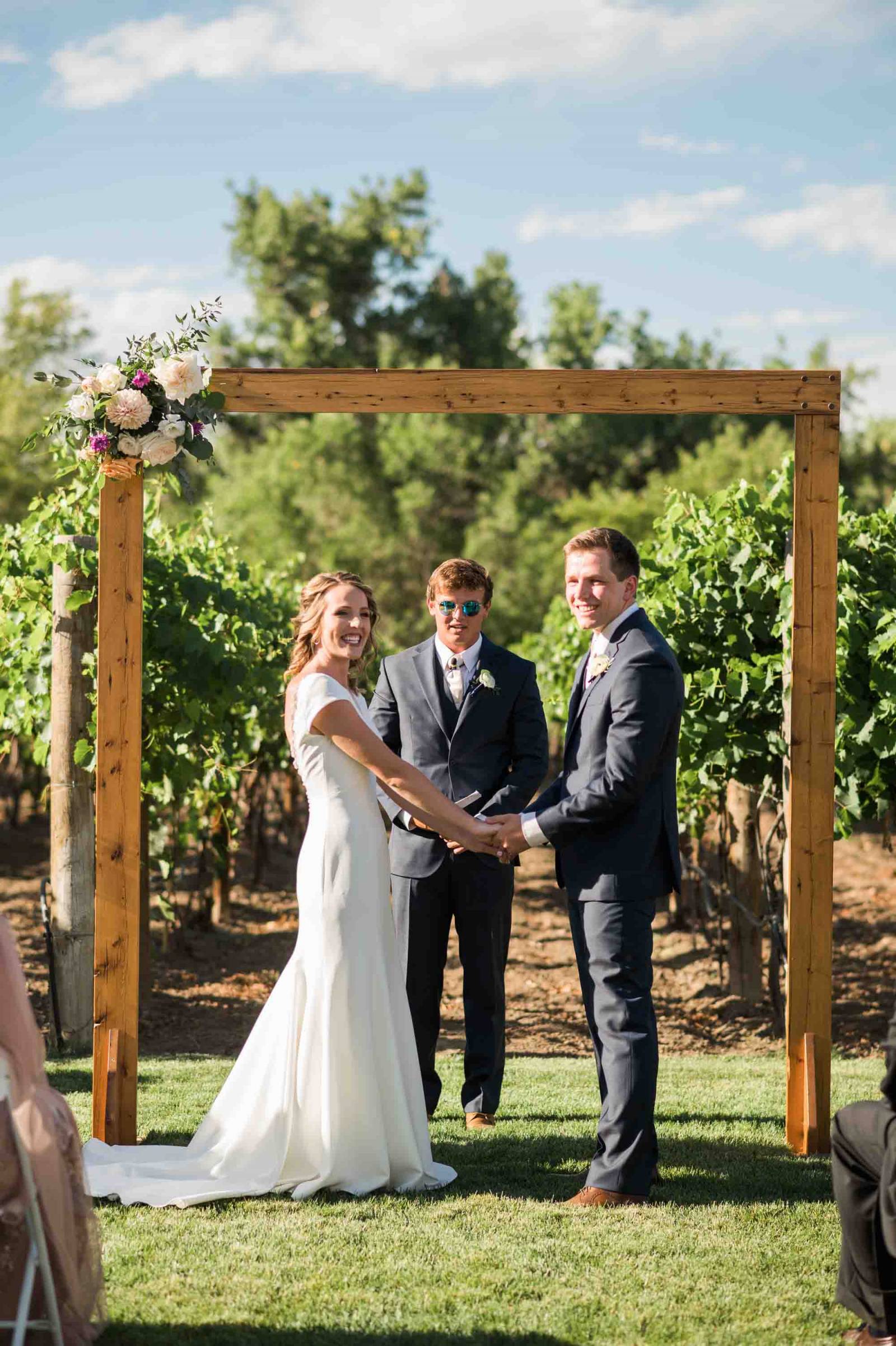 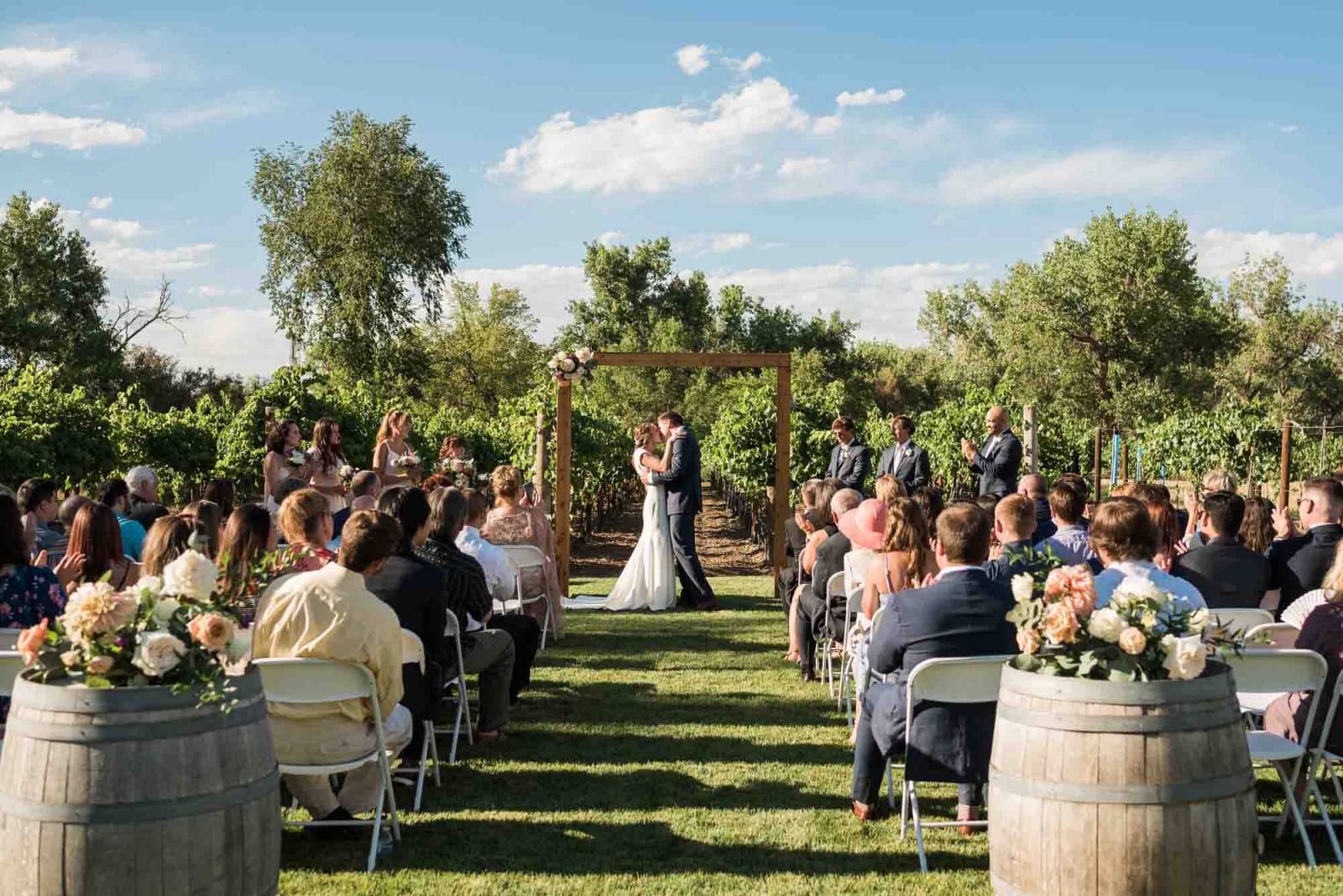 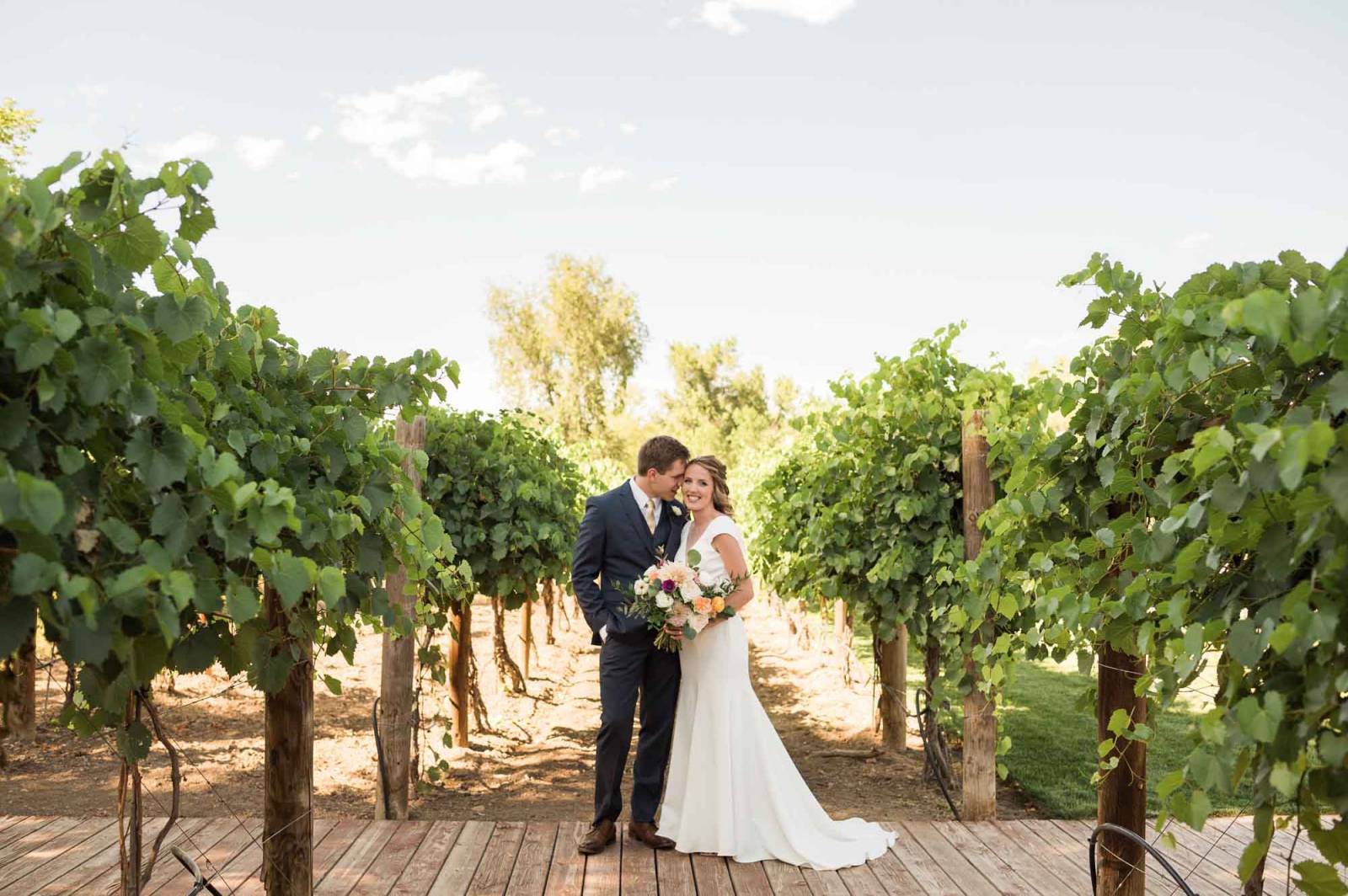 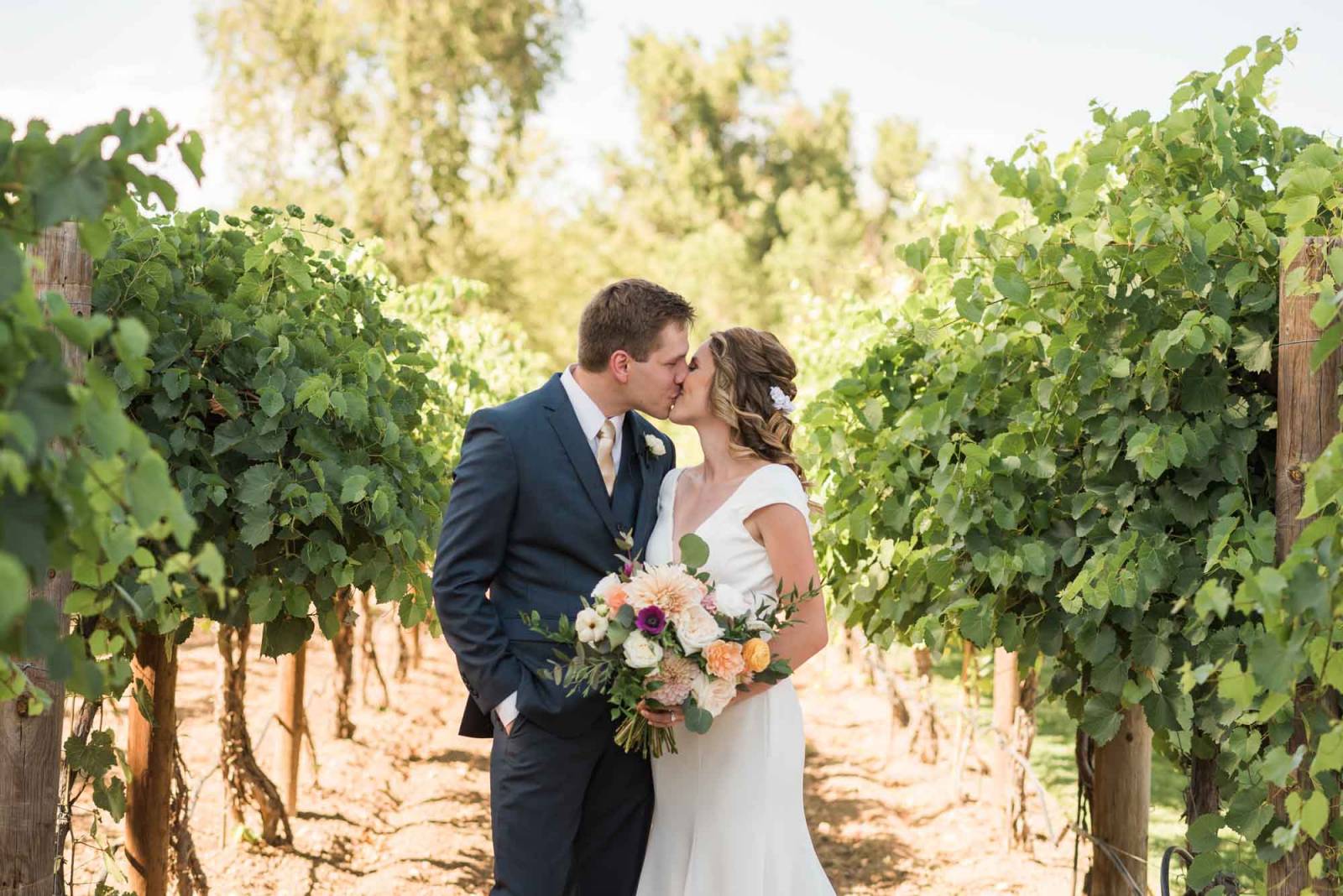 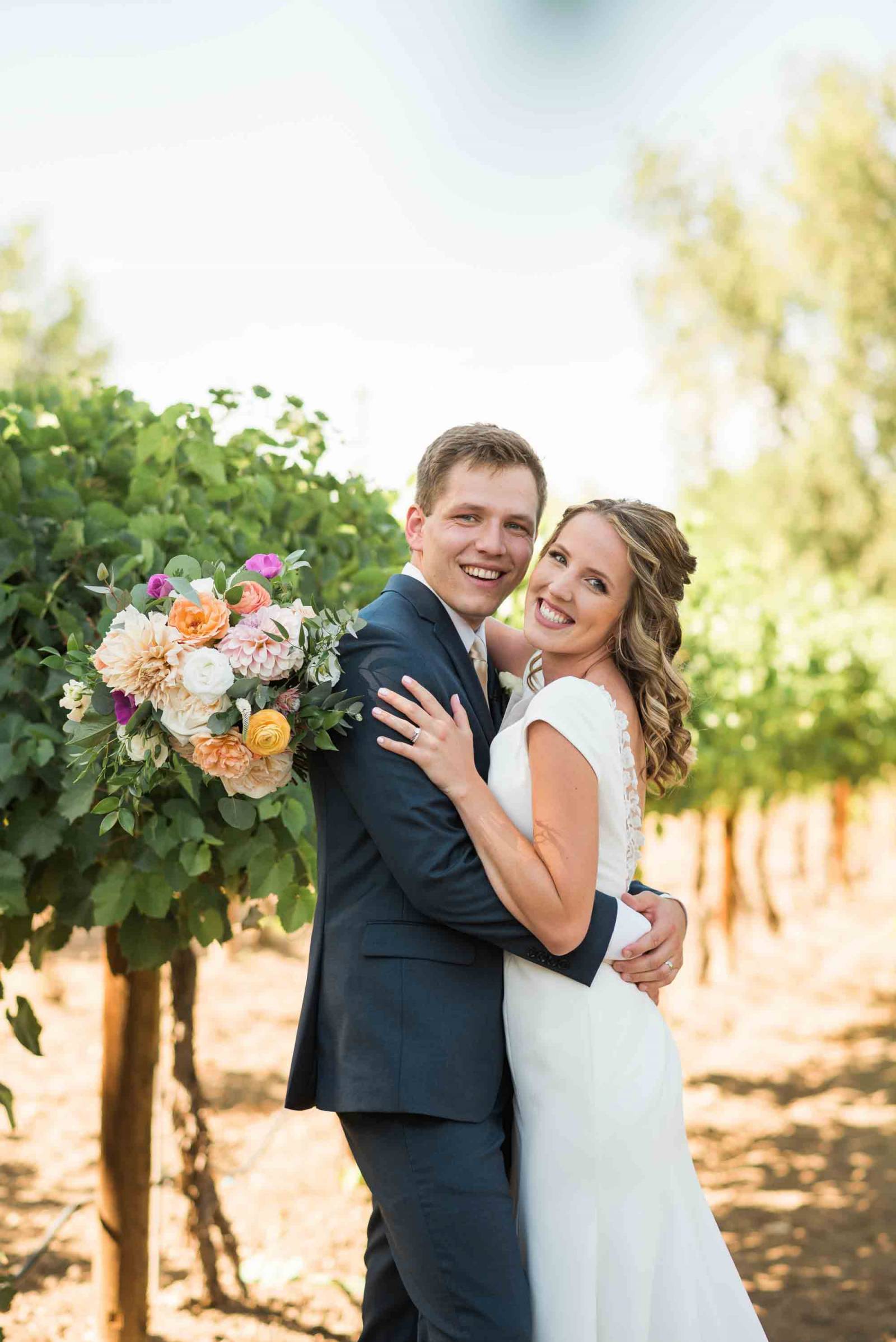 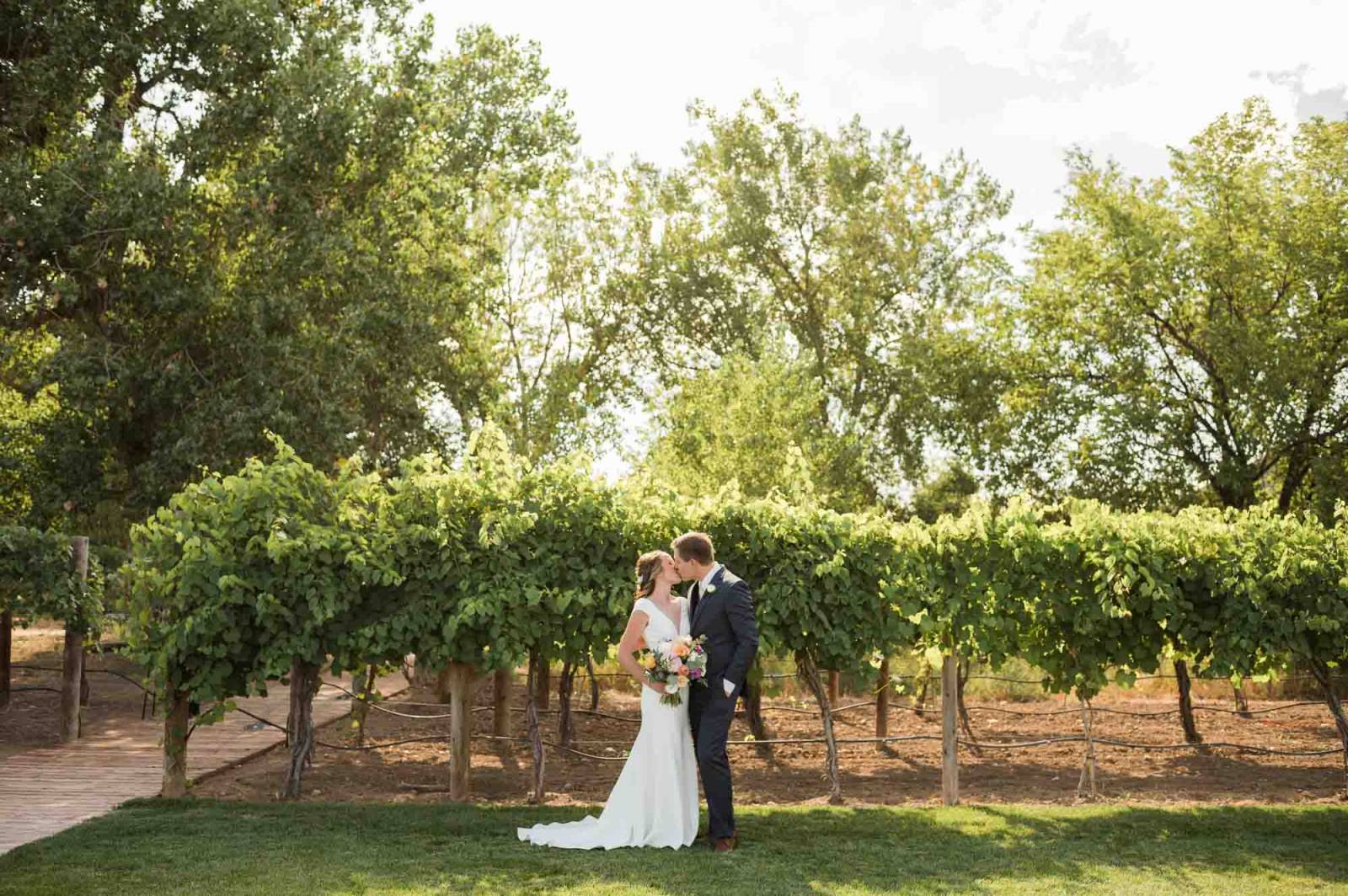 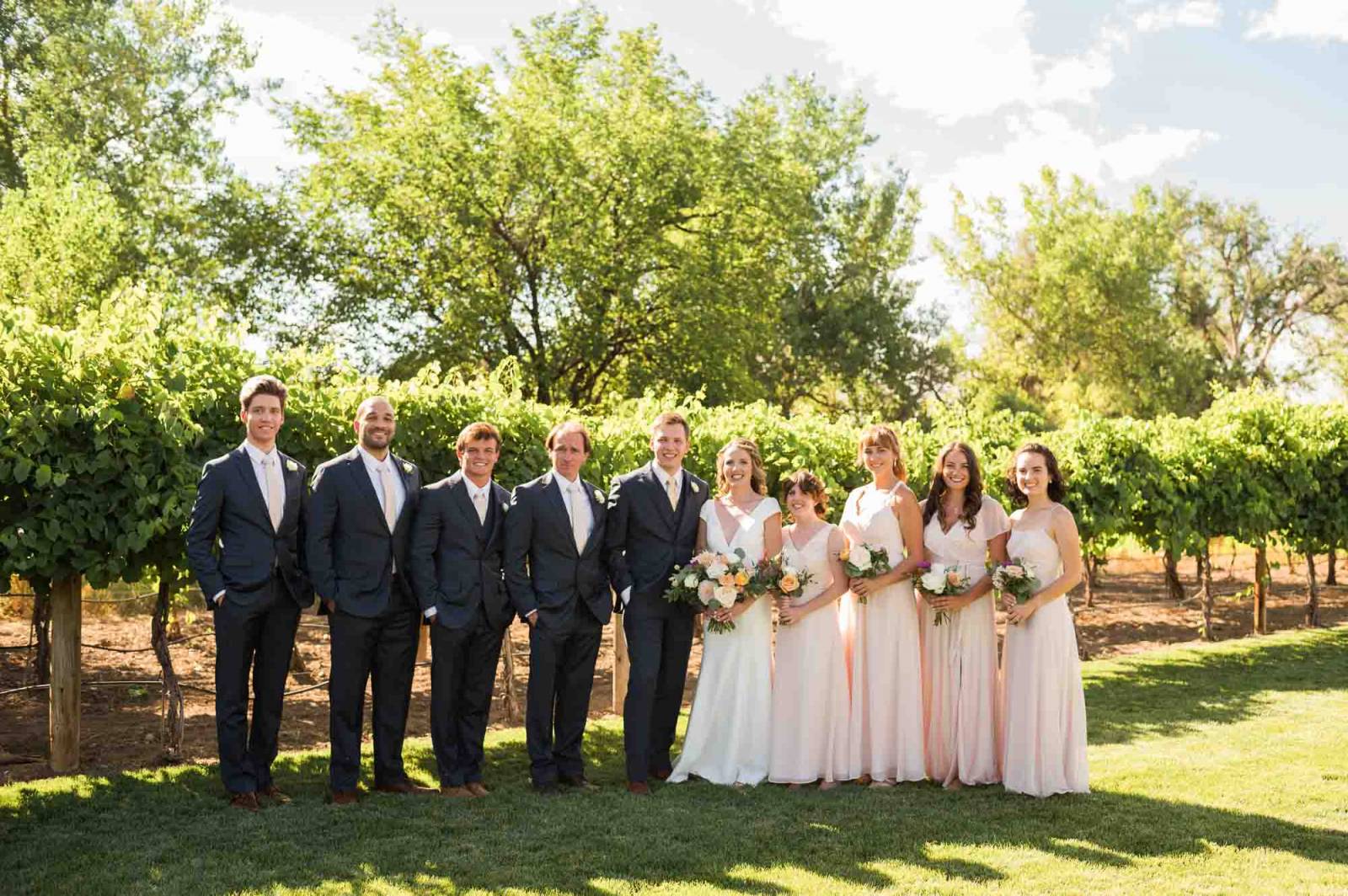 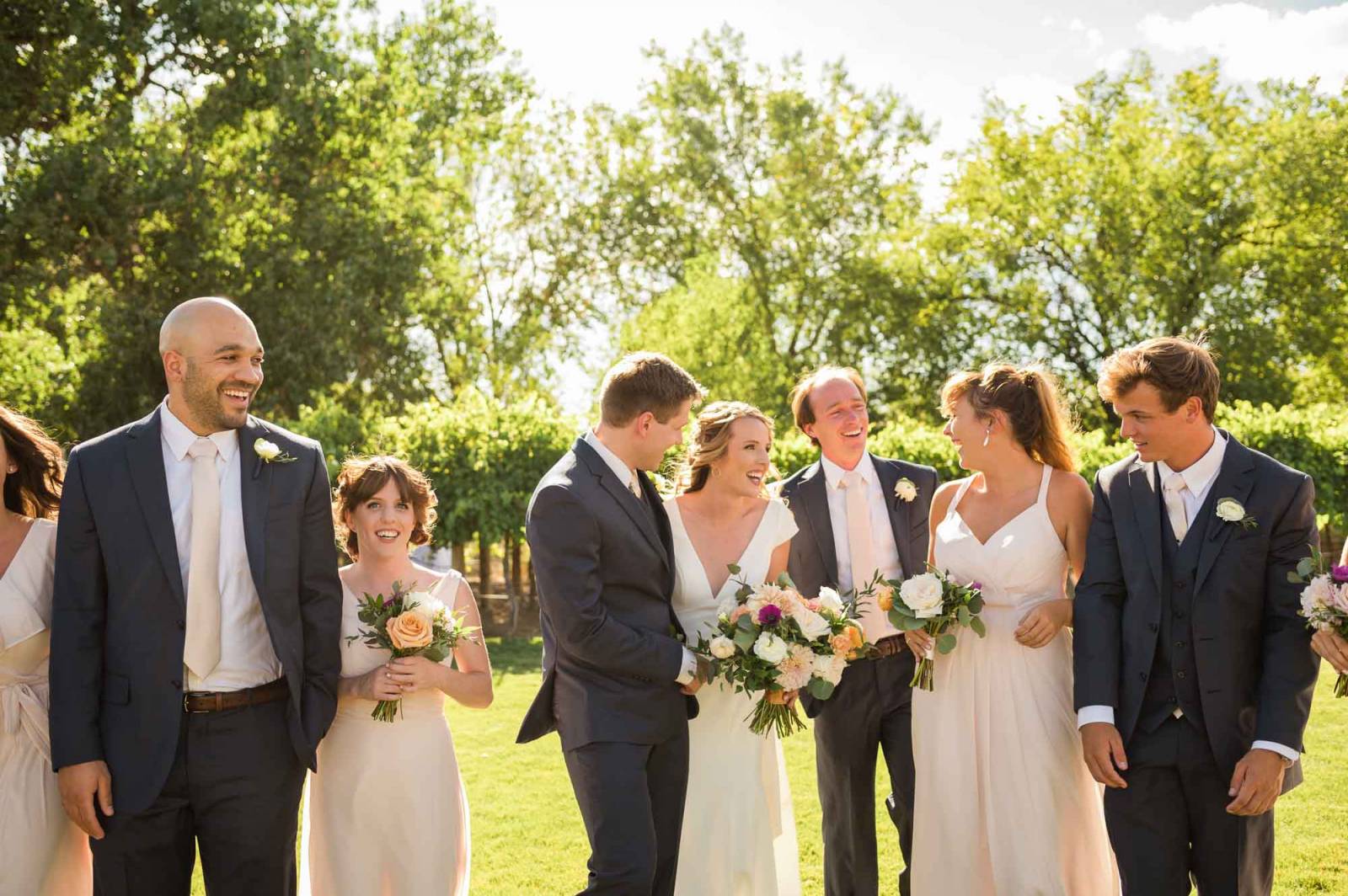 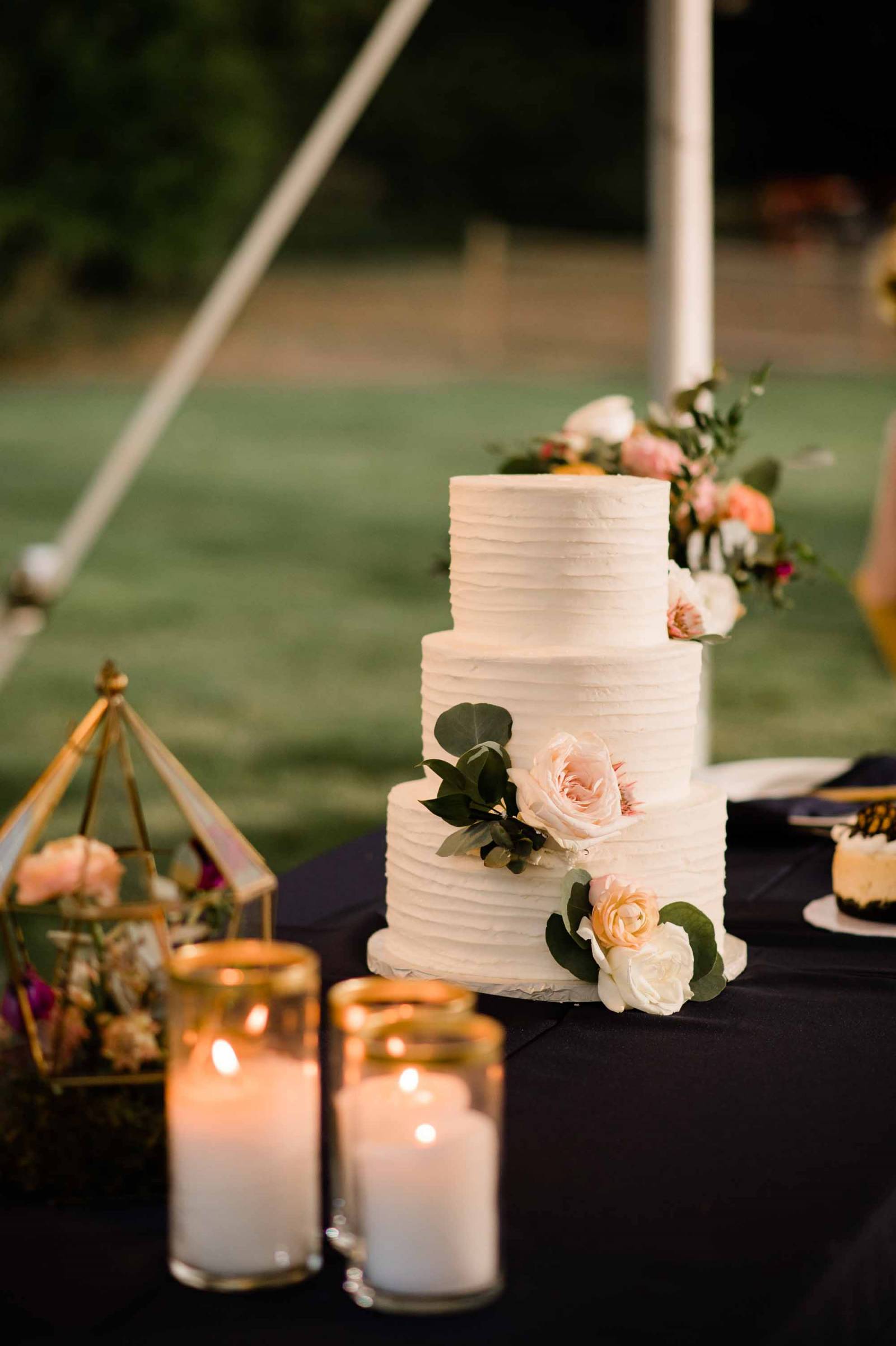 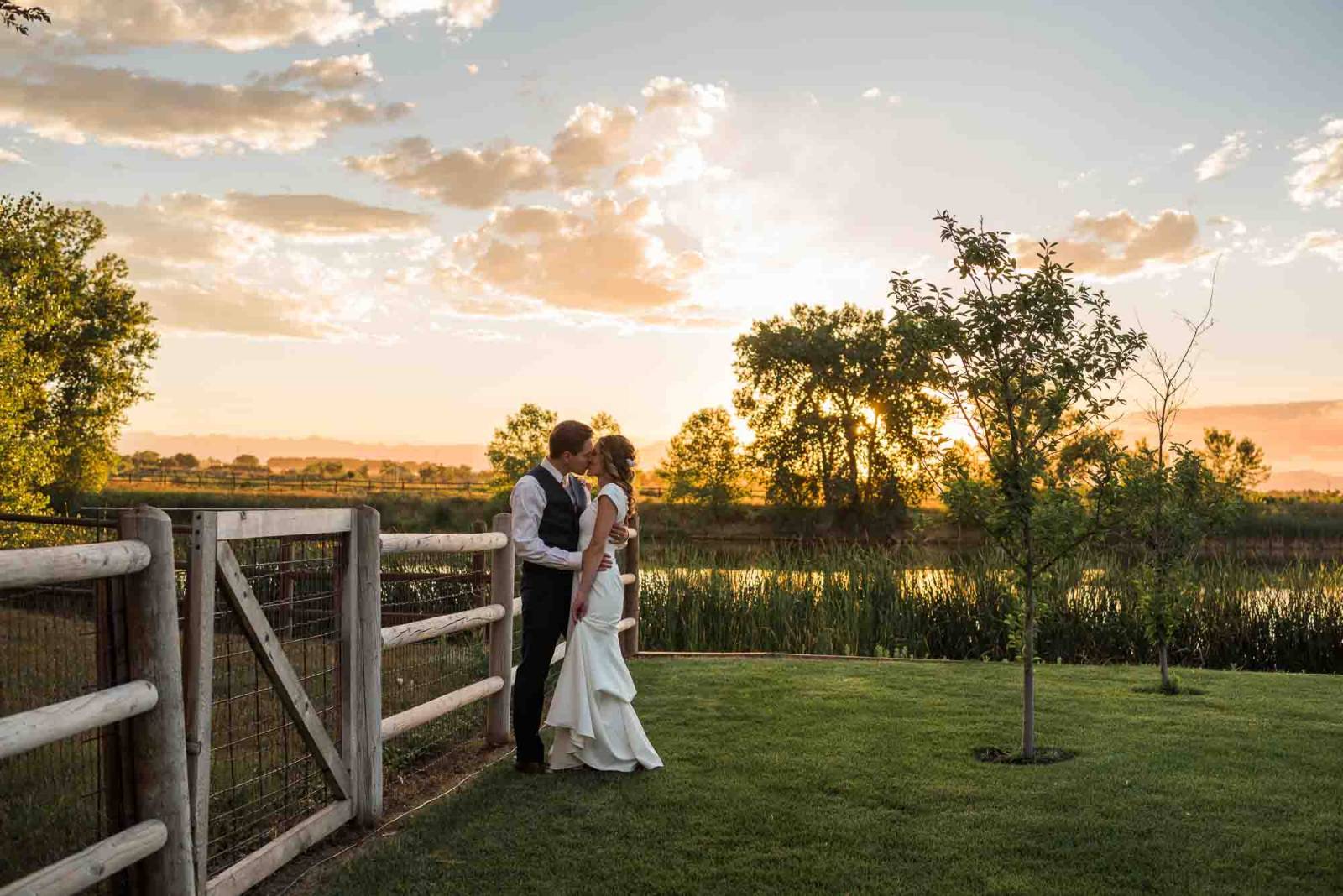 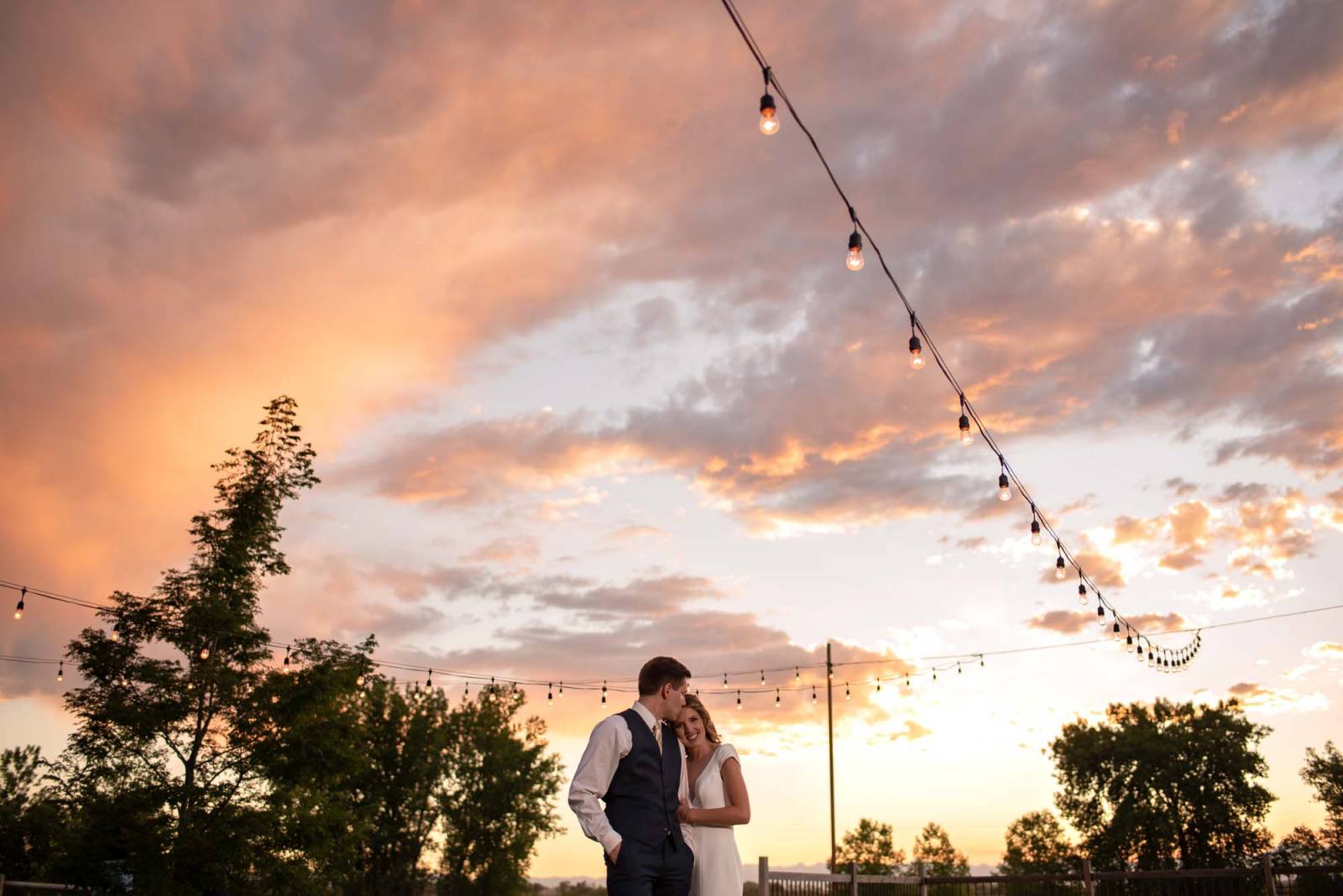 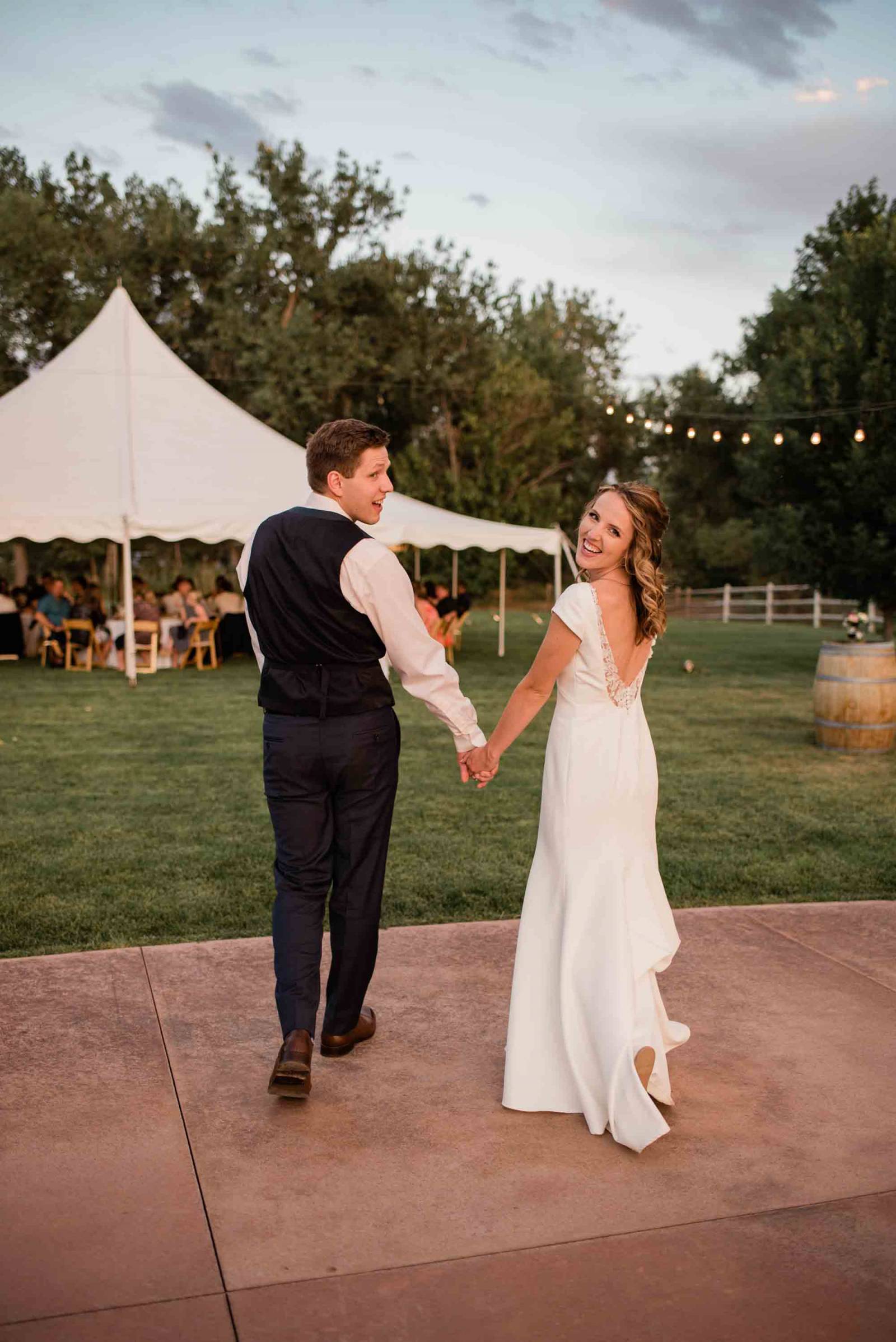