Notes from the photographer, Frances Sylvest:

After making the trip from Texas to Boulder, Colorado, Sarah & Kristian had their hiking adventure elopement at the beautiful Brainard Lake near Ward, Colorado. After a 4:00 A.M. wake-up call, they were greeted with a beautiful Colorado fall day, as the Aspens and foliage were in full color & the Indian Peaks Wilderness still had signs of snow from the week before. As they said their vows the sun peaked over the foothills and out of the clouds to light up the peaks in the distance as well as the trees around Brainard Lake. Although it was slightly cold and windy, they handled the conditions like locals and were received by one of the prettiest elopement backdrops I’ve ever had the pleasure of photographing.

To escape the wind, we then made our way up to Mitchell lake where we were met with warmer temperatures and the most beautiful fall colors. After stopping in several beautiful locations along the trail, we found ourselves at Mitchell Lake alone, as Sarah & Kristian soaked in a few moments of awe with the mountains in the background. 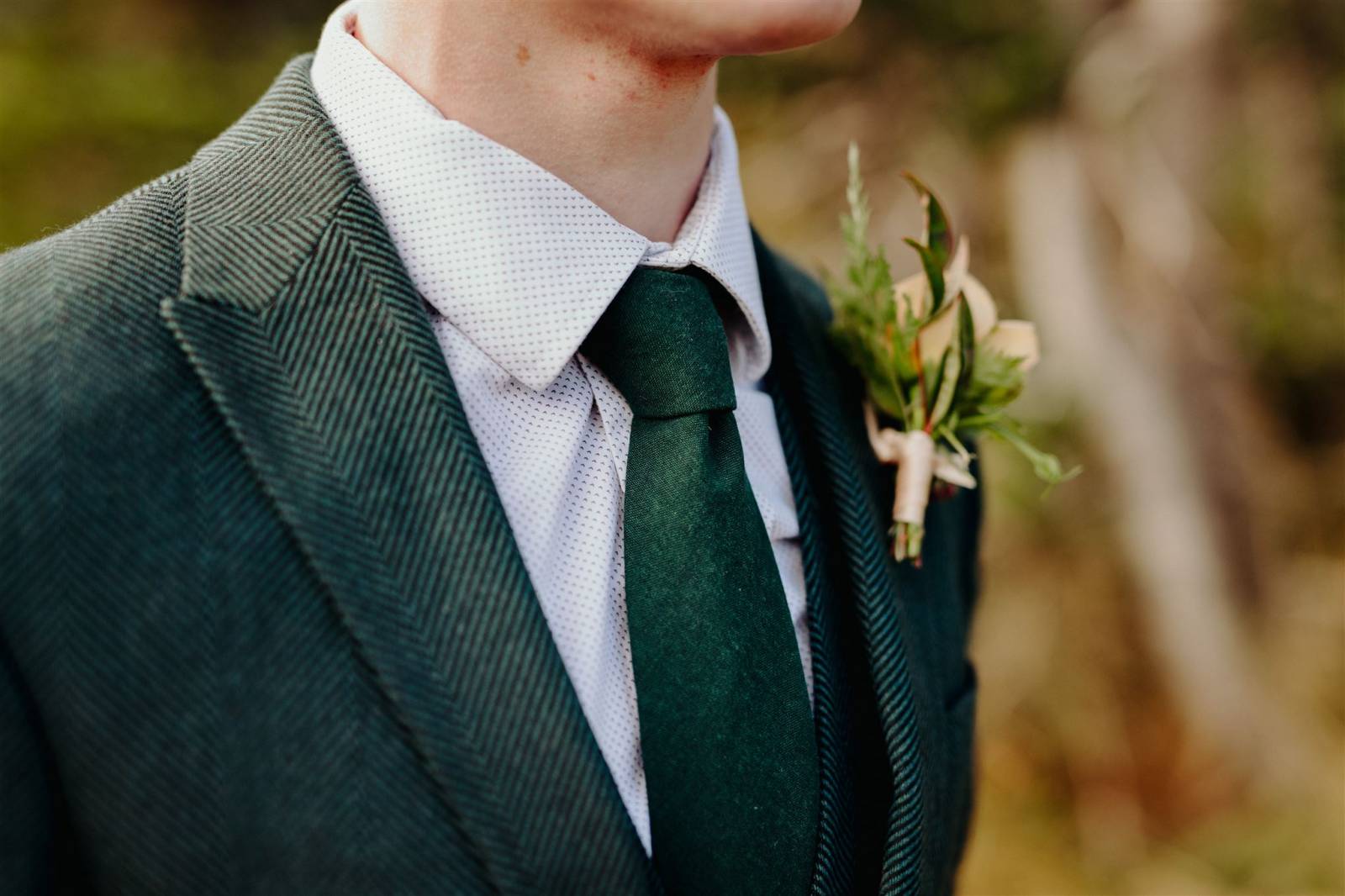 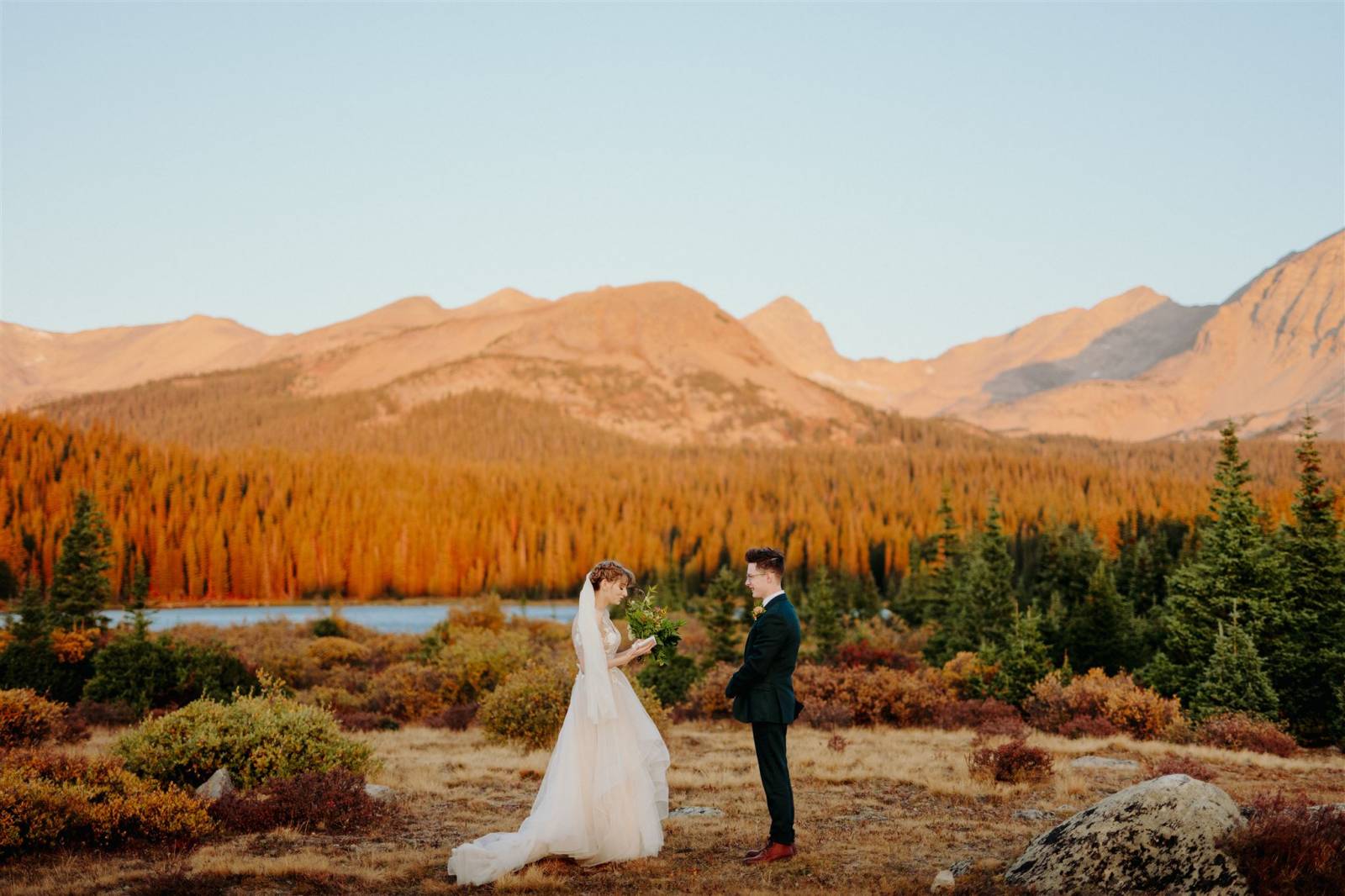 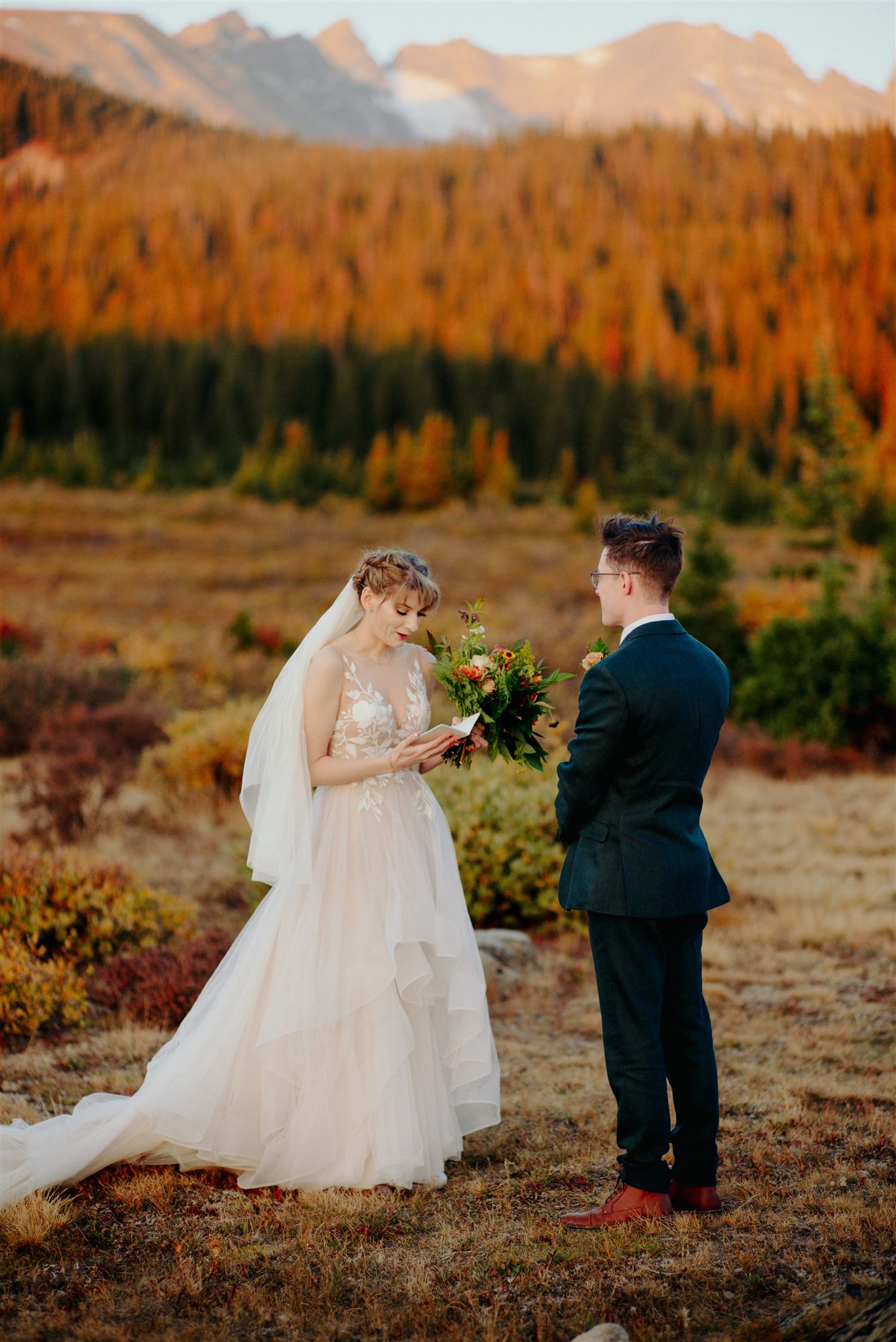 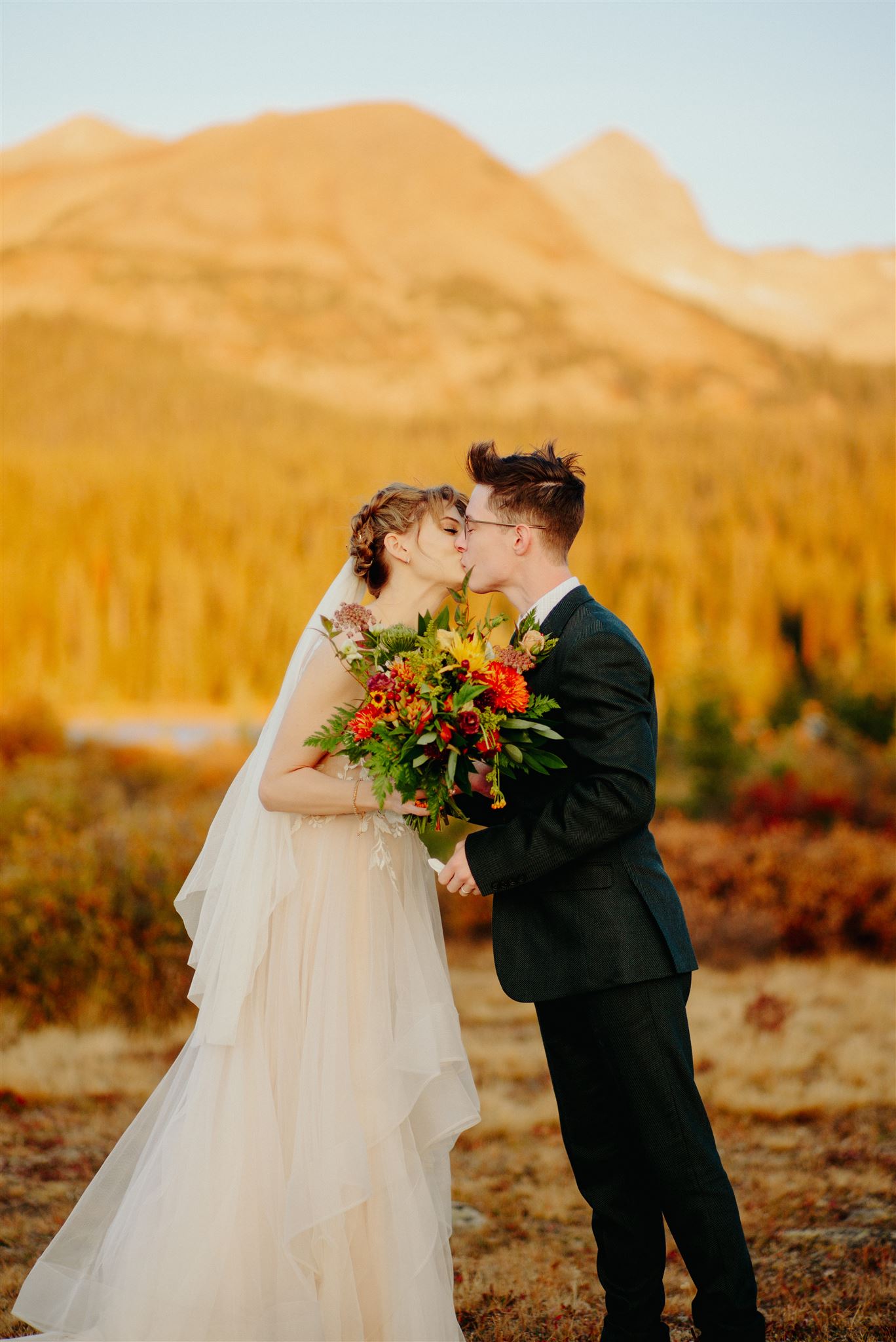 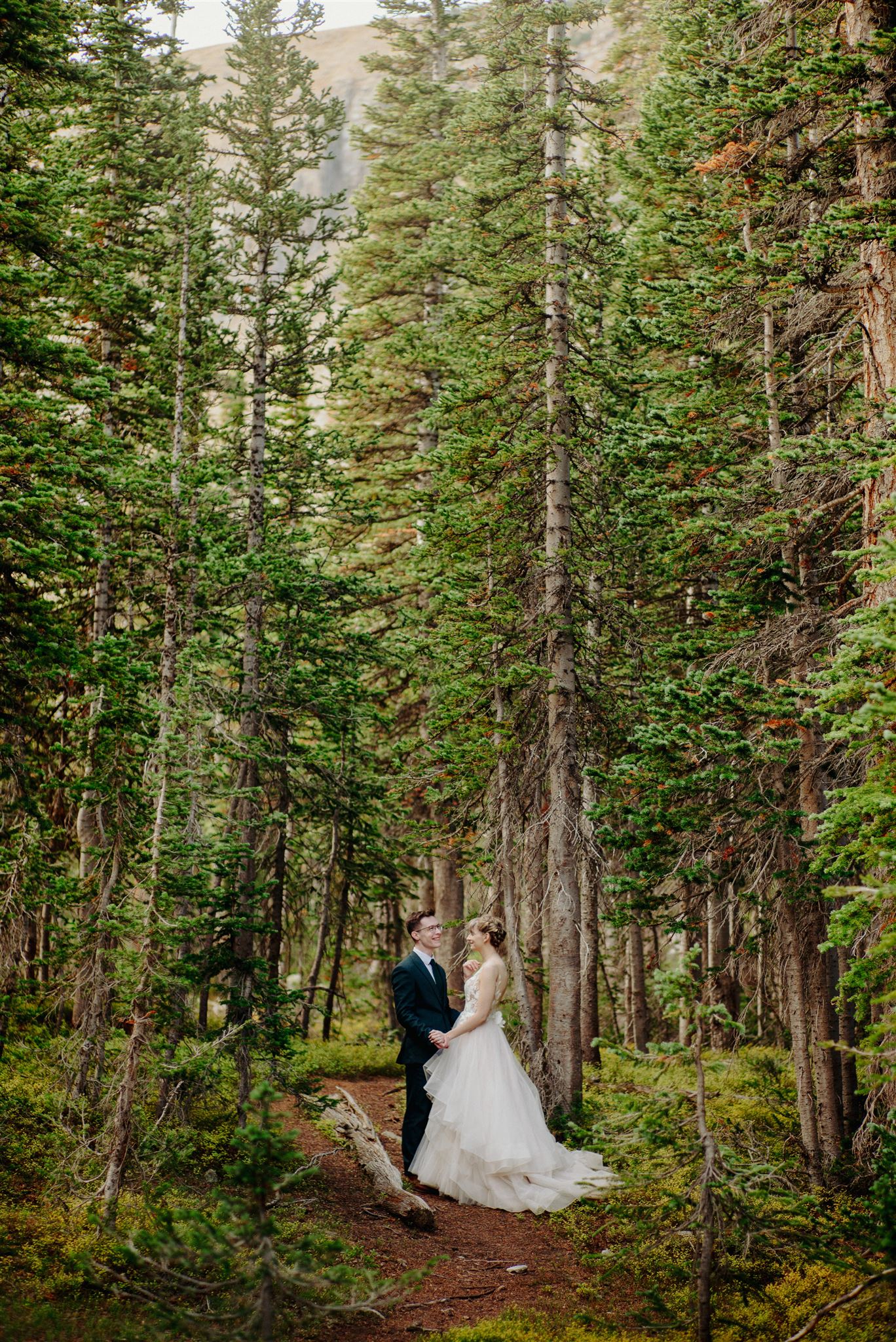 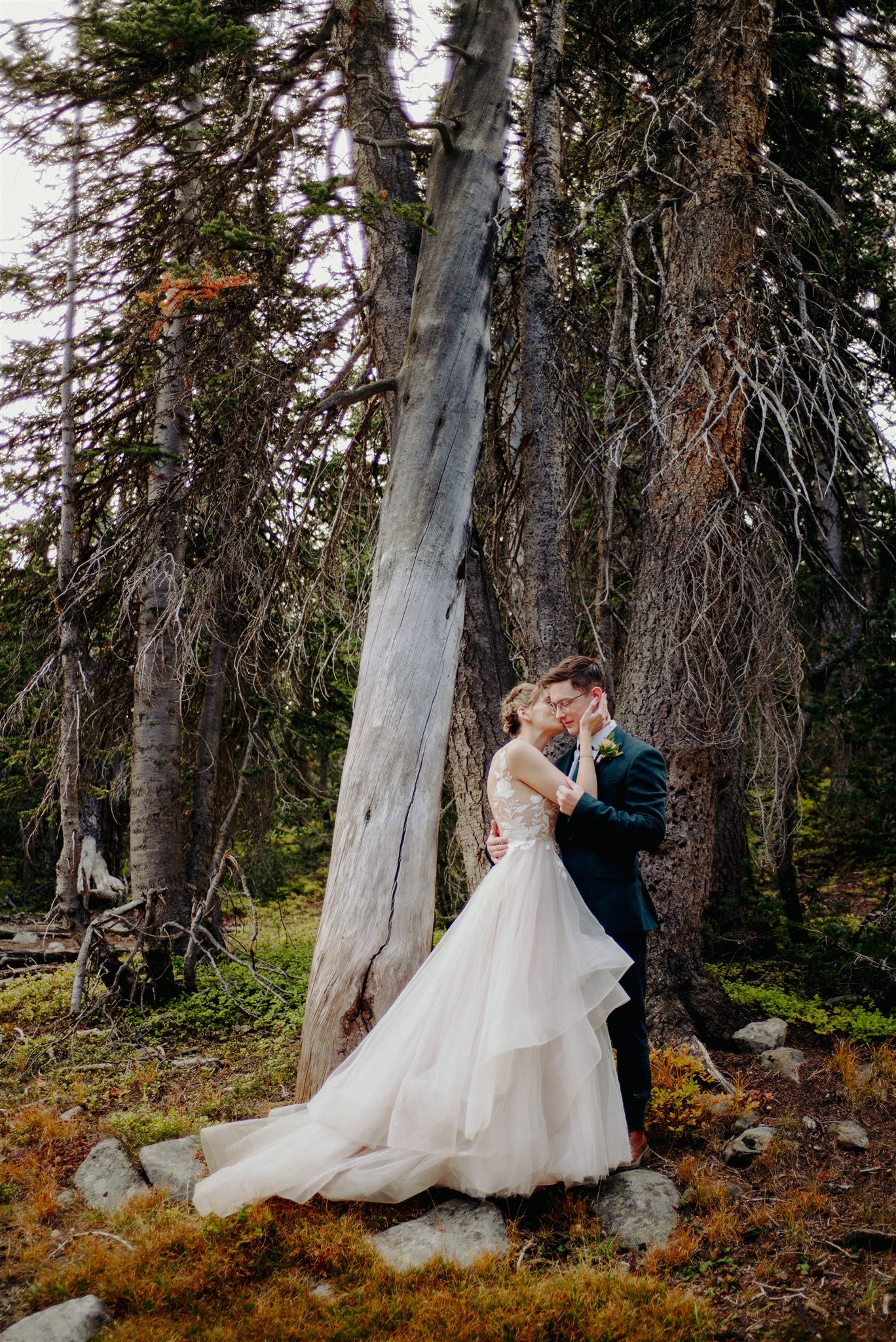 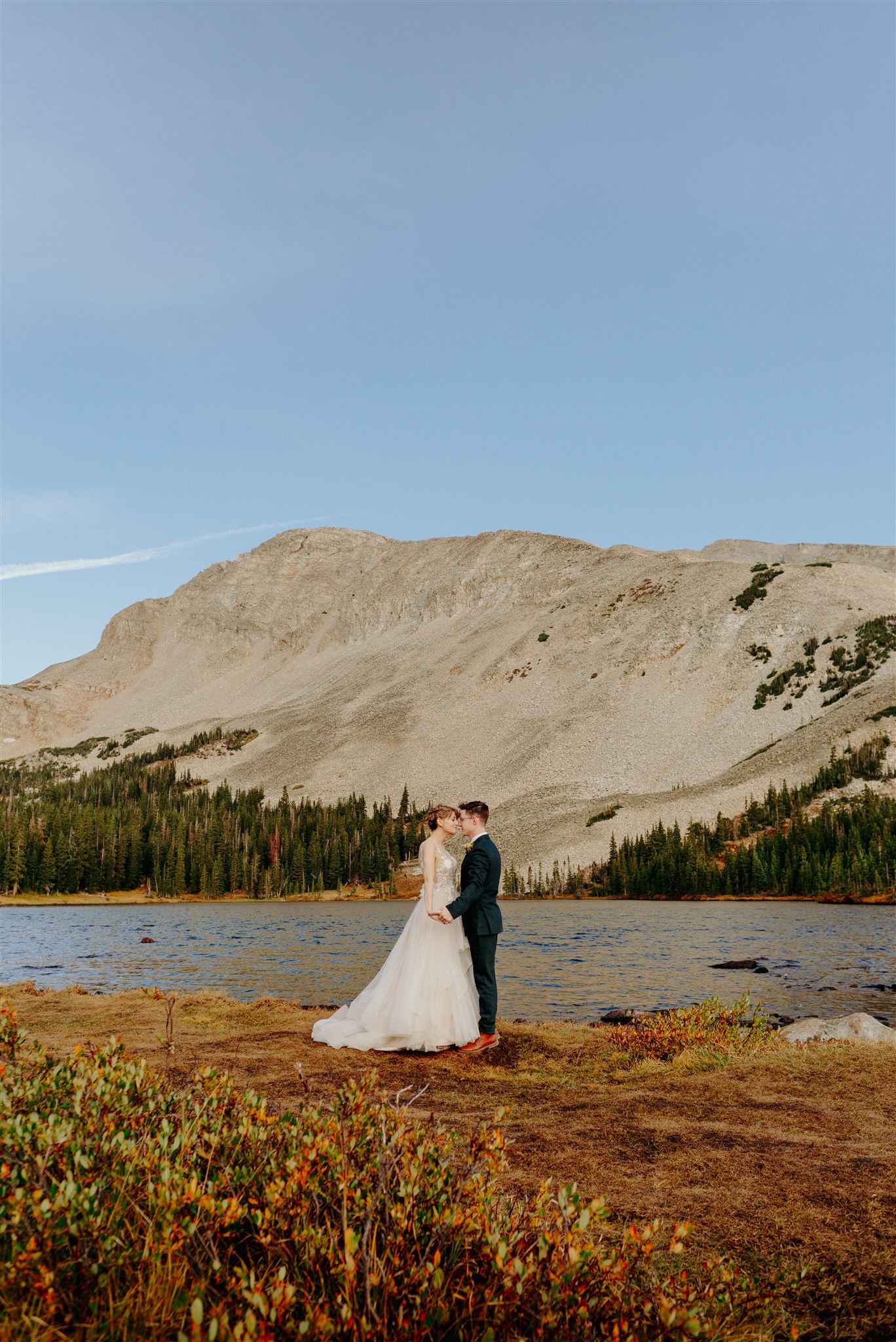 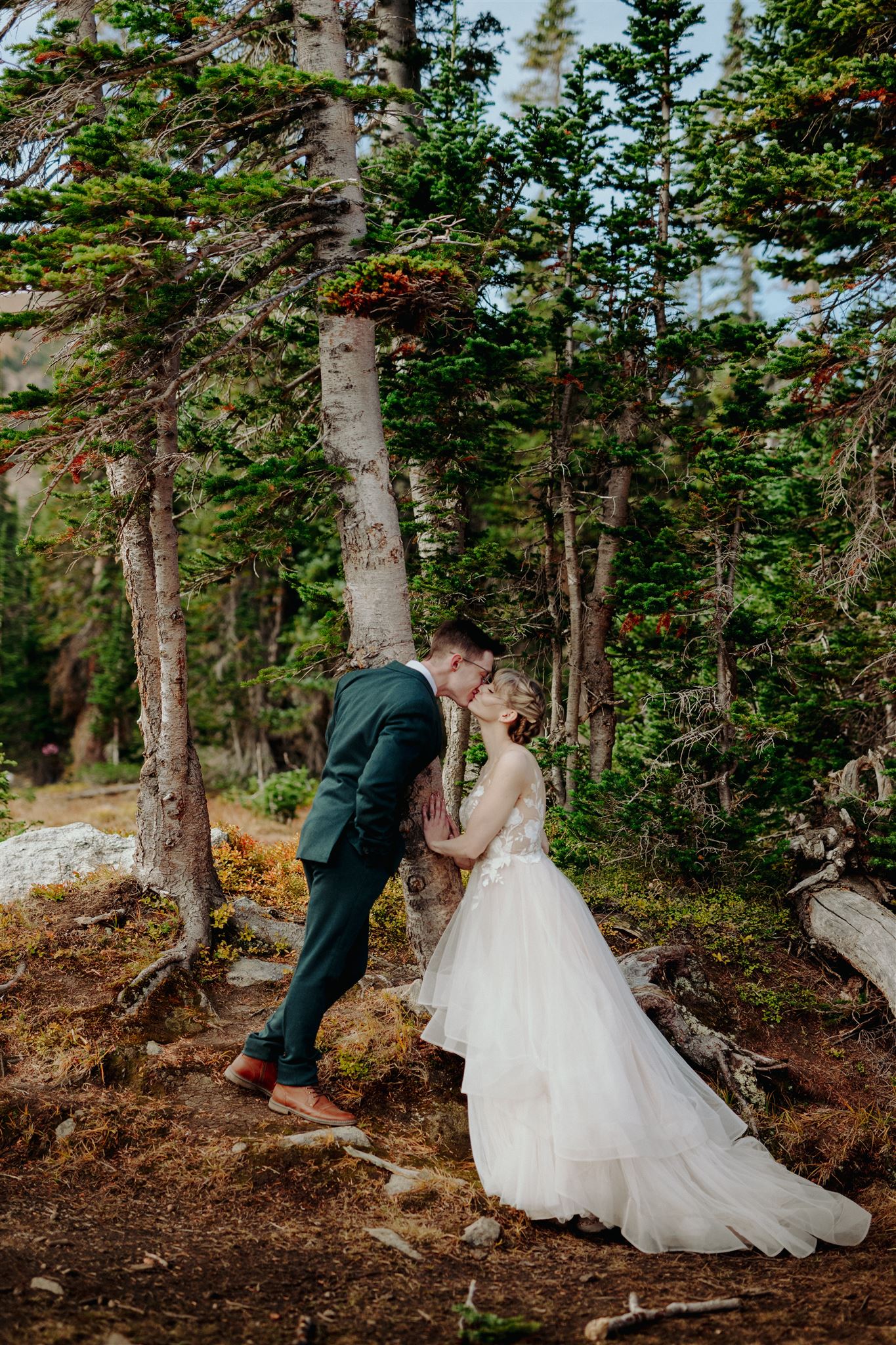 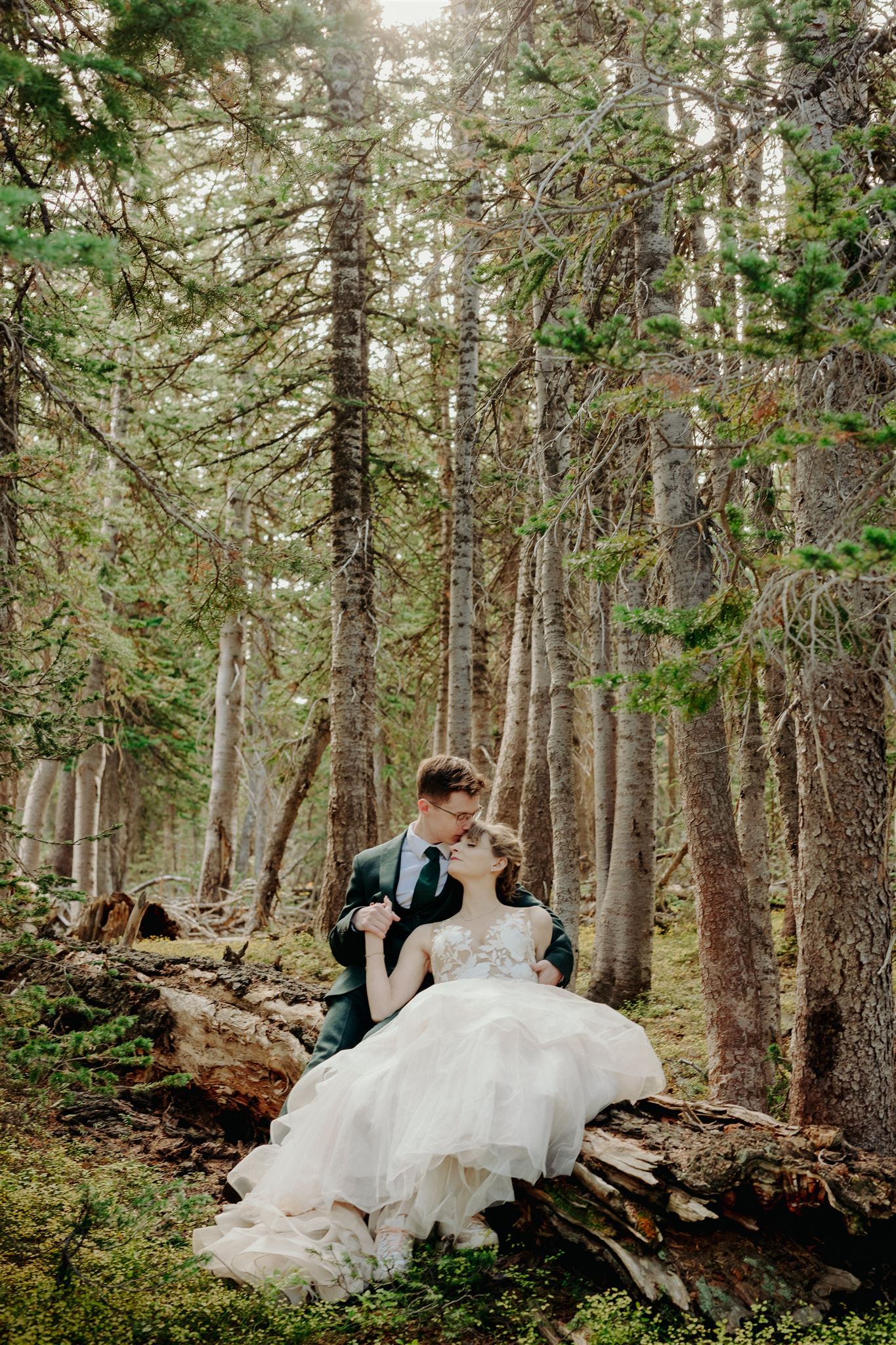 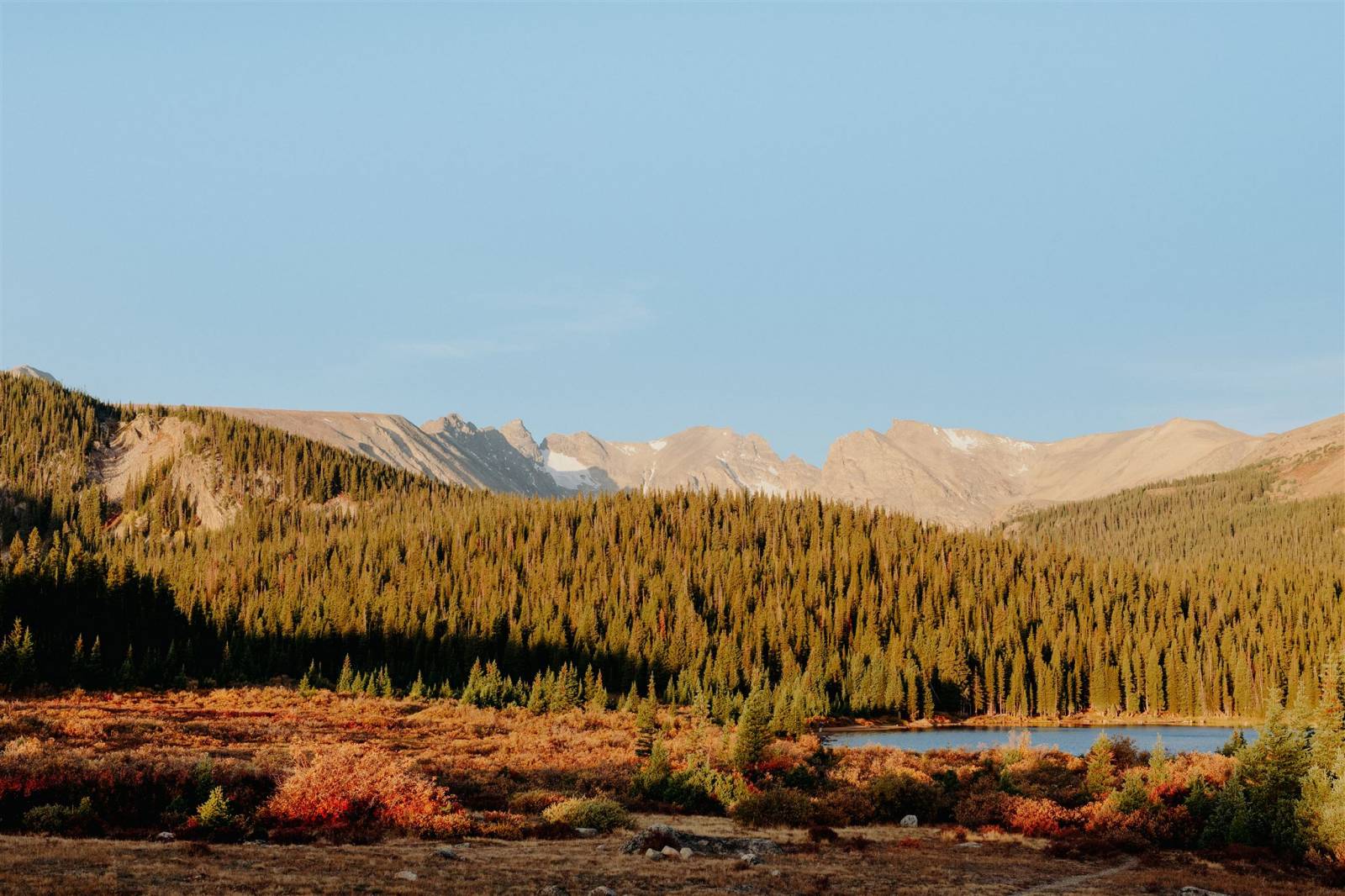 Is it just me or do wedding dresses make for great hiking apparel?