Notes from the photographer, Kelly of In Love and Adventure:

My and Rea contacted me just a little over two weeks before their elopement. They had just decided they would be moving to South America for their next career change, and they needed to get married fast! When they first decided to get married, their idea was "something like Vegas except much better". Alex and I were beyond excited to help this couple make their dream wedding a reality in just two short weeks. We helped them pick a location that checked off all of their boxes. Water so they could paddle around in their inflatable pack raft, a short hike that wasn't too strenuous, big mountains, trees, and gorgeous mountain views. We started their day with a first look by the river in Buena Vista. After their first look, we went to the trailhead of the hike we helped them pick. Along the hike on the way into the lake, we stopped to take some photos. We knew rain was in the forecast so I wanted to capture them and the big mountains before the clouds rolled in and covered them up, which I'm so glad we did! Once we reached the top of the mountain with 360-degree mountain views, and the lake backdrop, they pulled out their rings and their hand made wedding vow booklets and had their private ceremony right on top of the mountain. Once pronounced husband and wife, we hiked back down so the two could have their own adventure paddling out to the island. Once the two of them had their fun, we headed back to the trailhead, and even passed a moose! It was incredible! We ended their night by going to a near by mountain pass and popped some champagne to celebrate, nailed a wine box shut, and officially sign their marriage license.  Although it rained on their elopement day, it was so fun! Their blue and yellow rain jackets really made for some beautiful photos. 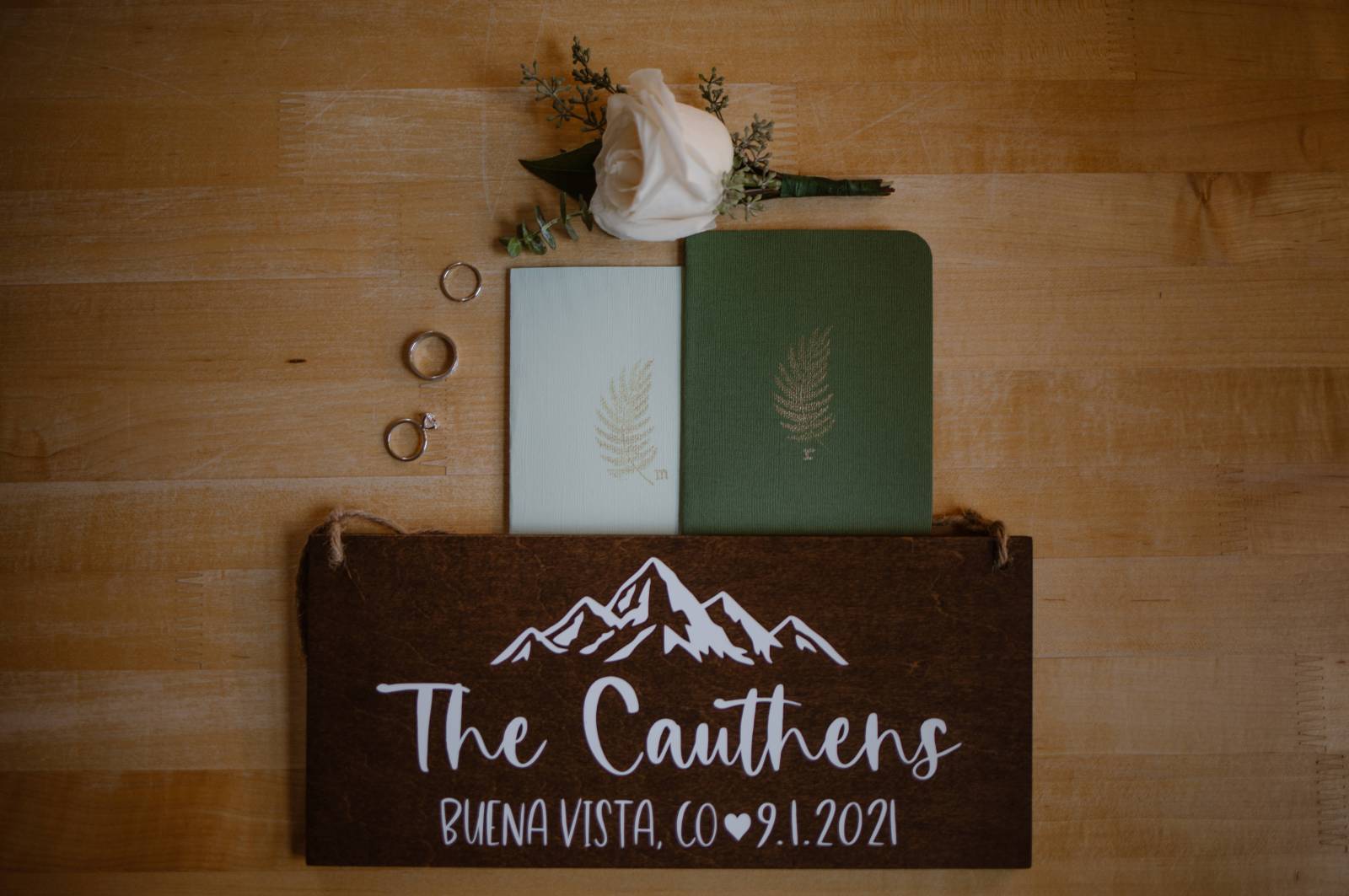 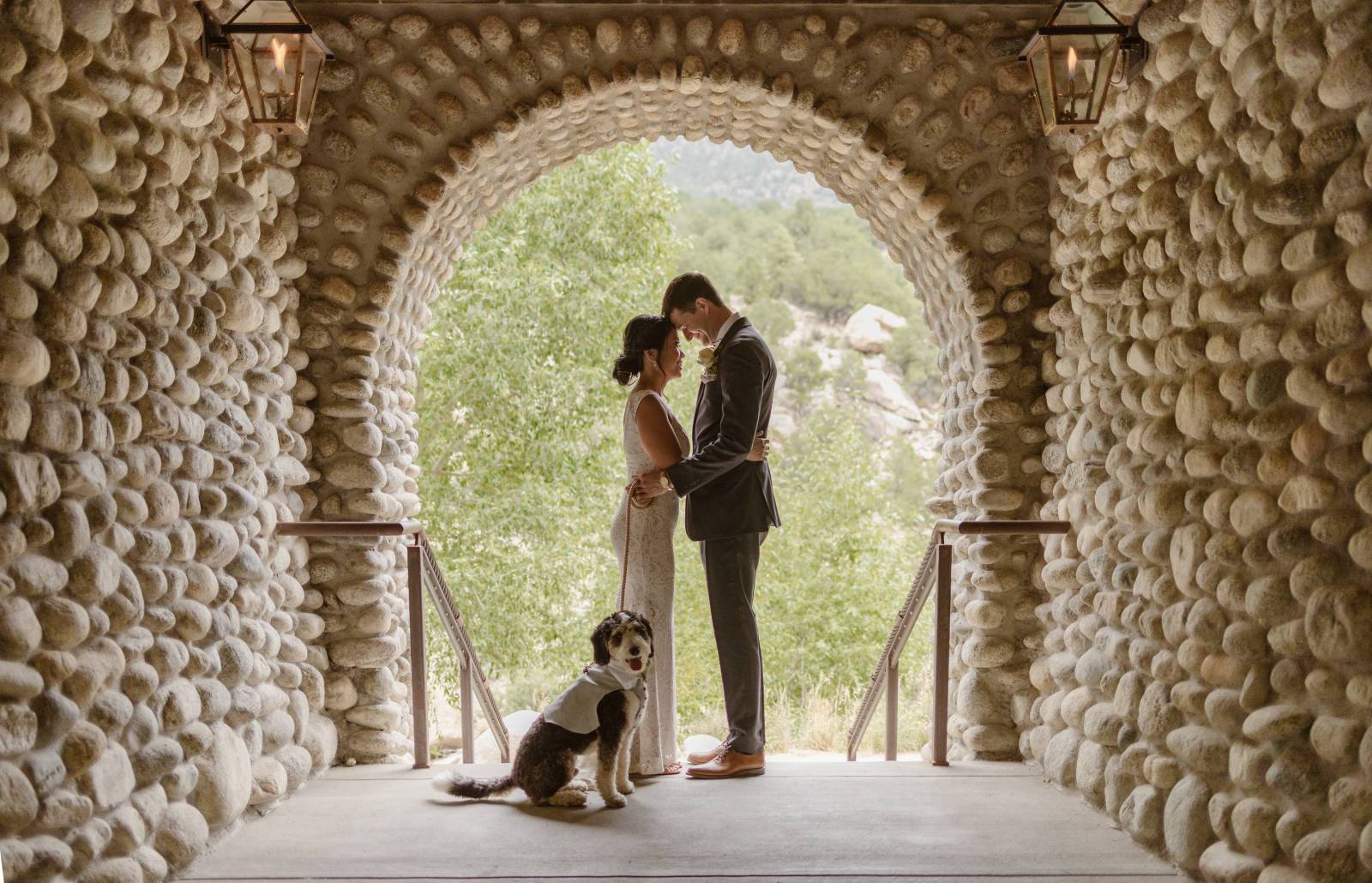 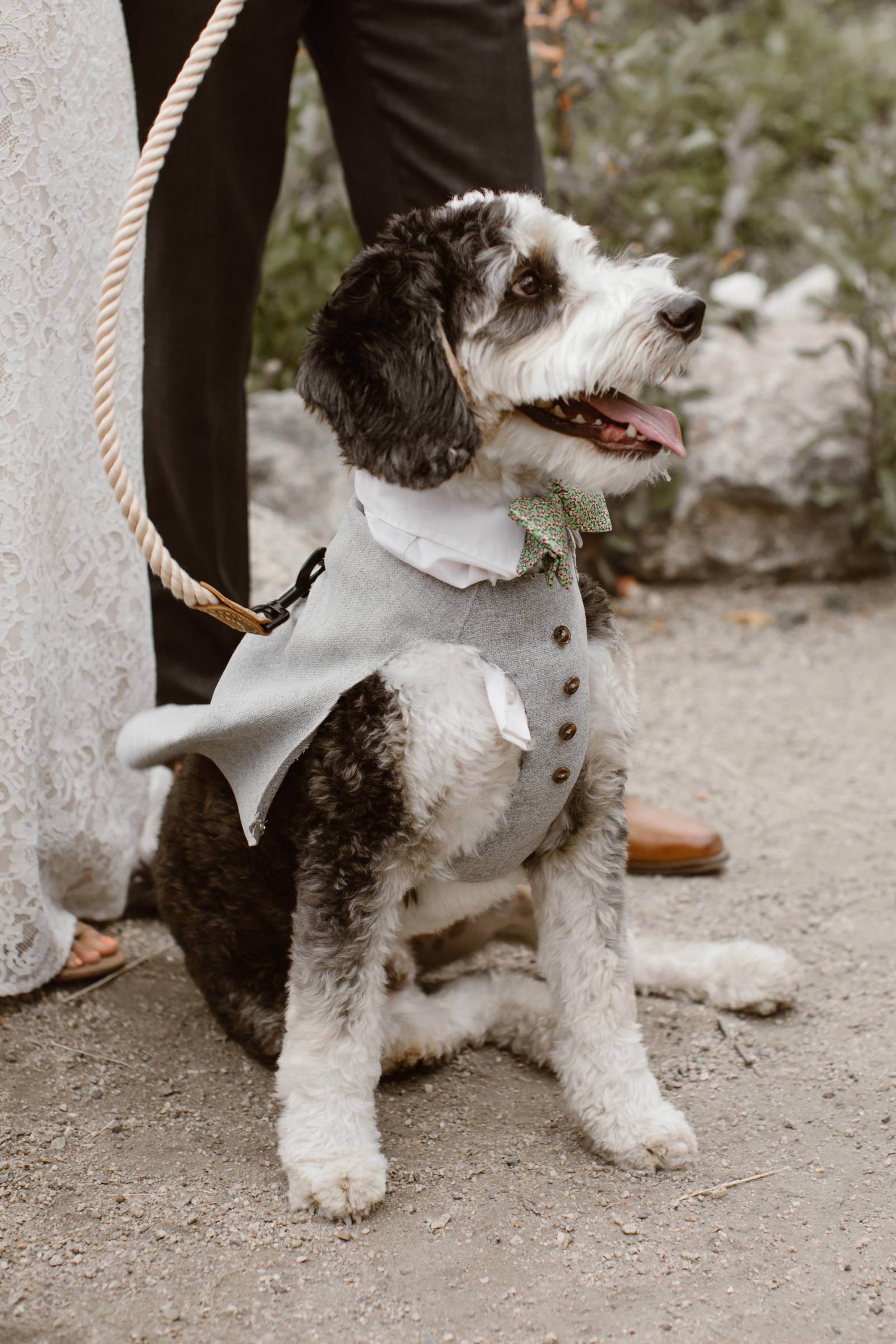 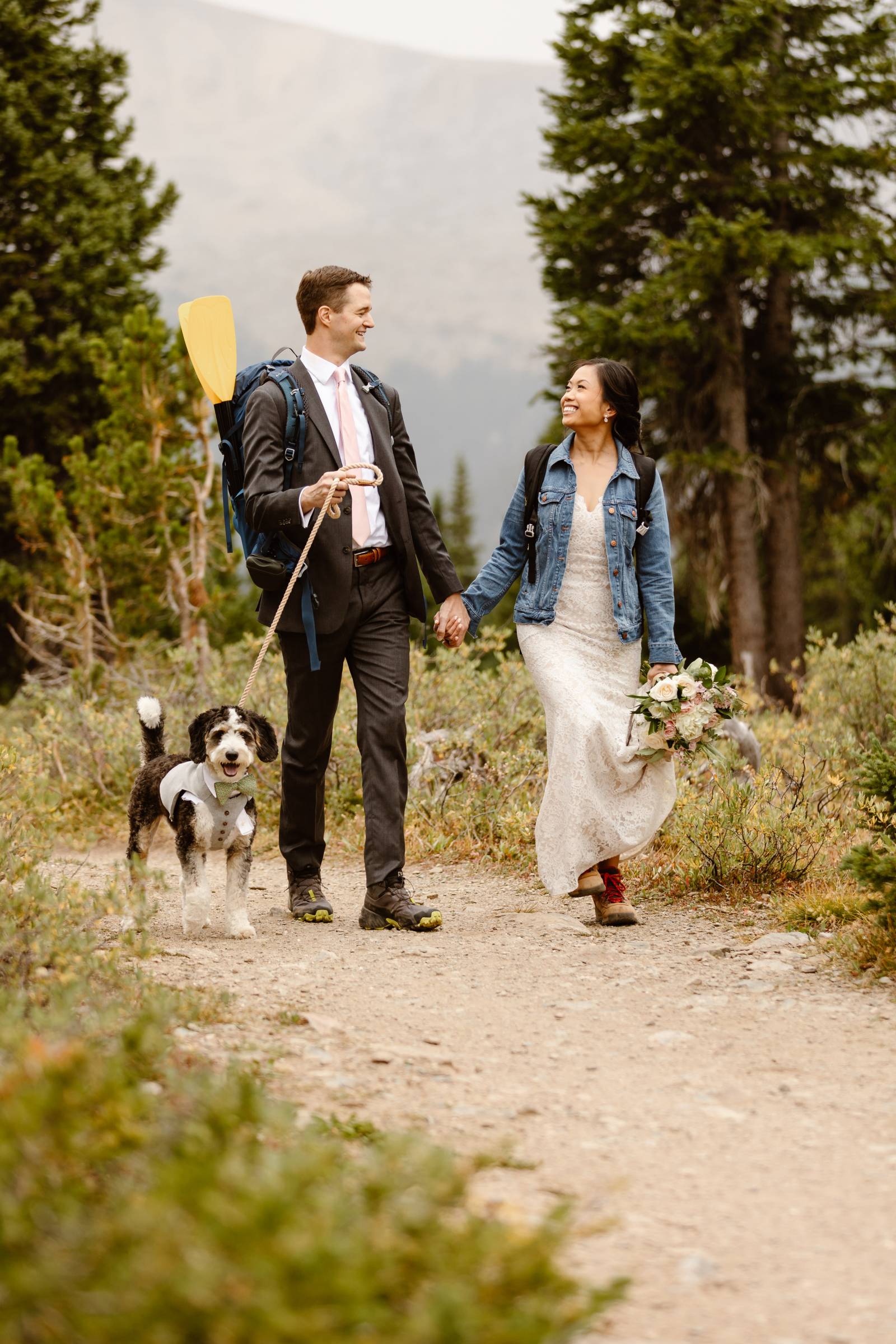 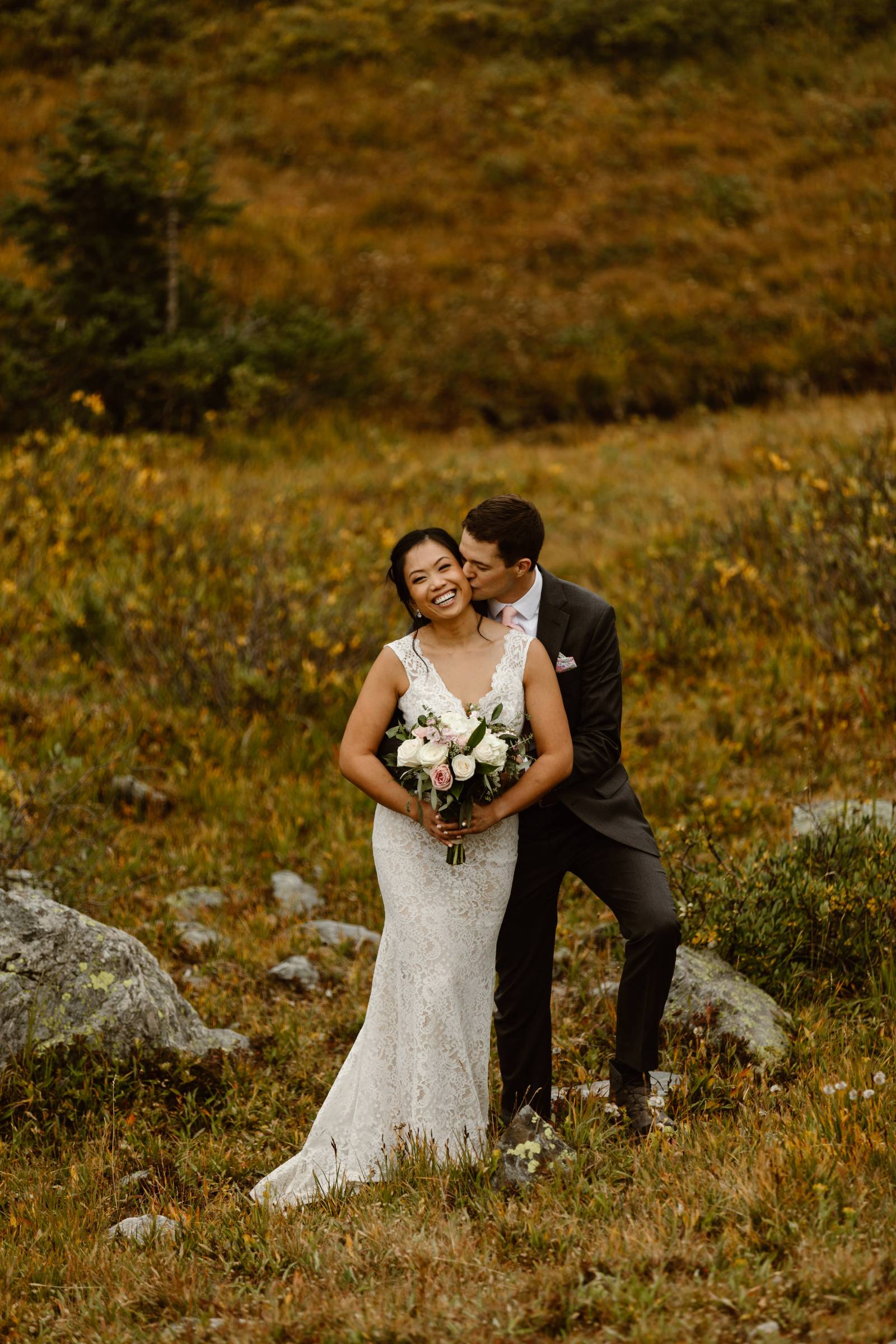 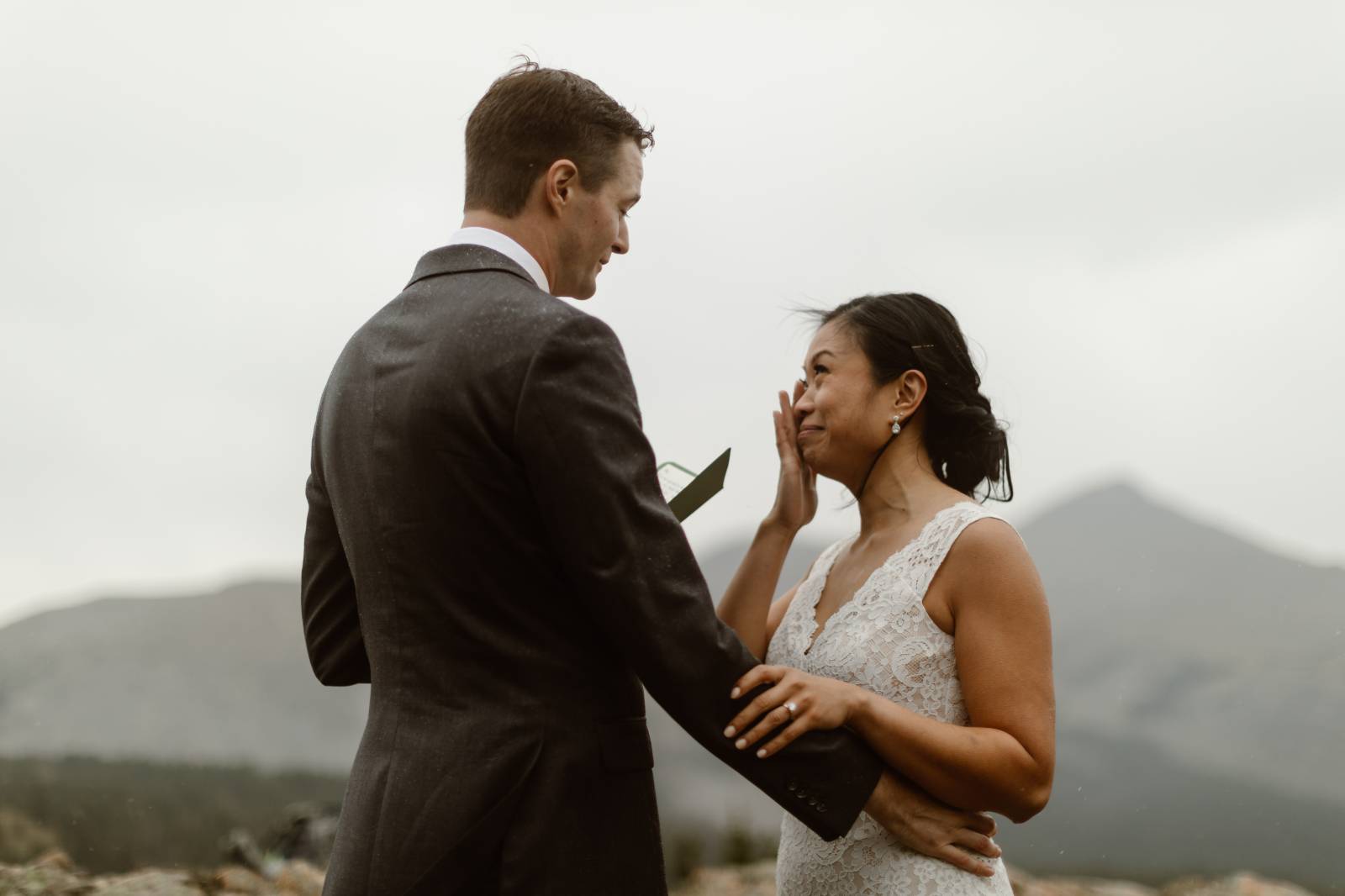 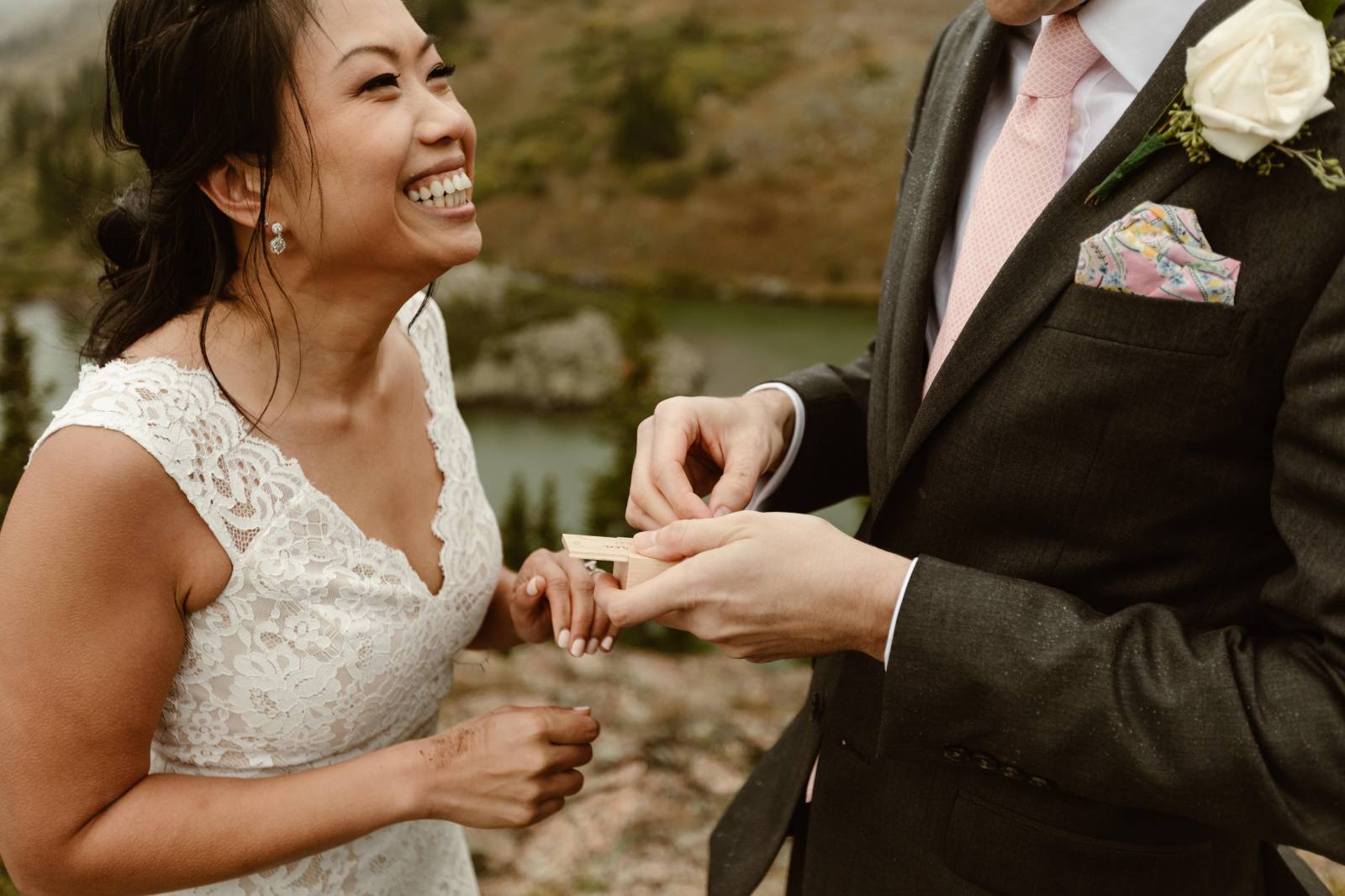 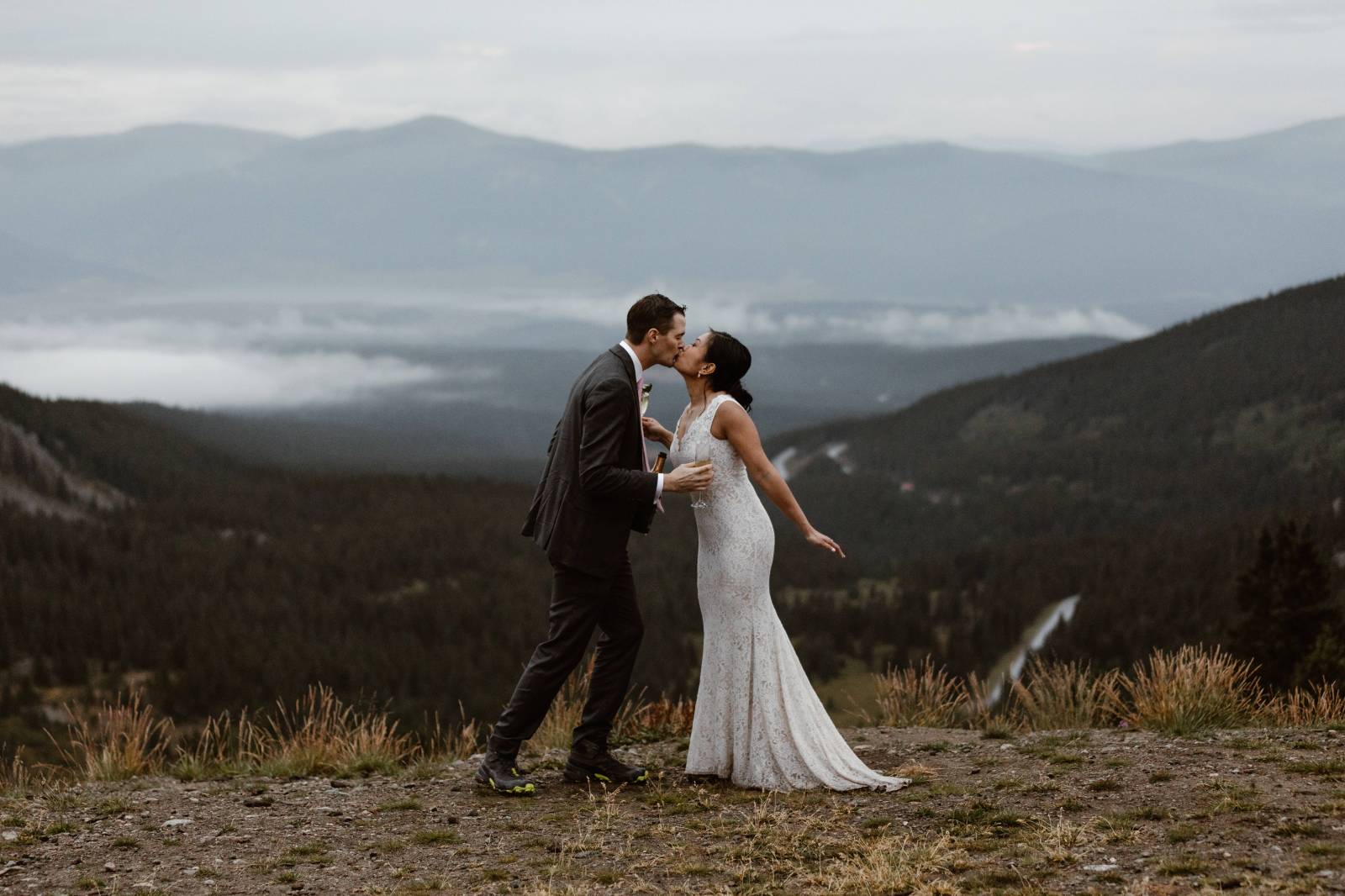 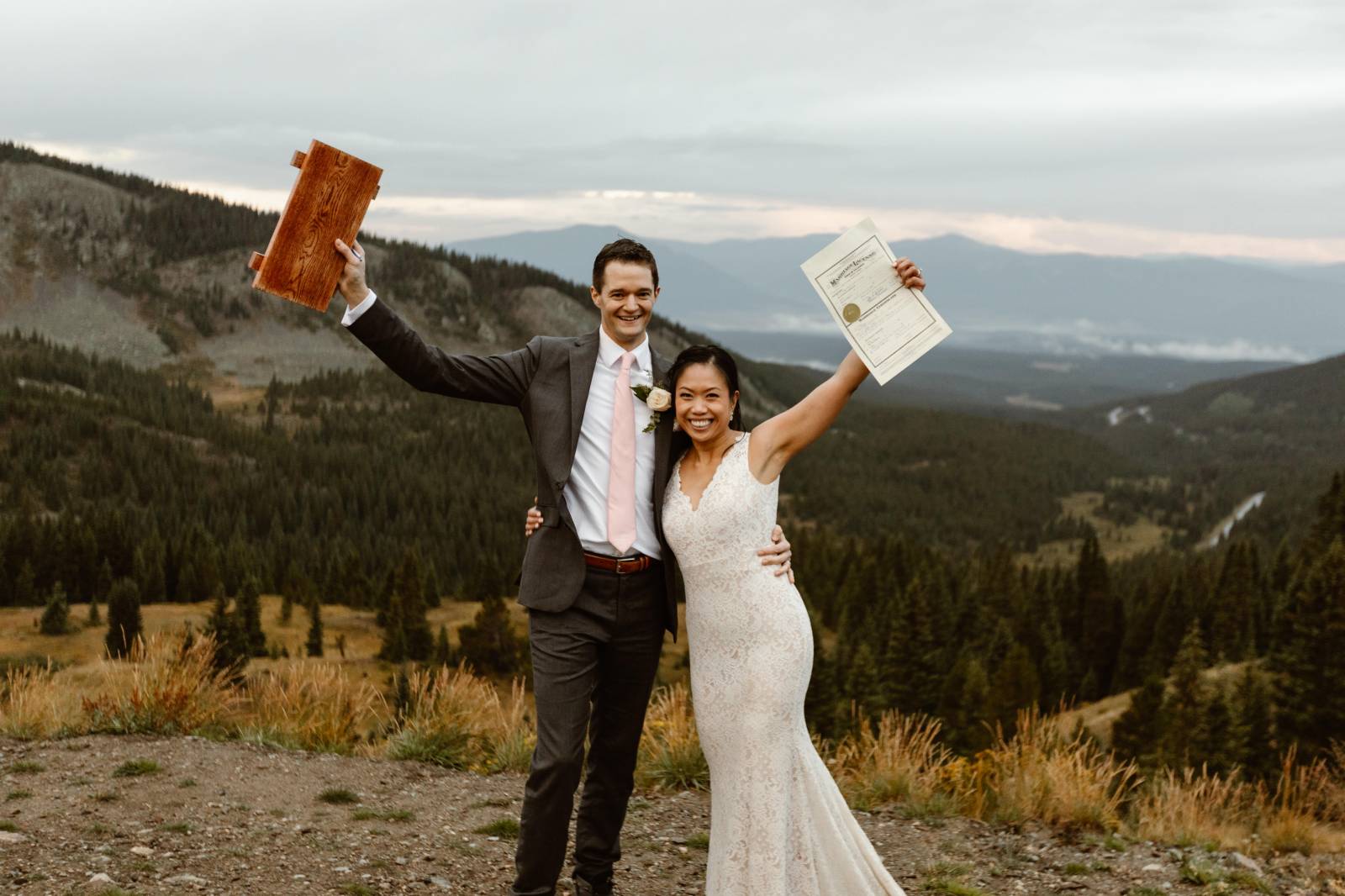 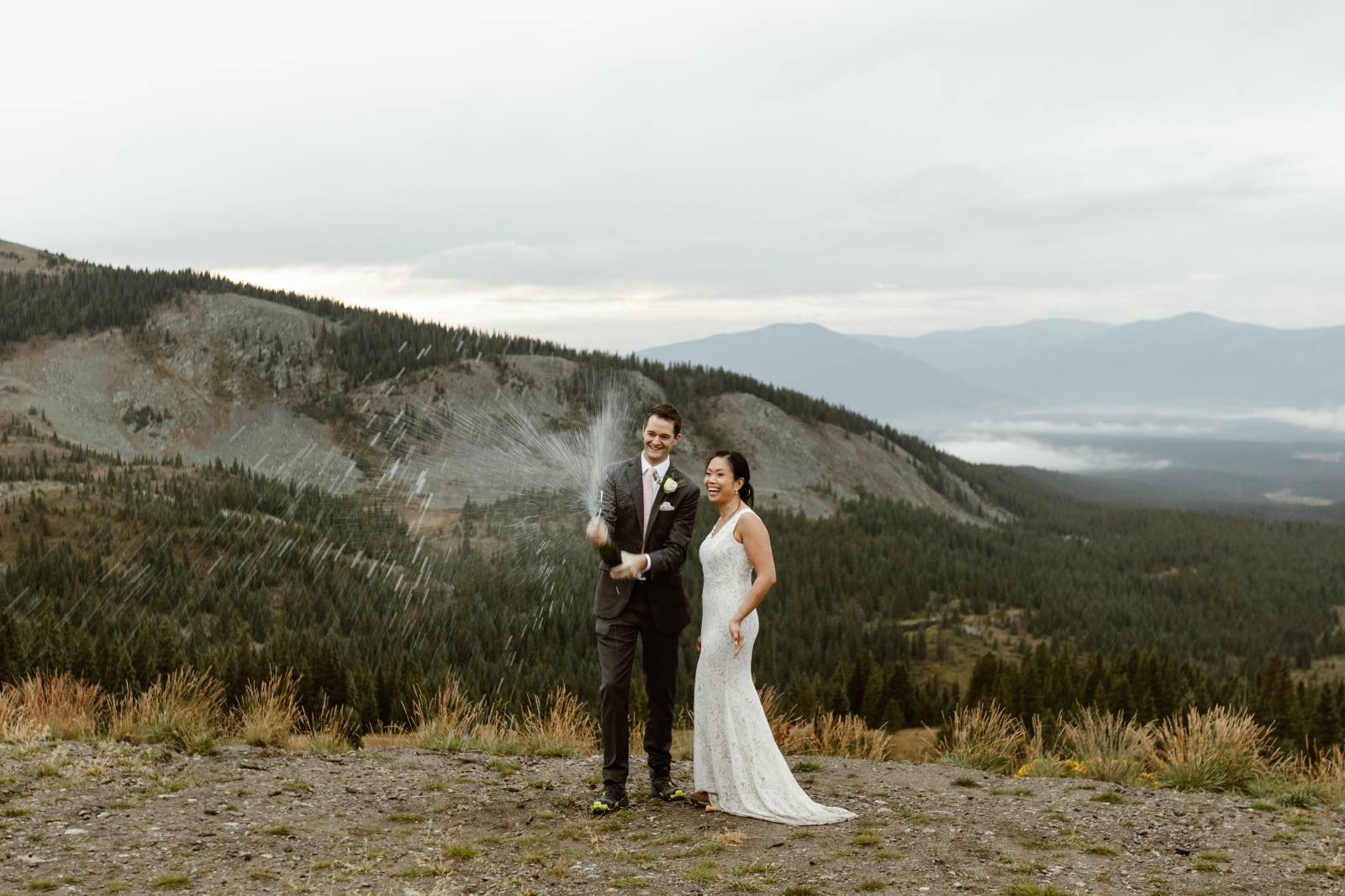 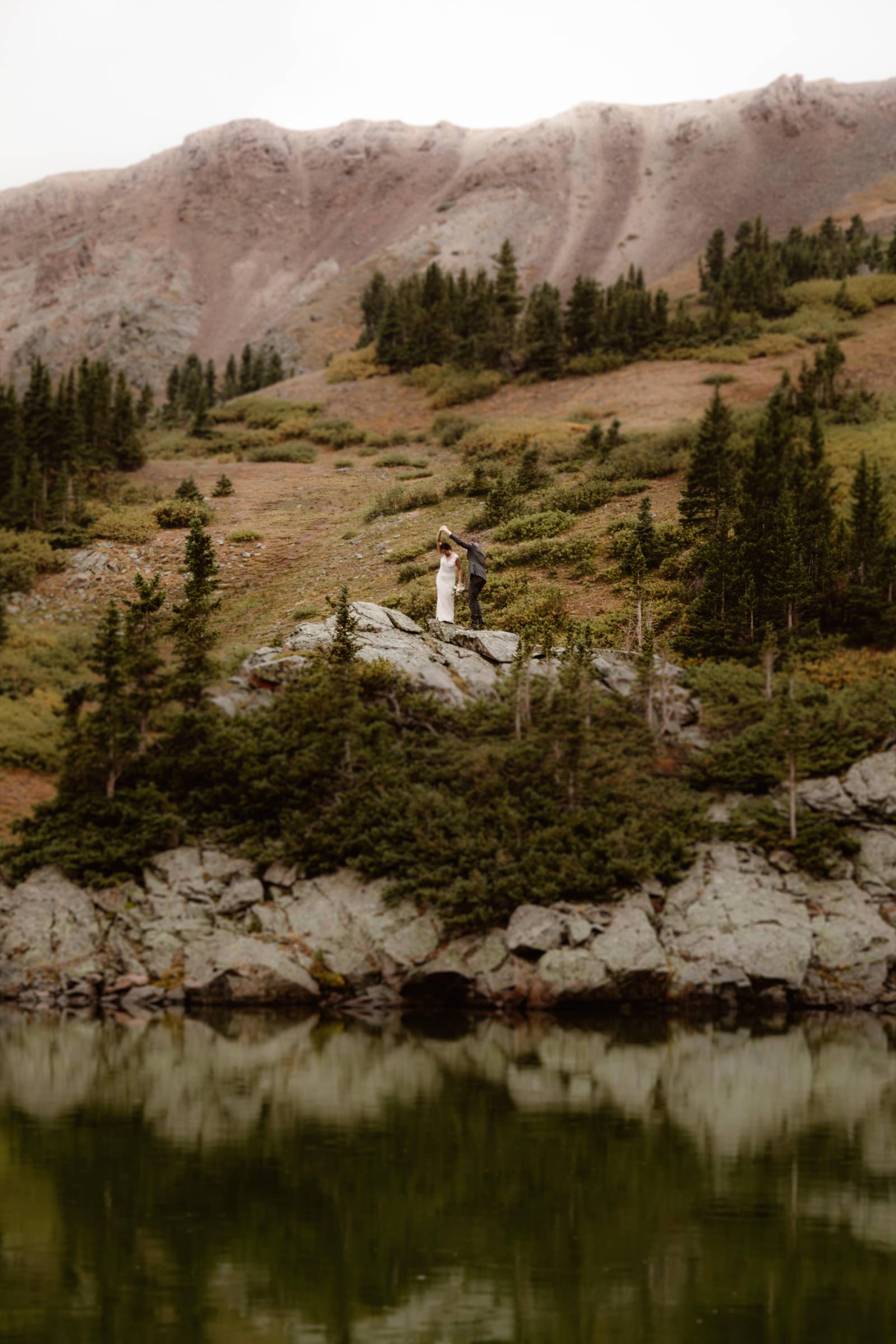 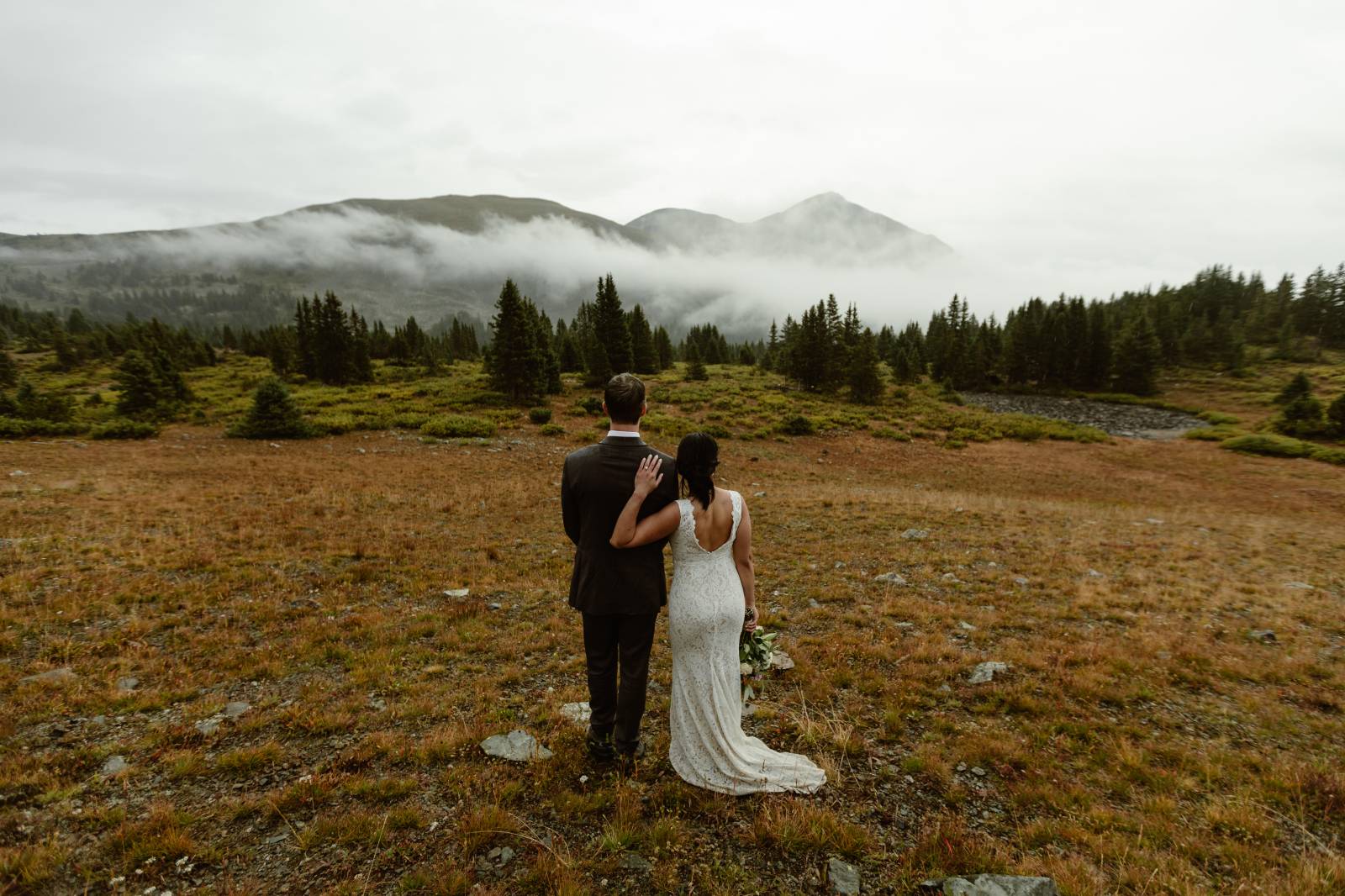 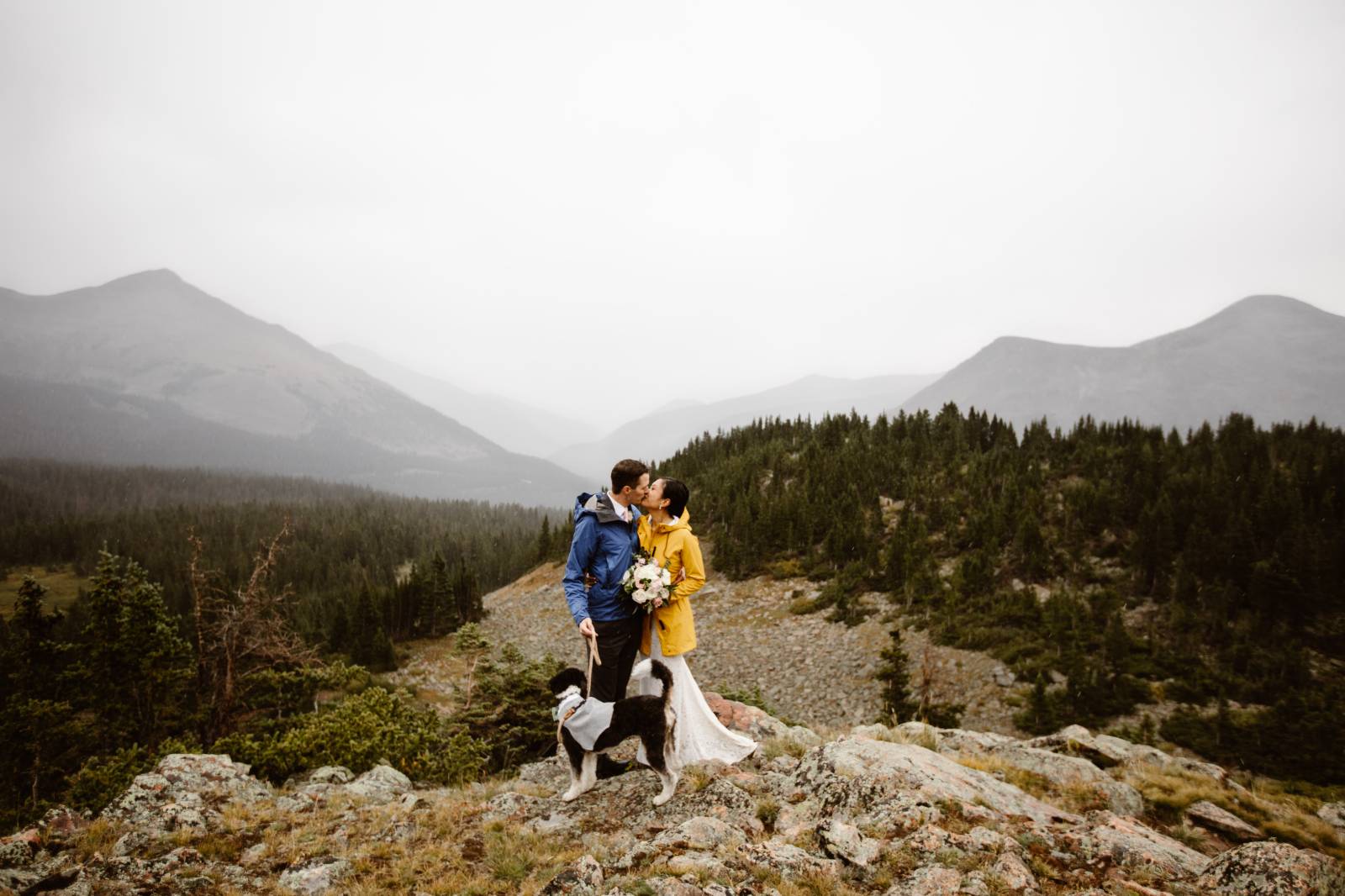 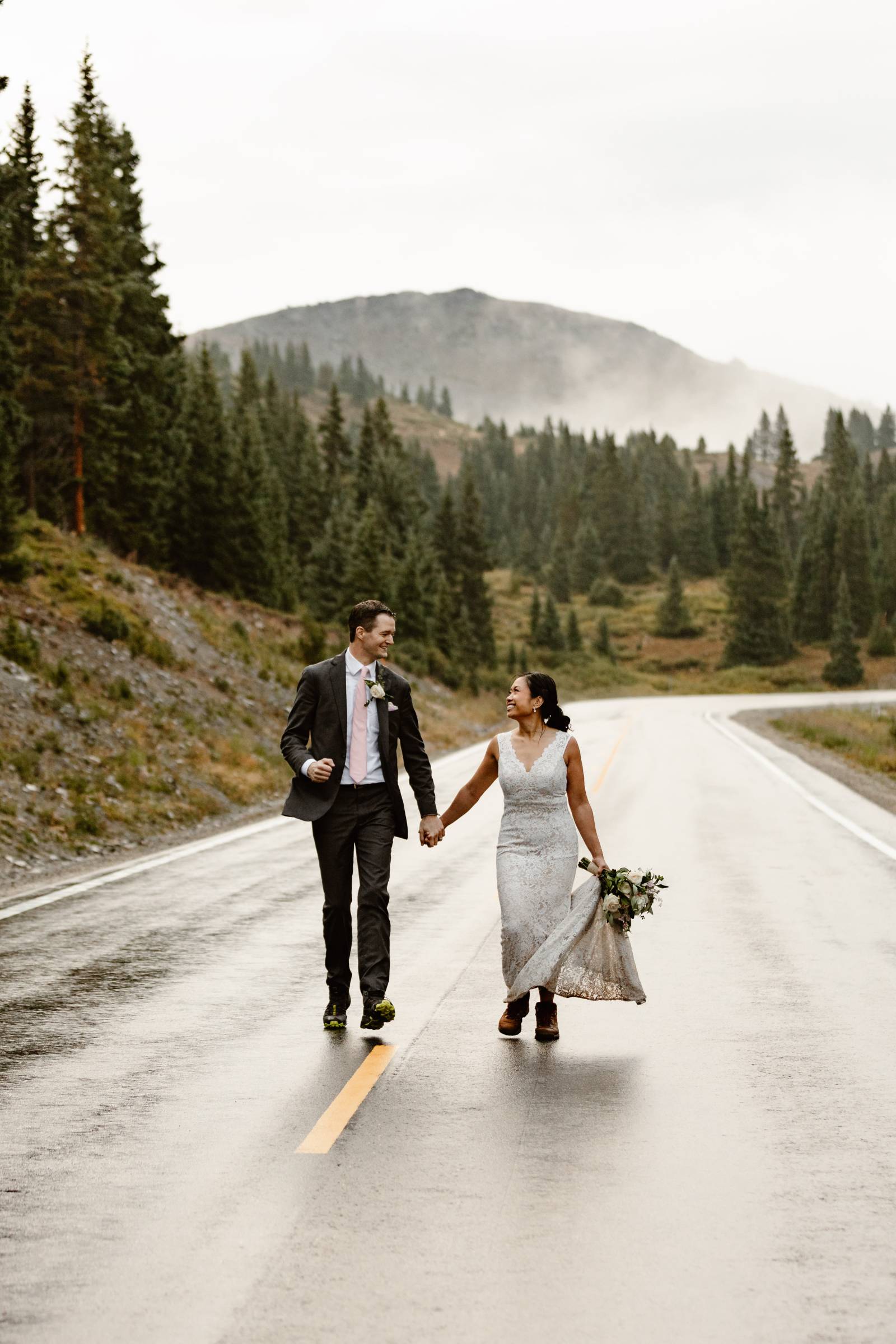