Notes from the photographer, Lucy Schultz,

Brittany and Brian met totally by chance - but they instantly knew they were meant to be together. Brittany was on her lunch break when she spotted a dreamy guy restocking the restaurant. He stopped at her table and they had a brief conversation before Brian moved on to his next delivery. He got in his truck and told his coworker he'd like to marry a girl like that someday, while she finished her lunch and asked the manager if he knew who that handsome delivery guy with the long hair was - but Brian was filling in for someone else that day, and he wasn't even supposed to be on that route. Brittany left the restaurant, disappointed that she'd let such a cute guy slip away when she spotted his truck leaving the parking lot - so she got in hers and blocked him from leaving. She wrote her phone number on a sticky note and as she handed it to her future husband through his rolled-down window, she said, "I think you're going to need this." And the rest is history!

Together they planned a magical forest themed wedding outdoors at the Pines At Genesee. They requested that their ceremony take place at twilight so the candles in her bridesmaids' lanterns and the lights strung above would make the space glow. Photography was very important to them, so just before the ceremony, the two lovebirds took a short ride to the top of Genesee Mountain to catch the most beautiful golden glow for their couple's portraits. Moss, ferns, and lights surrounded the altar as they said their handwritten vows in the deepening dark of the woods. Every detail went with the enchanted fairytale mood - delicate flower crowns, a dagger, Brittany's trailing bouquet of flowers and brian's long braided hair, a pair of curious deer, even the ring bearer was a mini Robin Hood! The mushrooms-and-cupcakes dessert table enchanted their guests, and dried flowers, furs, horn chalices, and twinkling lights continued the magical theme into the reception room, giving guests the feeling they were between the pages of a storybook. Happily Ever After indeed, Brittany & Brian! 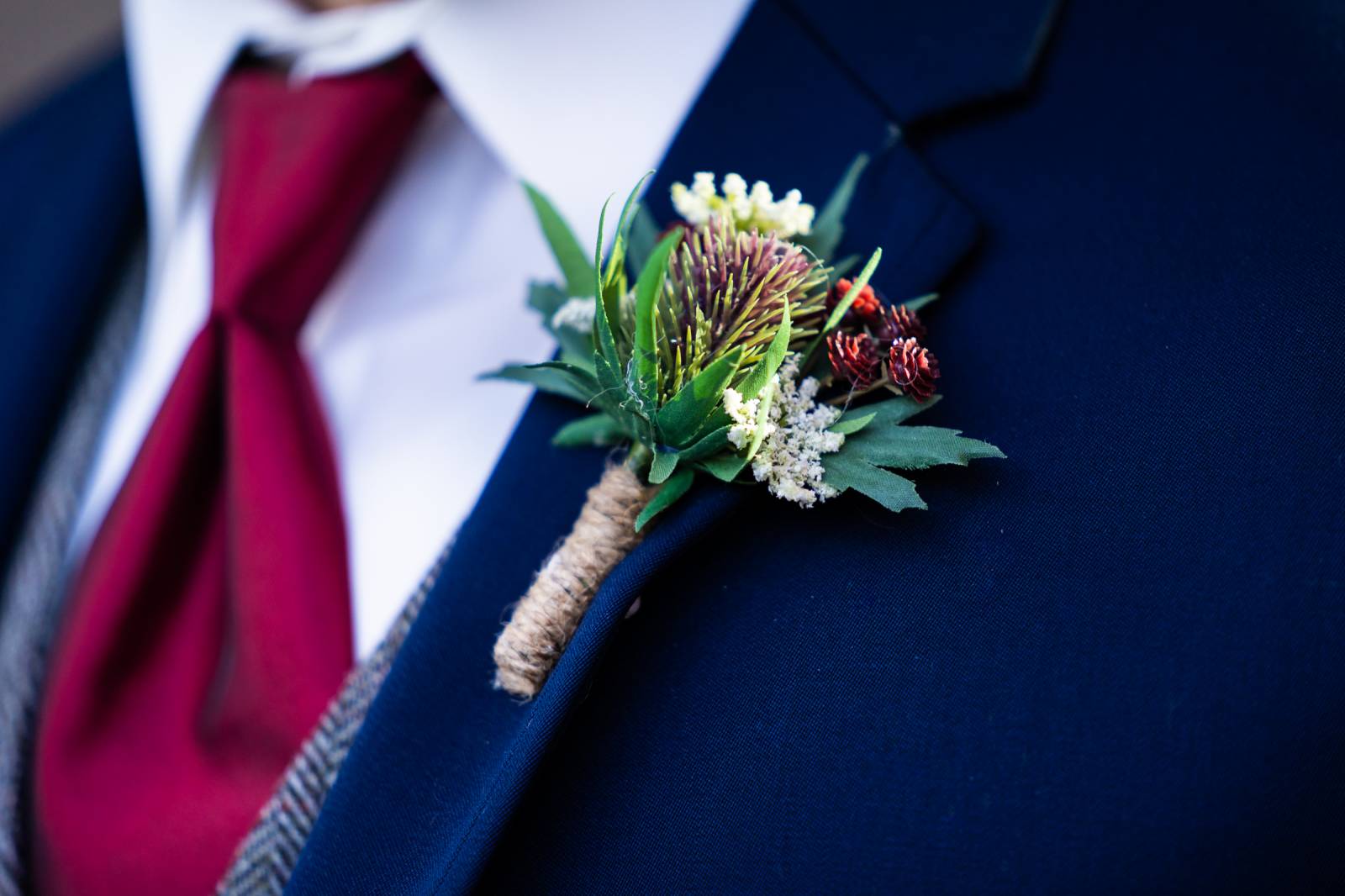 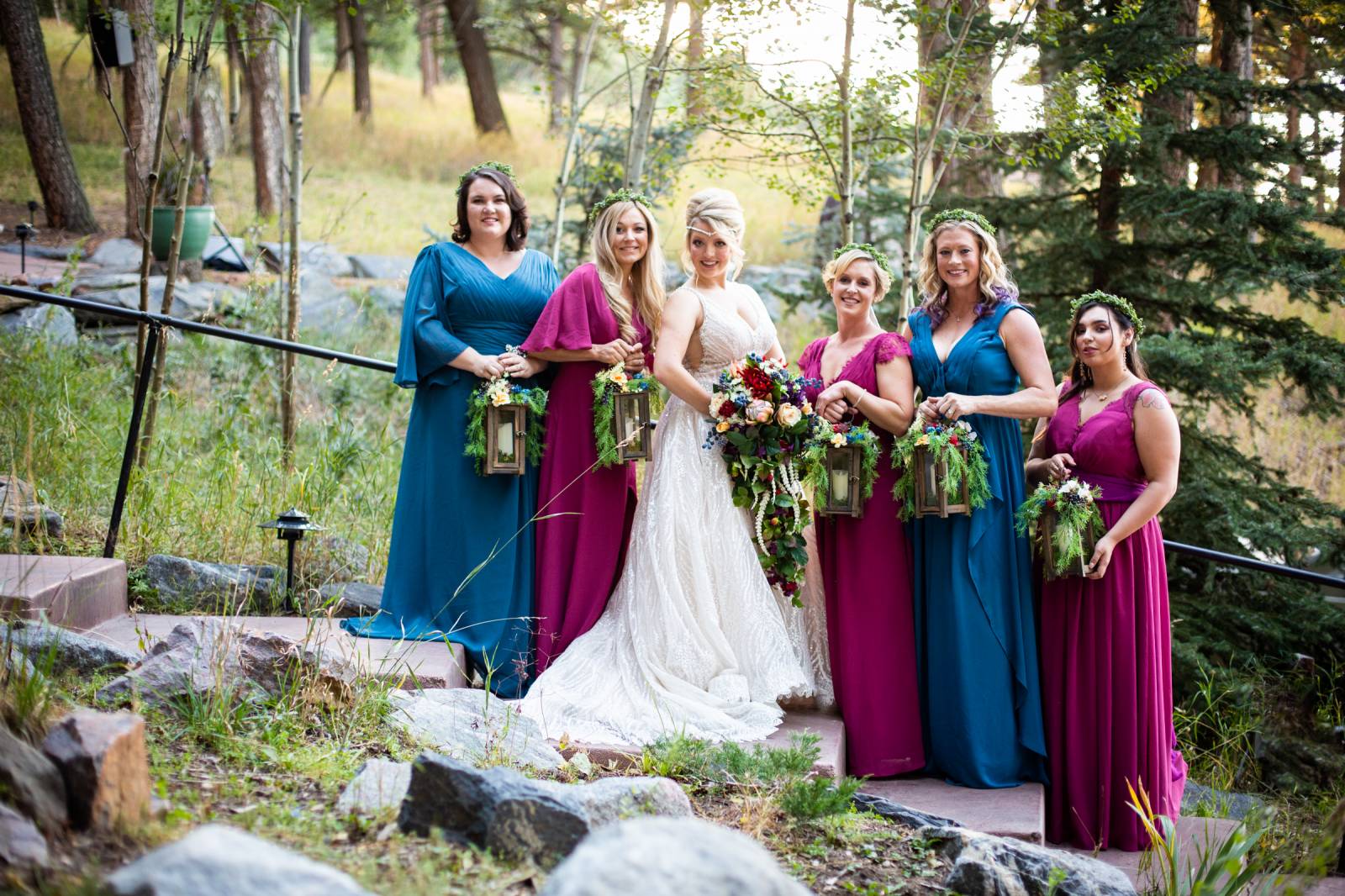 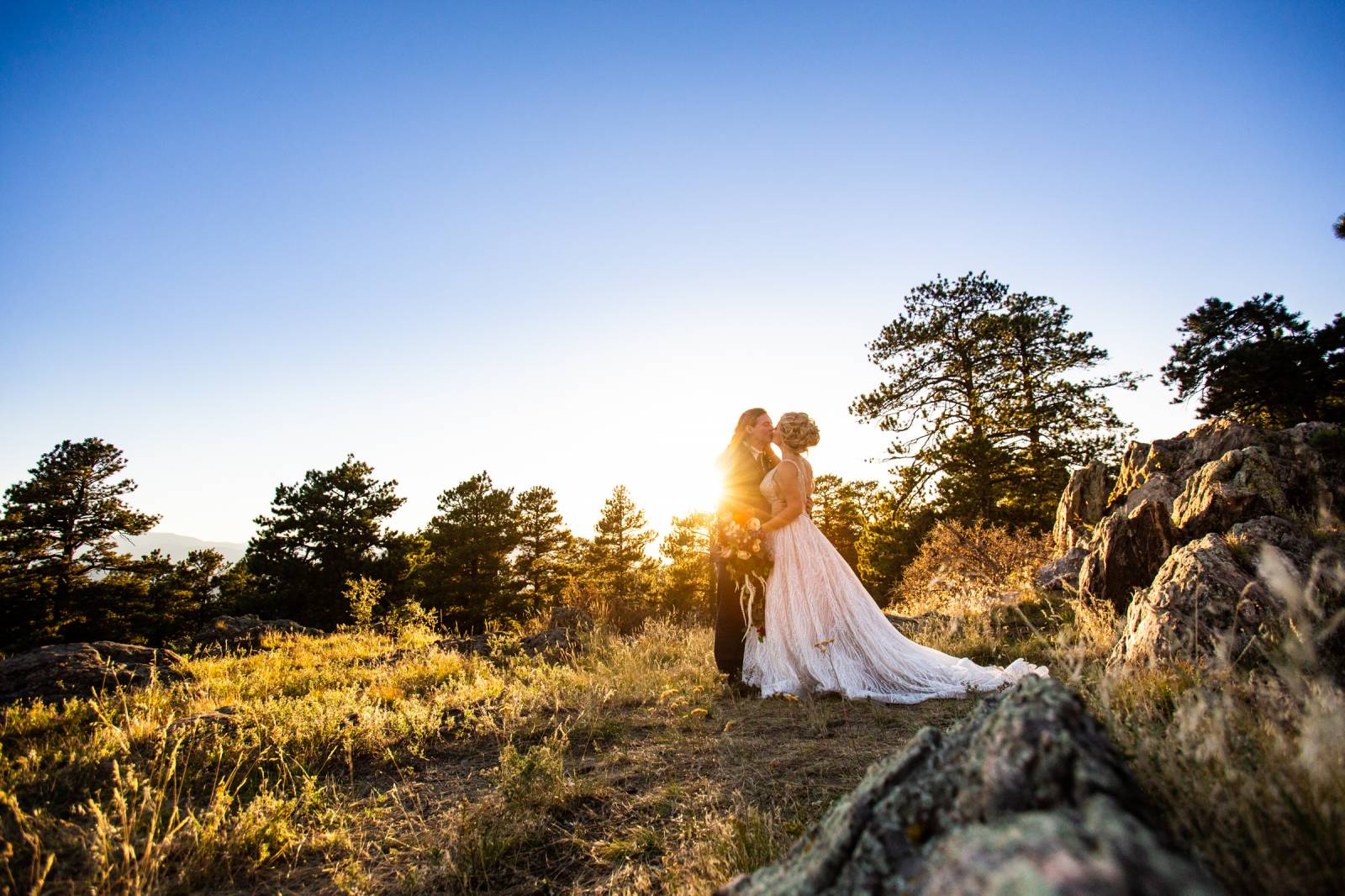 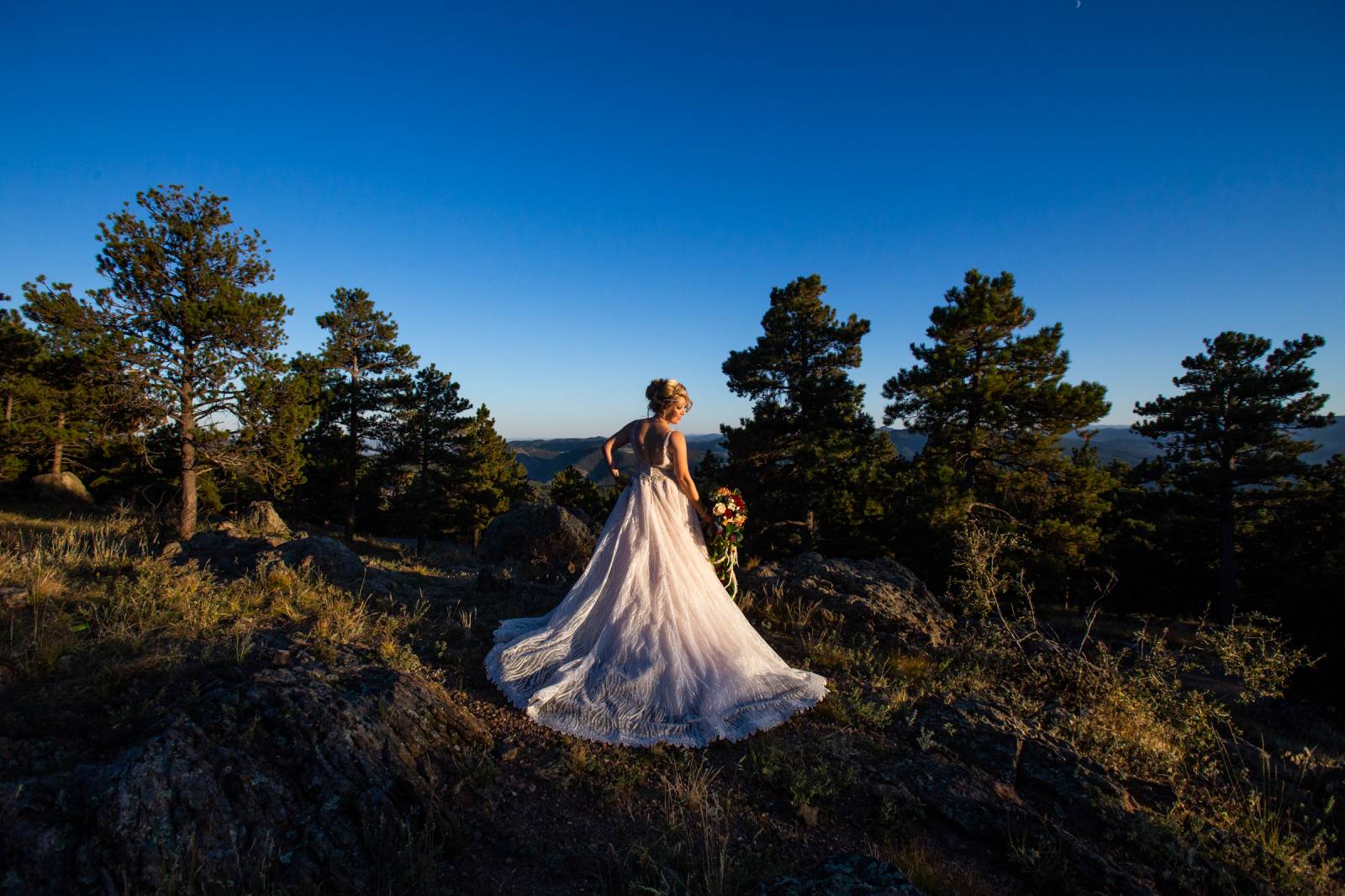 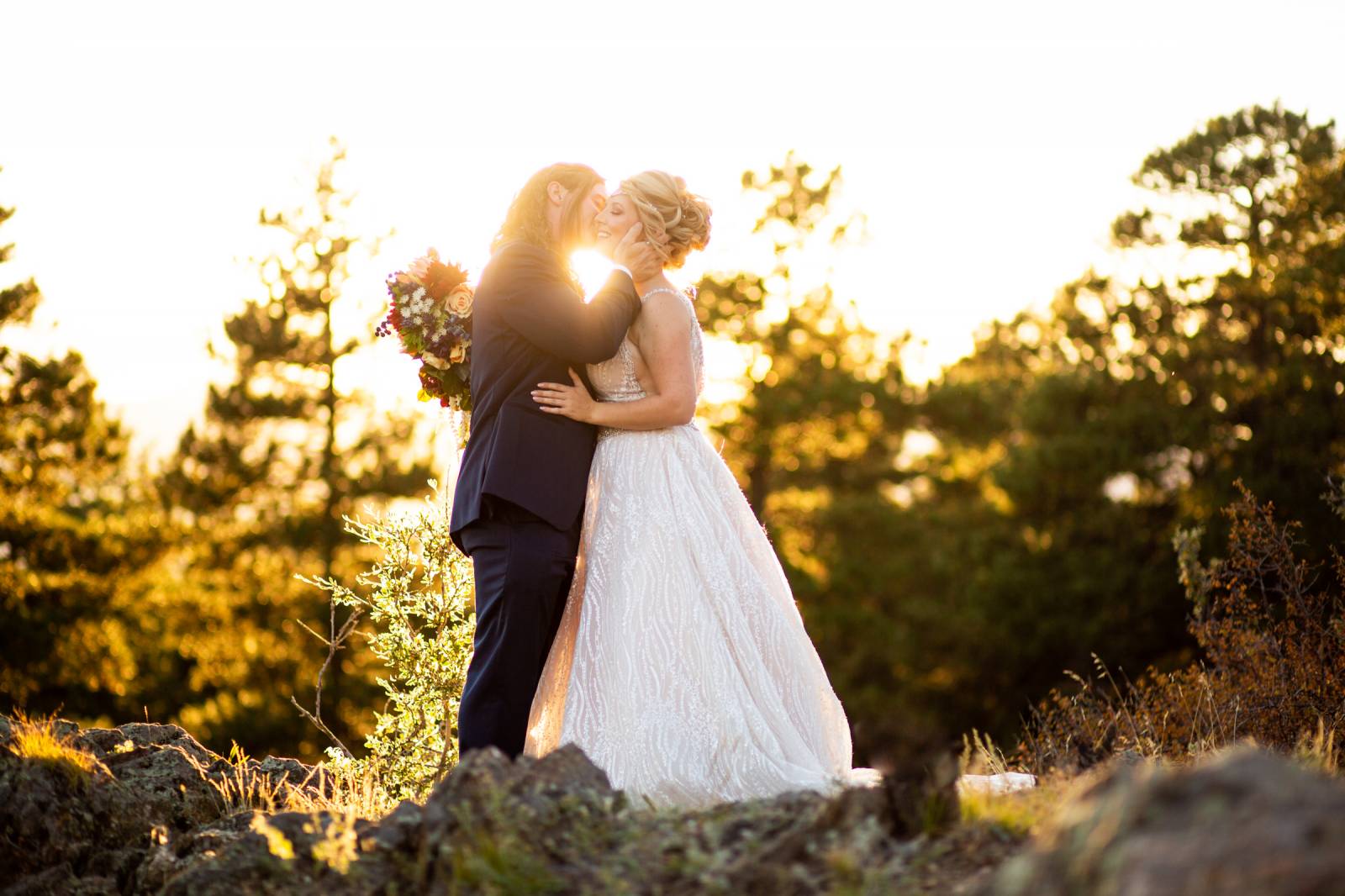 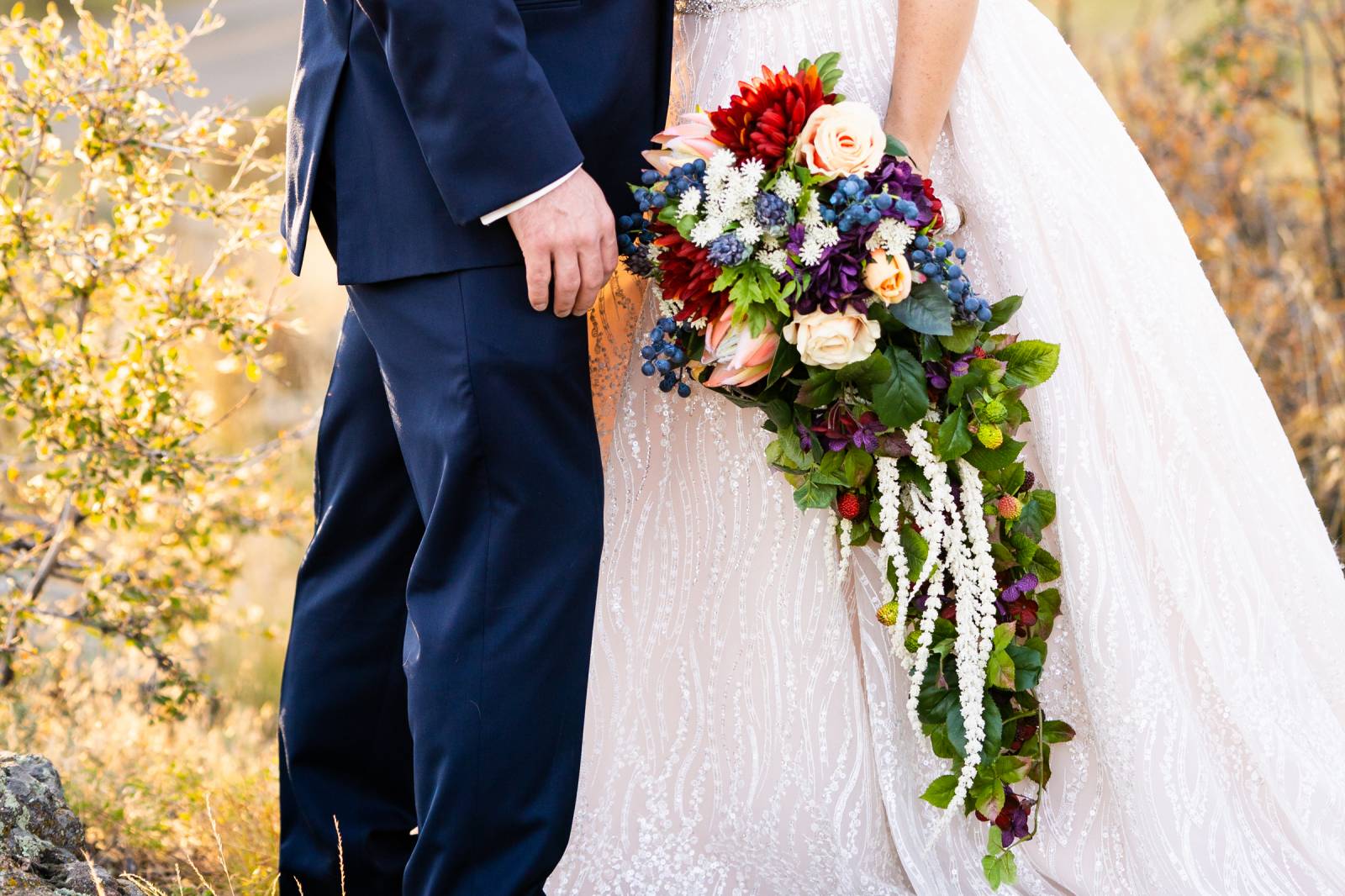 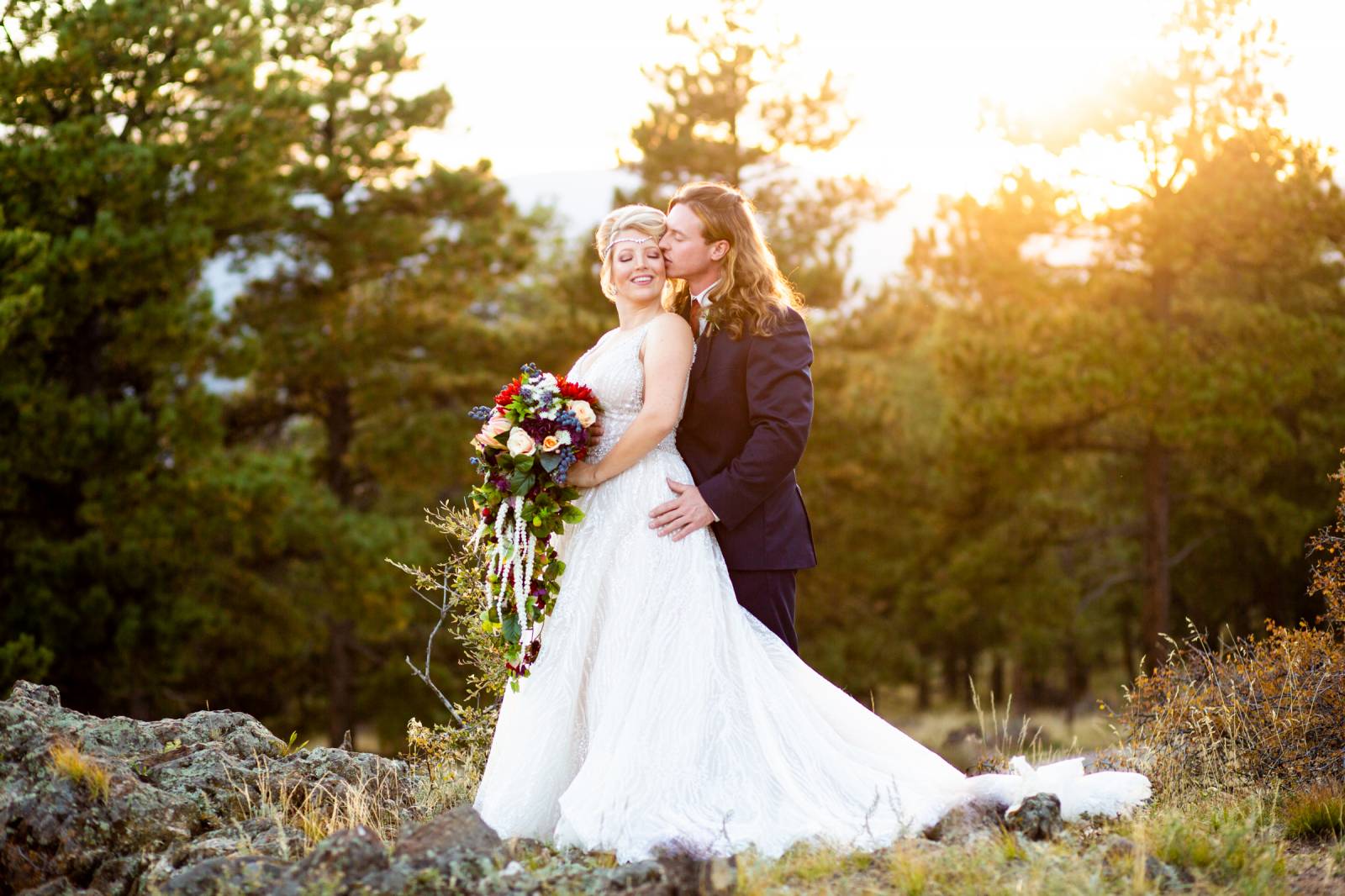 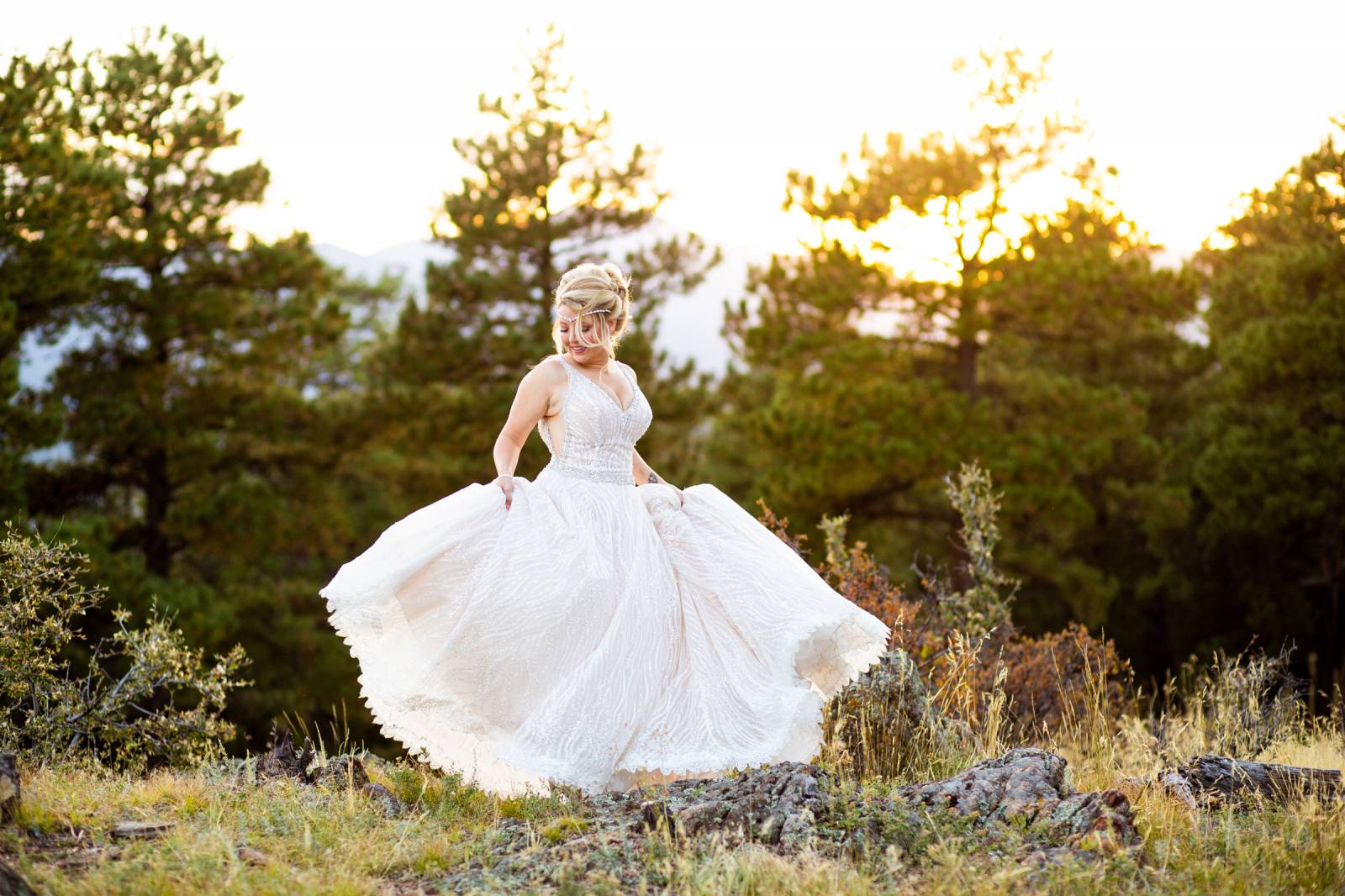 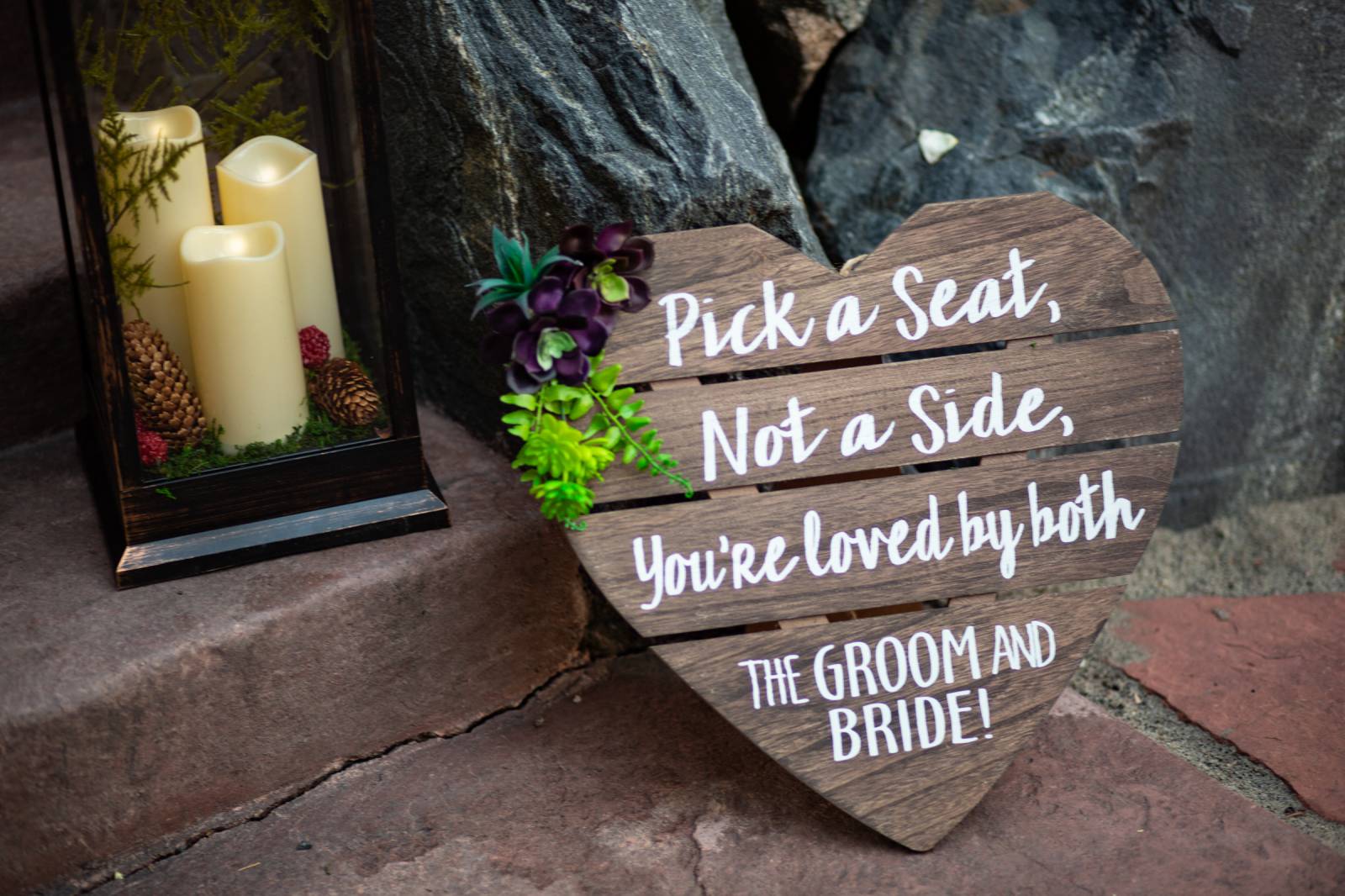 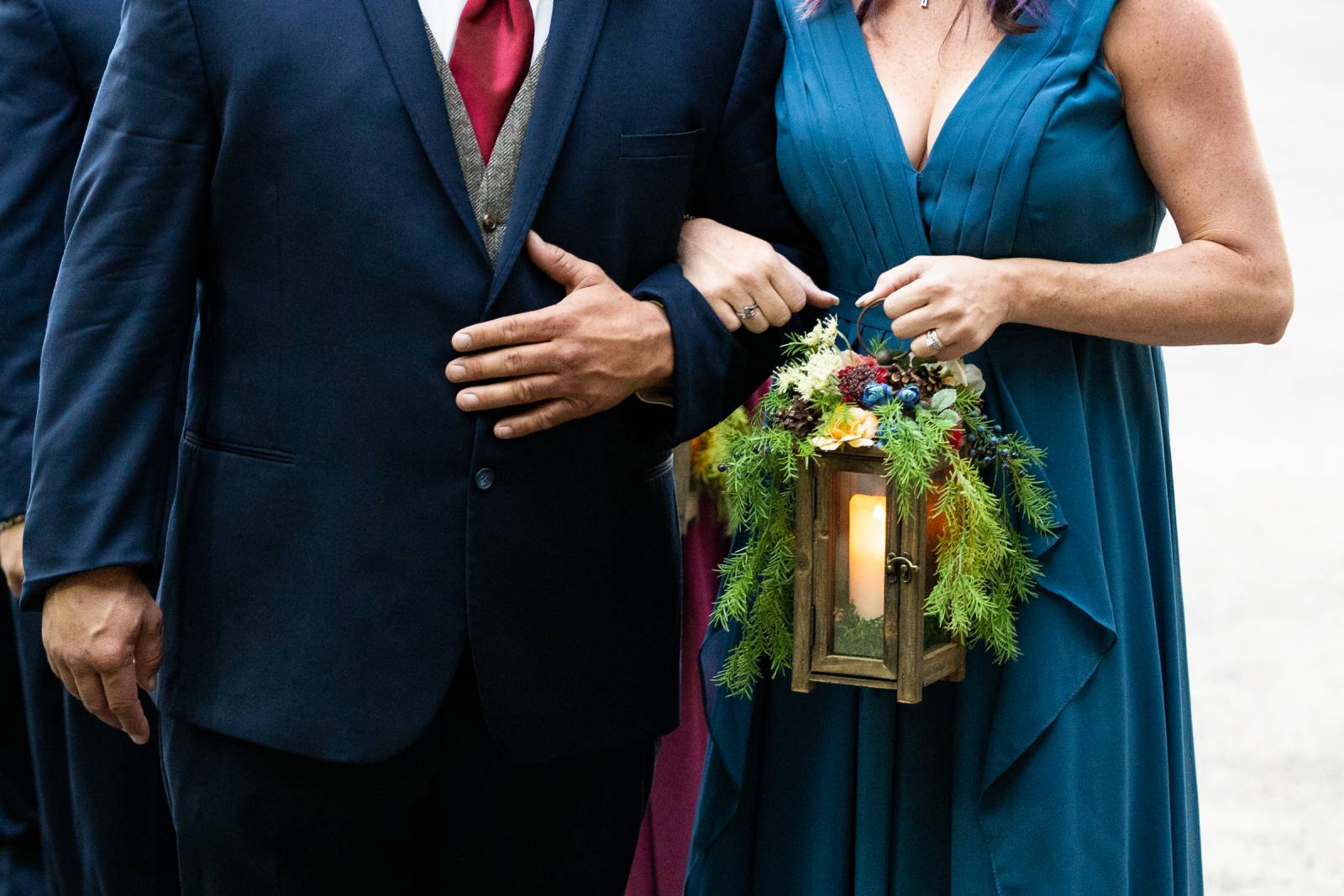 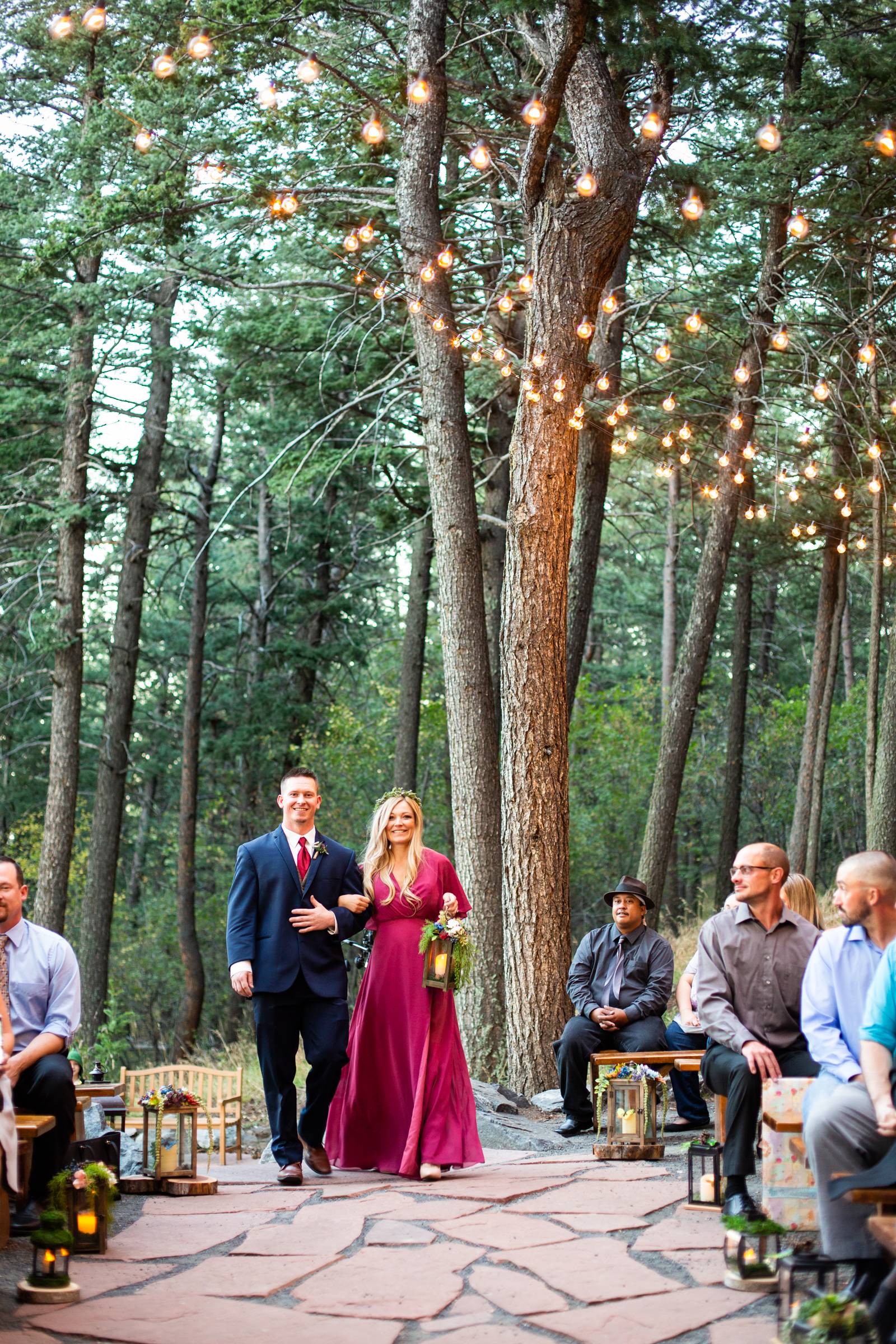 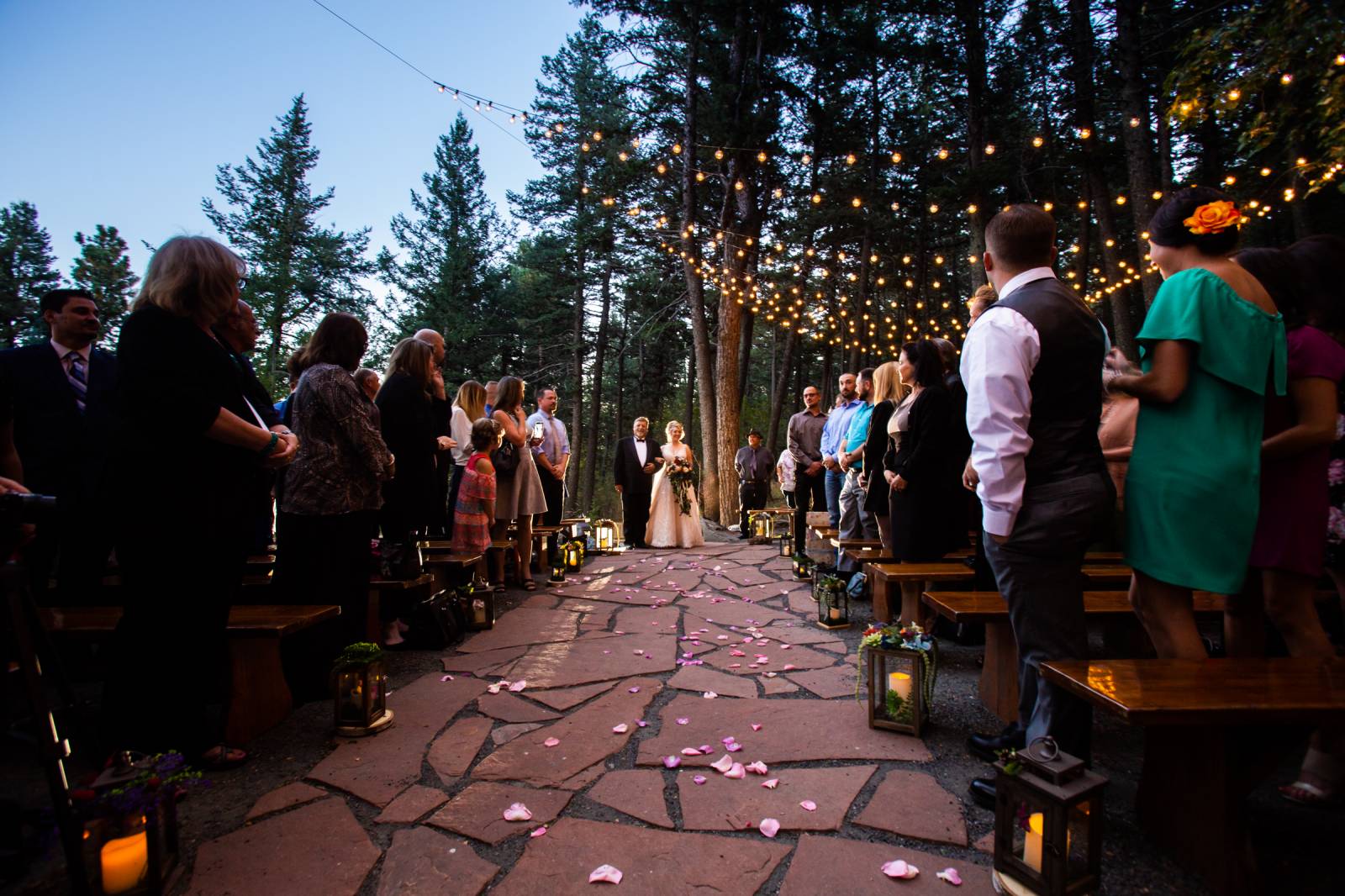 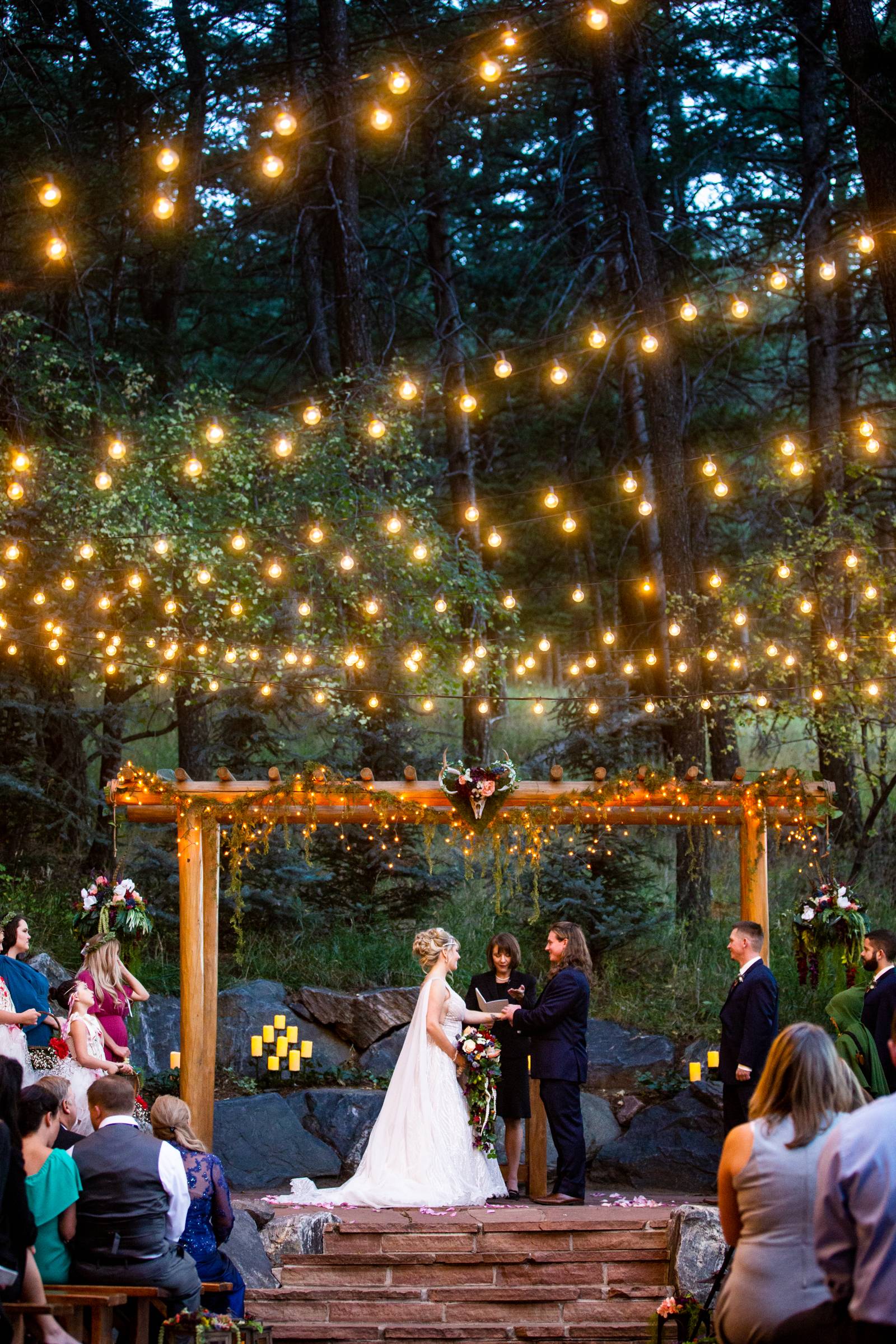 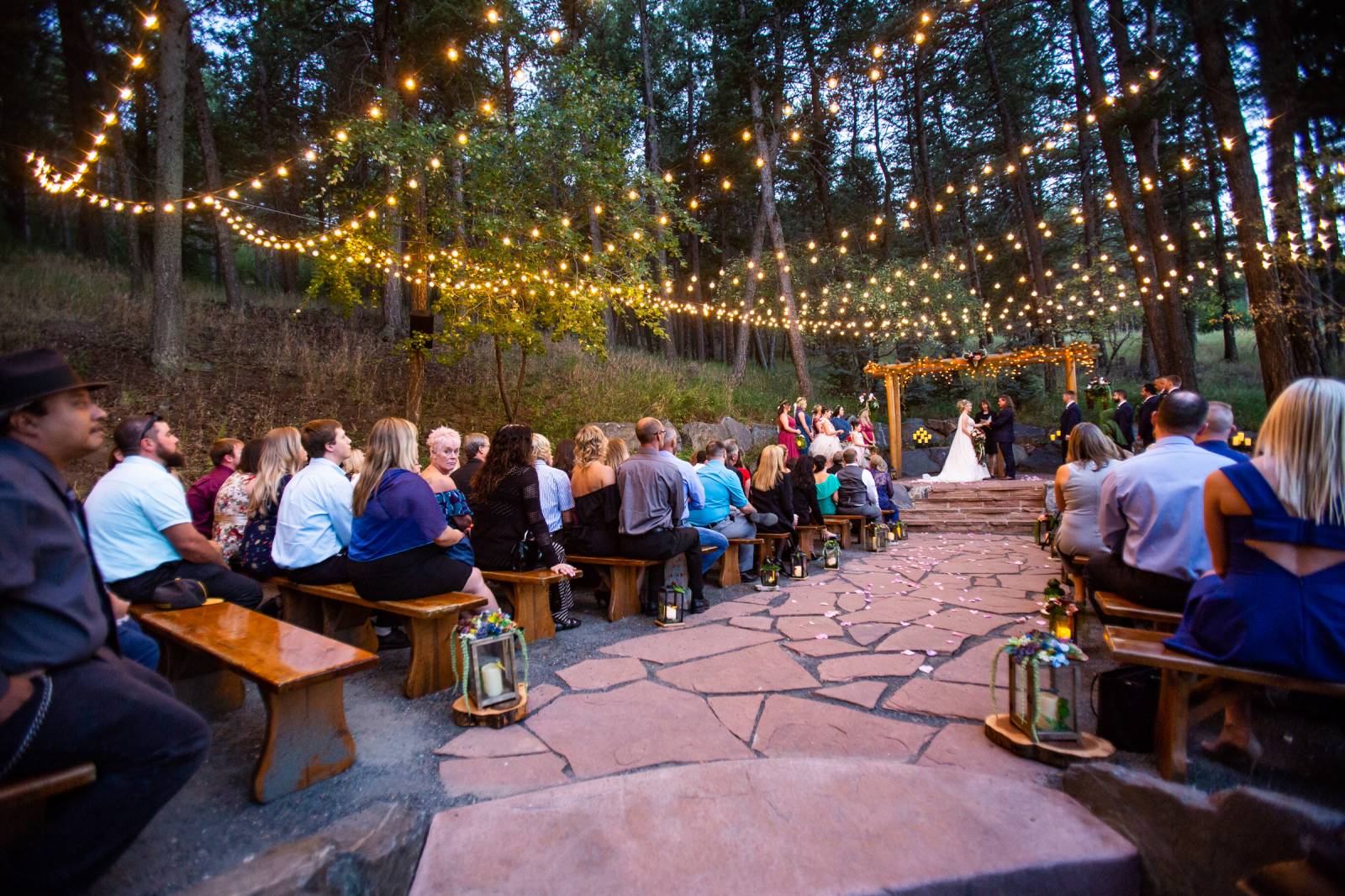 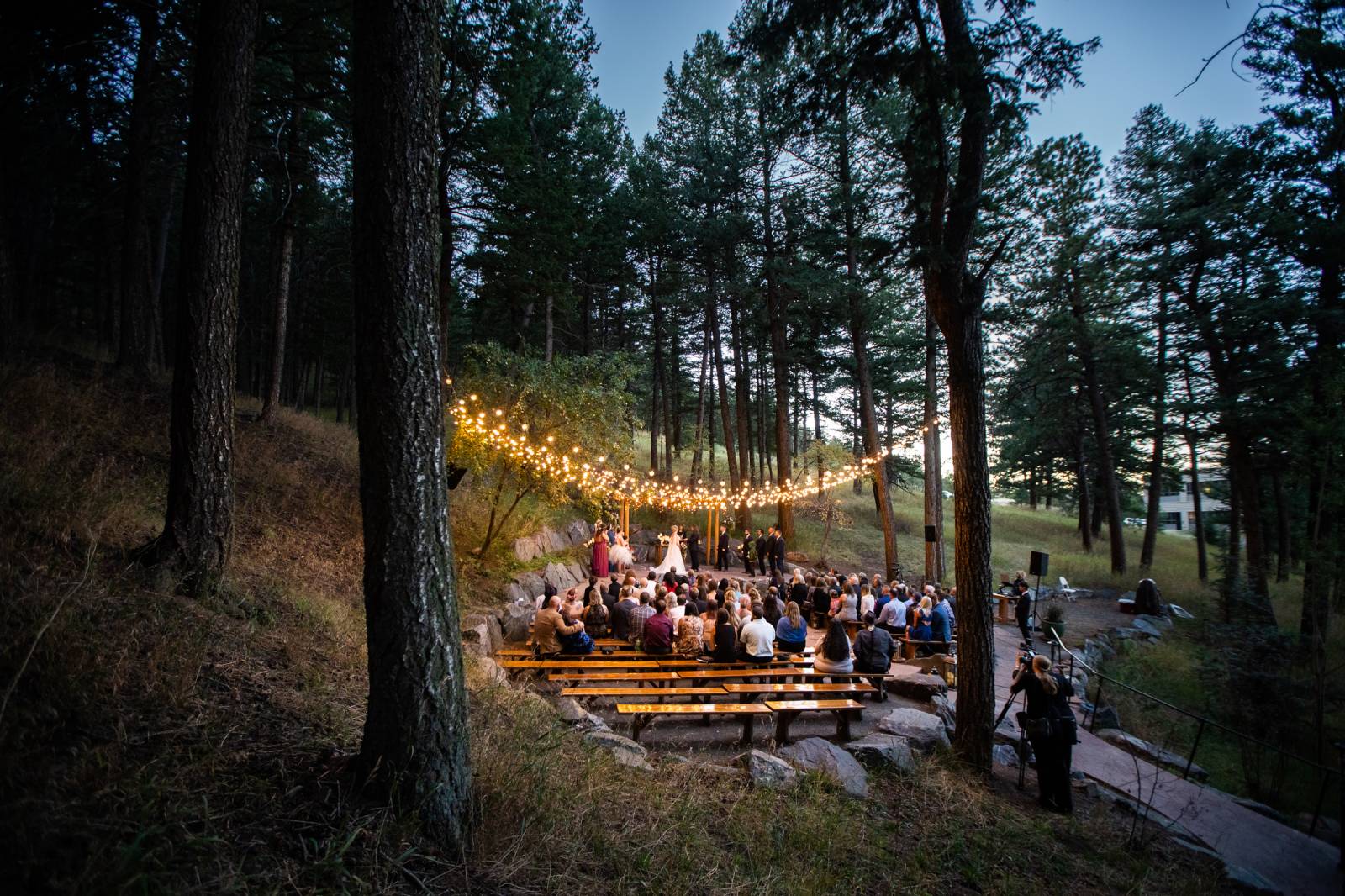 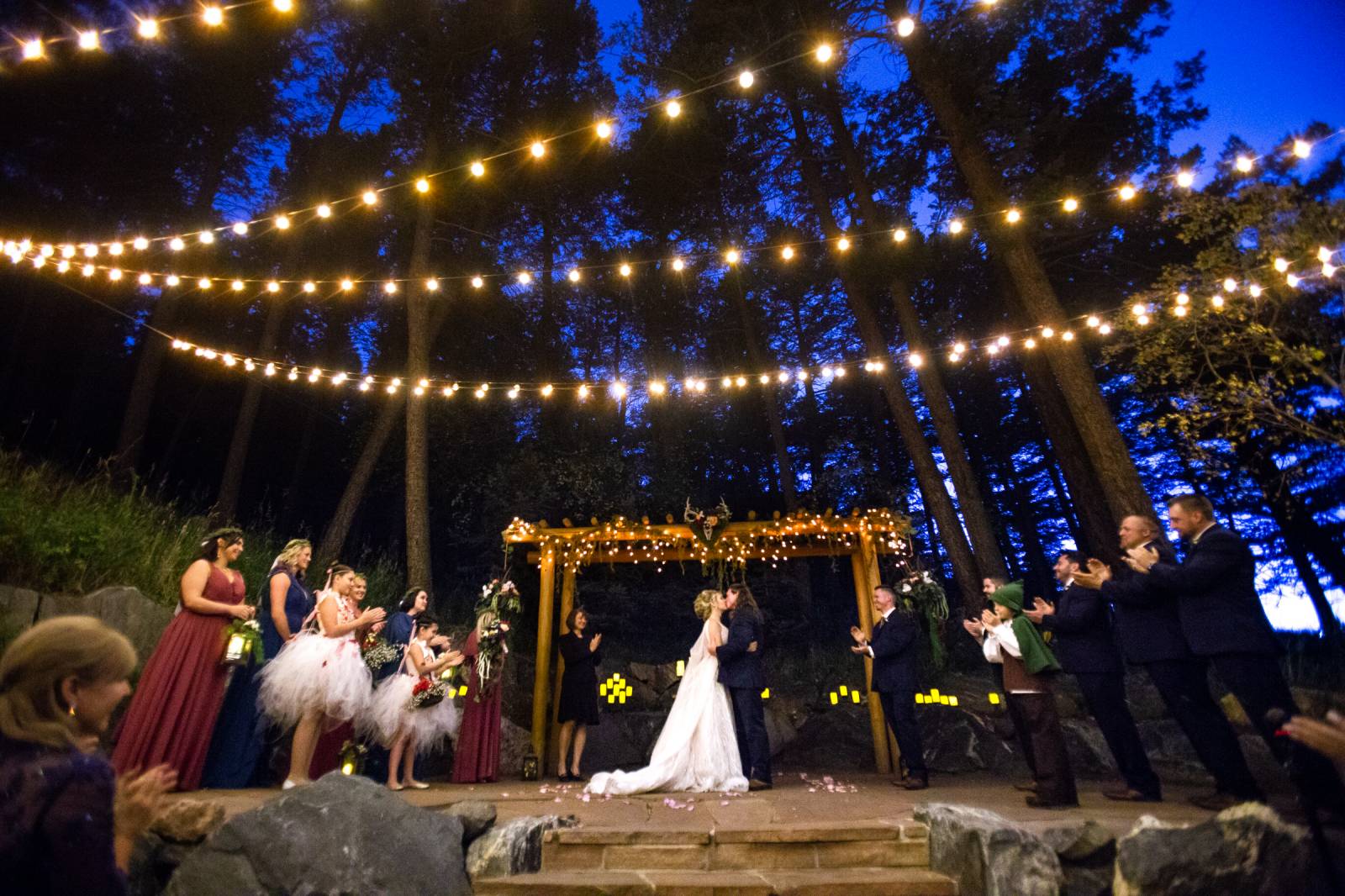 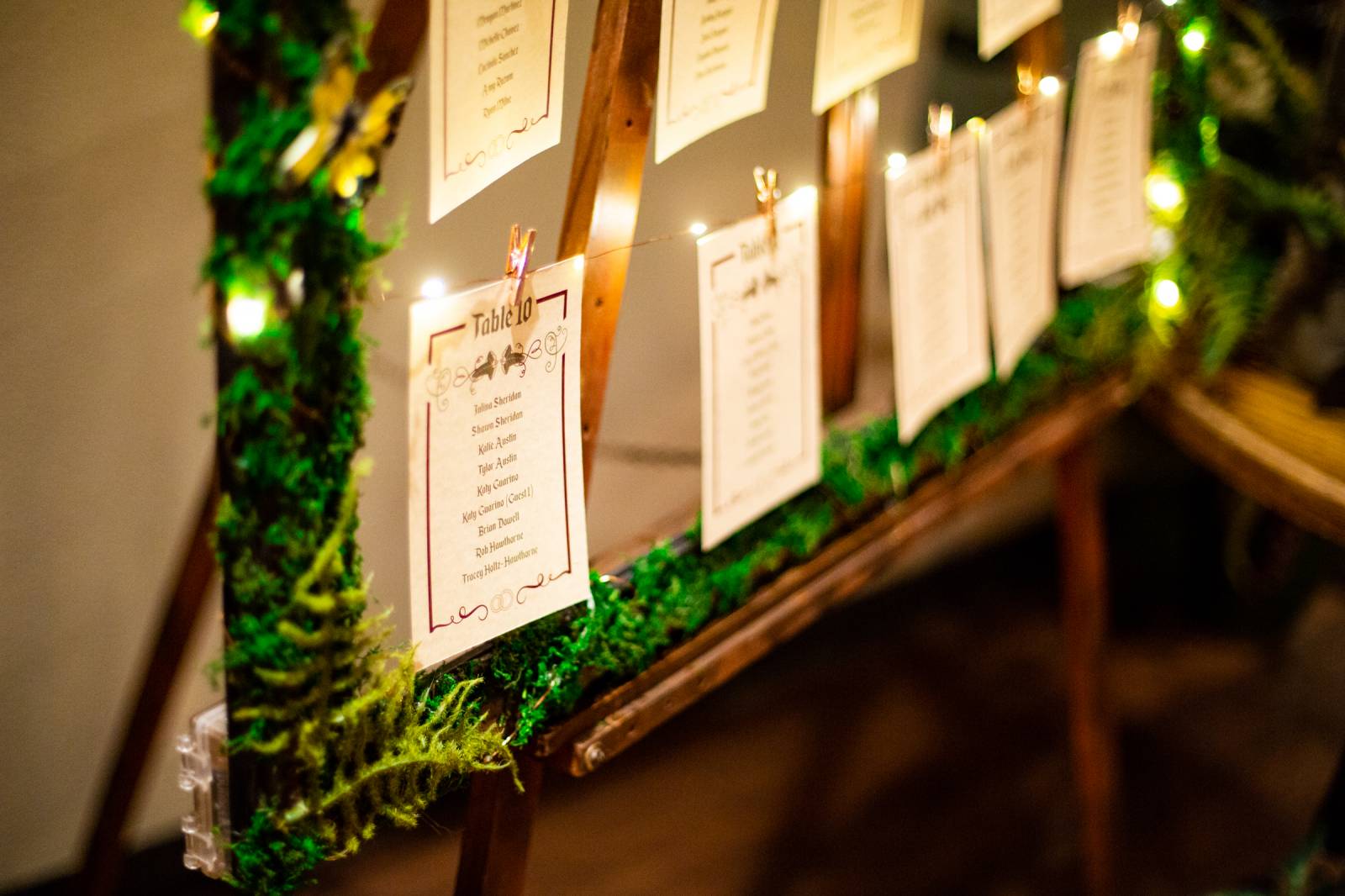 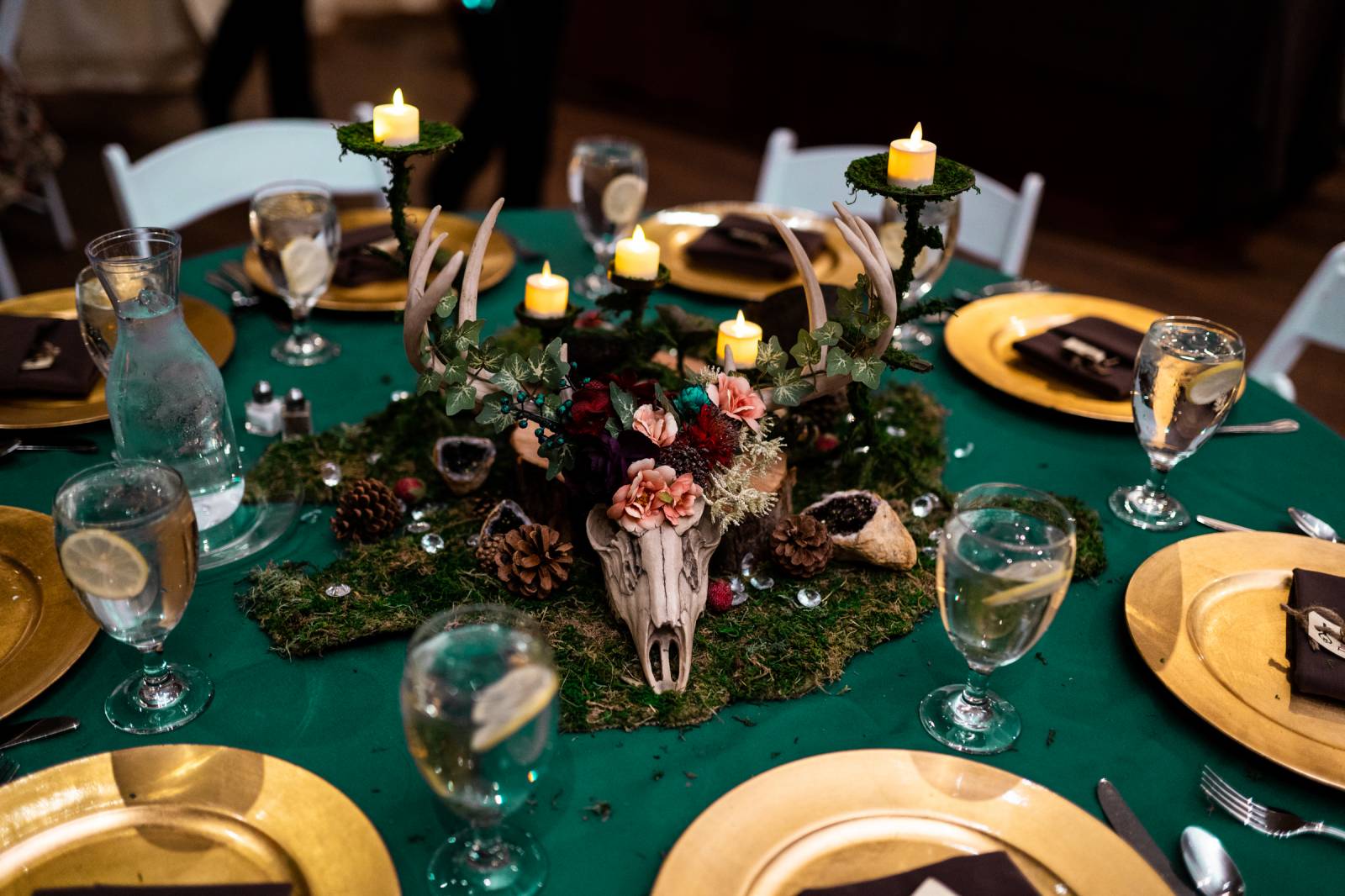 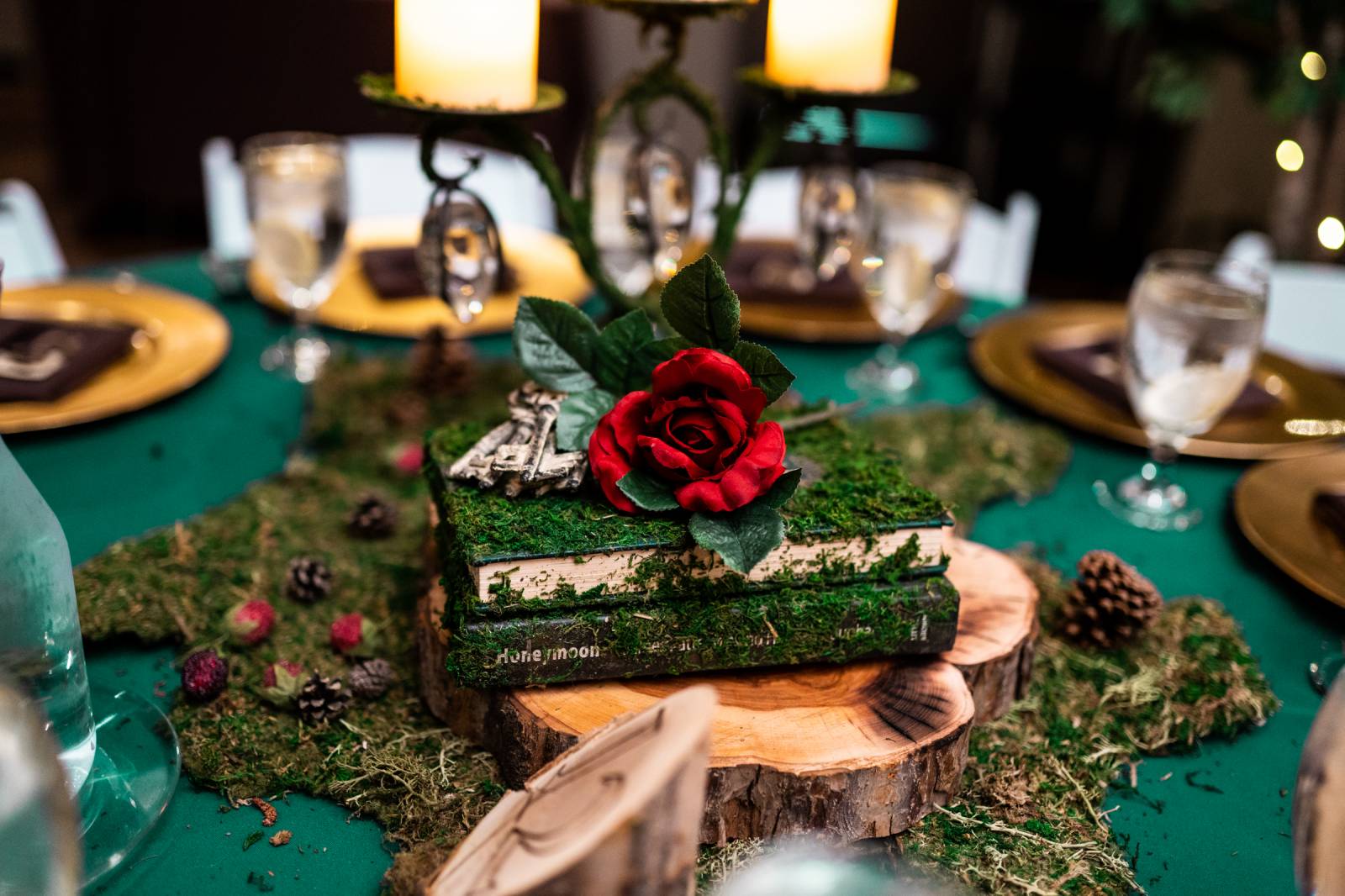 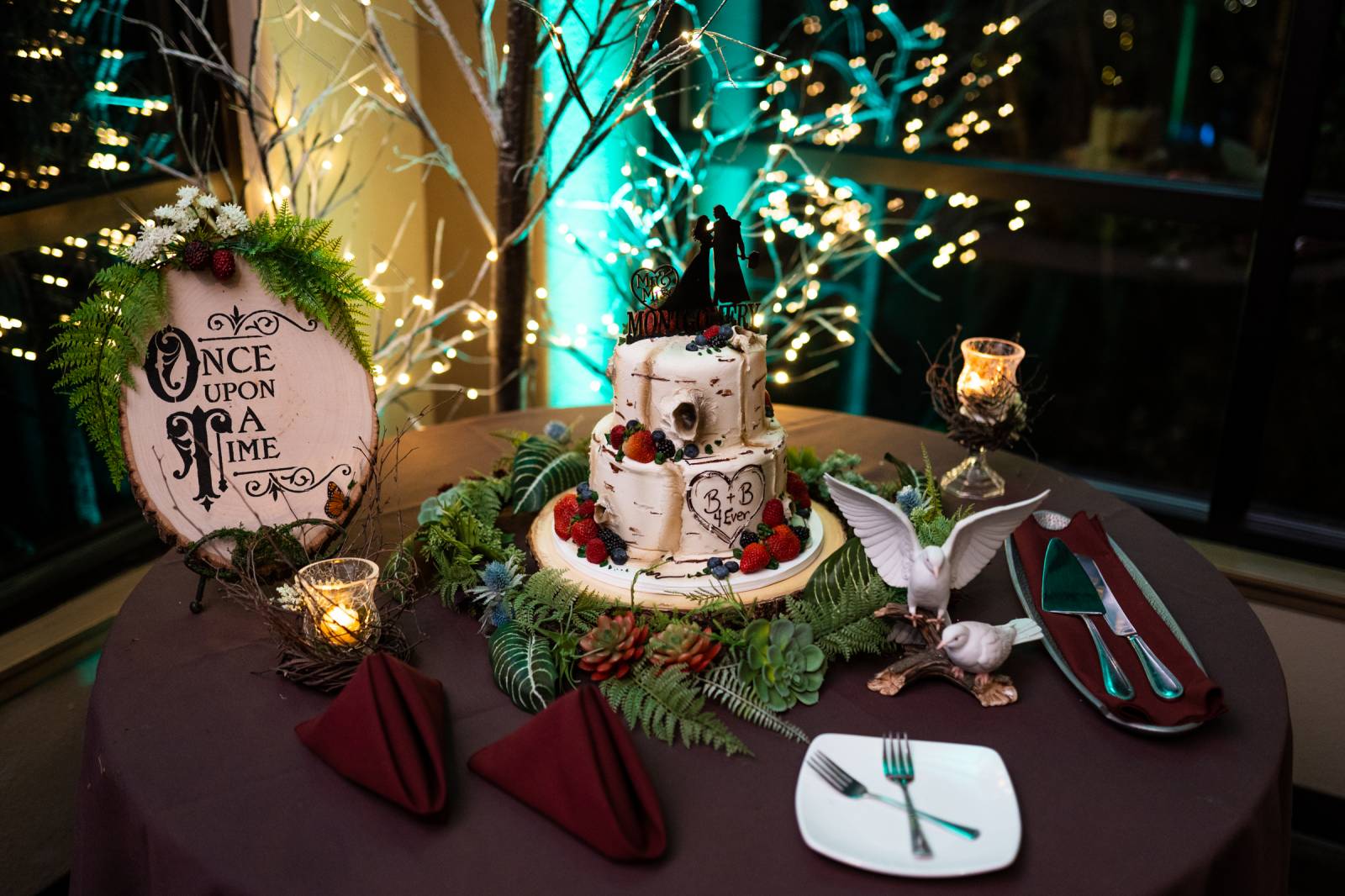 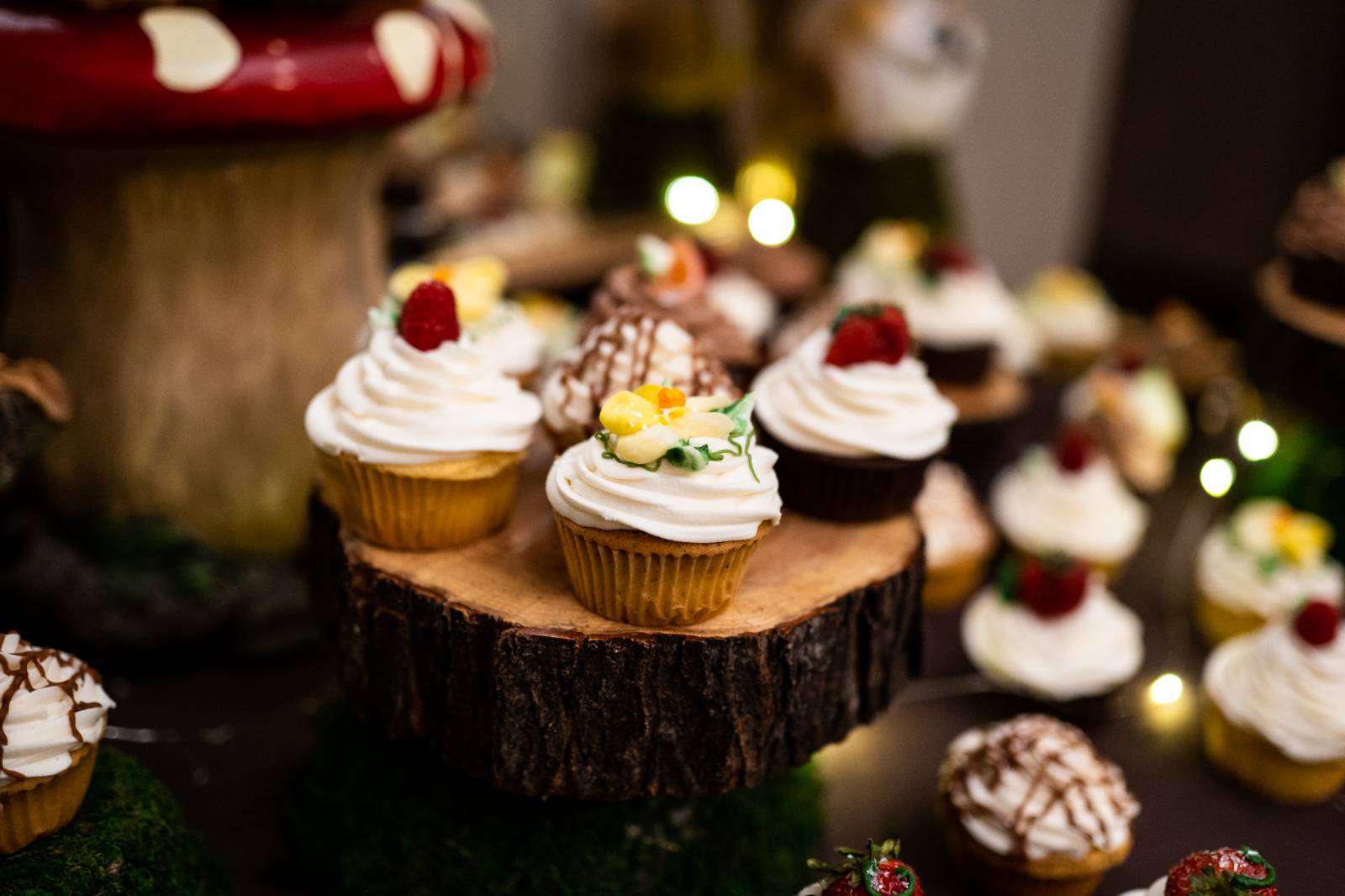