I am trilled to show off this Aspen wedding and interview of the father of the bride, Mr. John Elway. And if that wasn't enough, we are holding a GIVEAWAY with John Elway's new wine company. Skip to the bottom of the interview for giveaway details.

Juliana (John Elway's daughter) and Kent, both from Denver, were set up through a mutual friend—even though Juliana was living in Arizona at the time. The couple credits the beginning of their relationship to that friend and asked her to officiate the ceremony to usher them into their next chapter. The wedding was planned in just four month. The celebrations stretched over the Fourth of July weekend in Aspen. Guests went to the parade, attended a welcome party at Shlomo’s, and then rode the gondola up Aspen Mountain on the wedding day. Juiliana thought she would be nervous—“It was a perfect day,” she says—but it was her father, John Elway, who had to wear sunglasses to walk his youngest daughter (and last to marry) down the aisle.

“Rather than having a long engagement, ours was short. We just wanted to start our lives together. That meant we weren’t overthinking things like the tablecloth. You’ll still make those decisions as a couple, but they’ll be made more quickly. So having a short engagement was the best thing we did. It came together perfectly,” says Juliana.

Q & A WITH THE FATHER OF THE BRIDE, JOHN ELWAY

Did you do anything special at your daughters wedding incorporate your wine?

Of course…we included it at both the rehearsal dinner and at the ceremony. It was a big hit.

As the father of the bride, what were your top priorities?

Since I already had two of my other daughter’s (Jesse and Jordan) weddings prior to  Juliana’s, I was more prepared than most. But I’m a quick study and realized that my top 3 priorities were; 1) Pay for it and, 2) Say “Yes” a lot, and then 3) Stay out of the way.  In all seriousness, I just wanted my baby girl to have an amazing day that she’d remember fondly the rest of her life.

What details did you want to be involved with?

I didn’t need to be involved with anything unless she asked. Juliana and her wedding planner did such an amazing job planning every detail. I was very proud of her. It was an amazing day.

Looking back at your daughters wedding, is the anything you would have changed?

The only thing I would have changed was that I would have had the oxygen bar a little closer to the dance floor. It’s not easy dancing at 12,000 feet at the top of Aspen.

What advice do you have for fathers of the bride?

As a dad, you want to say “yes” to as much as you can for their special day. But there are limits for everyone. So, just pick your battles carefully. Know going in that it’s a very emotional time  for them. What they may want one day turns out isn’t all that important the next. So, just be patient. It usually works out.  It’s a similar process to working with a housing contractor. Even though you decide on a budget…you still need to plan on allocating an extra 20% on top of whatever that amount is.

When and why did you want to start your wine company?

About 7 years ago, I was starting to enjoy wine more with dinner.  I had owned my Elway’s restaurants for about 10 years at the time. Additionally, my kids had become adults and were starting to enjoy it as well, convening around the kitchen and talking. I became more curious and thought that it would be complimentary to my restaurants, my lifestyle, and my brand. So, I had my longtime agent and friend, Jeff Sperbeck, who lived near Napa, begin the process of researching options. We partnered with OneHope Wine on the business side, and then with Rob Mondavi Jr as our wine maker. Thus began our journey into the world of wine, which is now going on six years.

Tell me more about the giving back aspect of 7 Cellars.

Every bottle sold gives back to Team Rubicon. TR is an amazing volunteer organization that takes returning service men and women and deploys them into natural disasters. It gives them a sense of purpose, and comradery that they had while serving thus making their transition into civilian life a smooth and familiar one.

What wines do you currently offer?

We have two collections under our 7Cellars brand. One is our ultra premium, Elway’s Reserve which consists of a Napa Cabernet Sauvignon, and a Carneros Chardonnay. The newer brand is our premium level wine called The Farm Collection. There are three central coast wines, including; Paso Robles Cabernet Sauvignon, a Monterey Pinot Noir, and a Arroyo Seco Chardonnay.  Both have excellent ratings and we are equally proud of them both.

What: We are giving away 7 Cellars The Farm Collection - which includes 3 bottles of wine - one Cabernet Sauvignon, one Chardonnay, and one Pinot Noir.

How to enter: Comment on this post saying you would like to win the wine. By commenting, you are signing up for Couture Colorado and 7 Cellars newsletters. *you must be 21 years old to enter

When: You must enter by April 16th, 2021. Winner will be announced and contacted on April 17th. 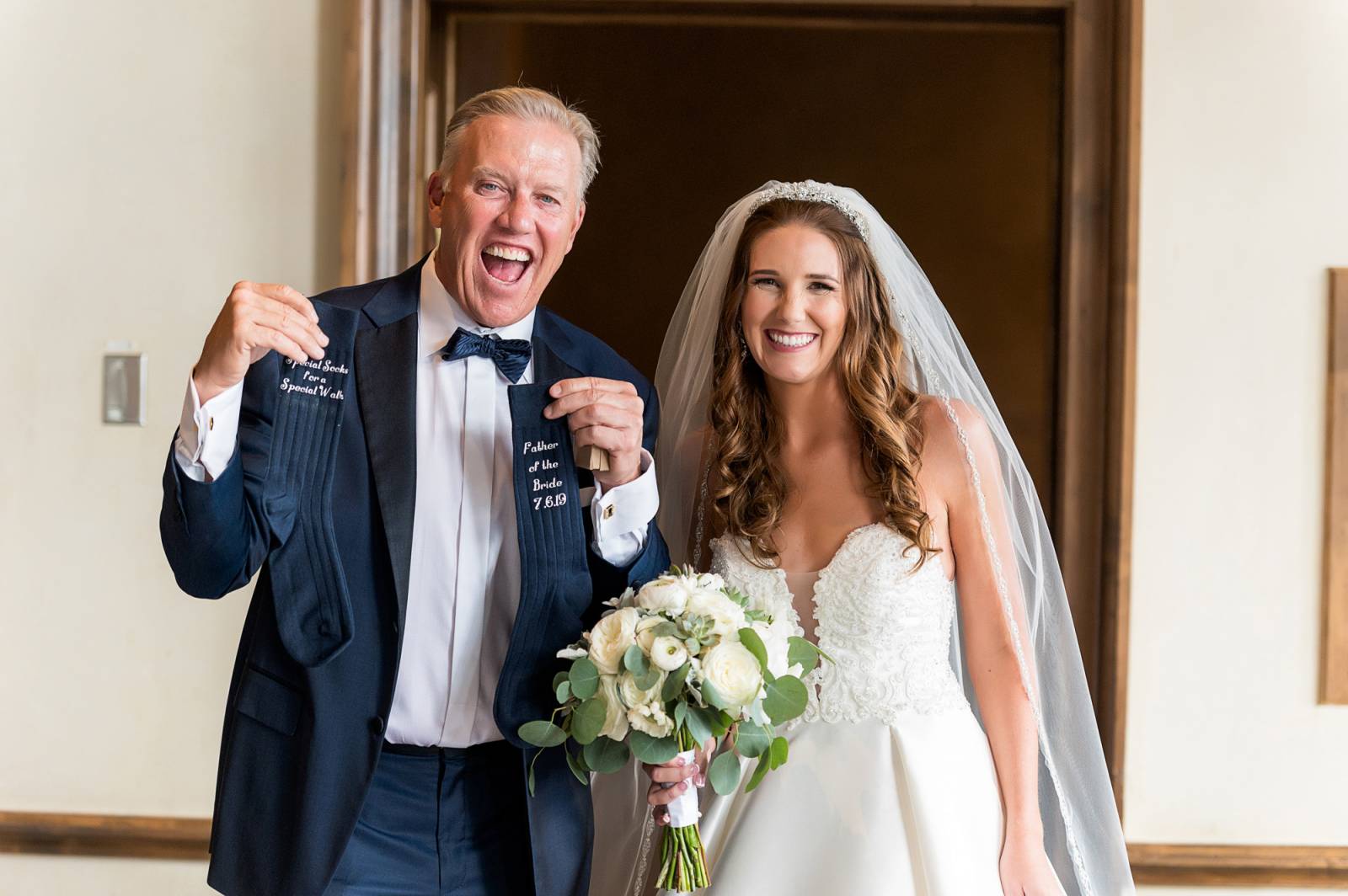 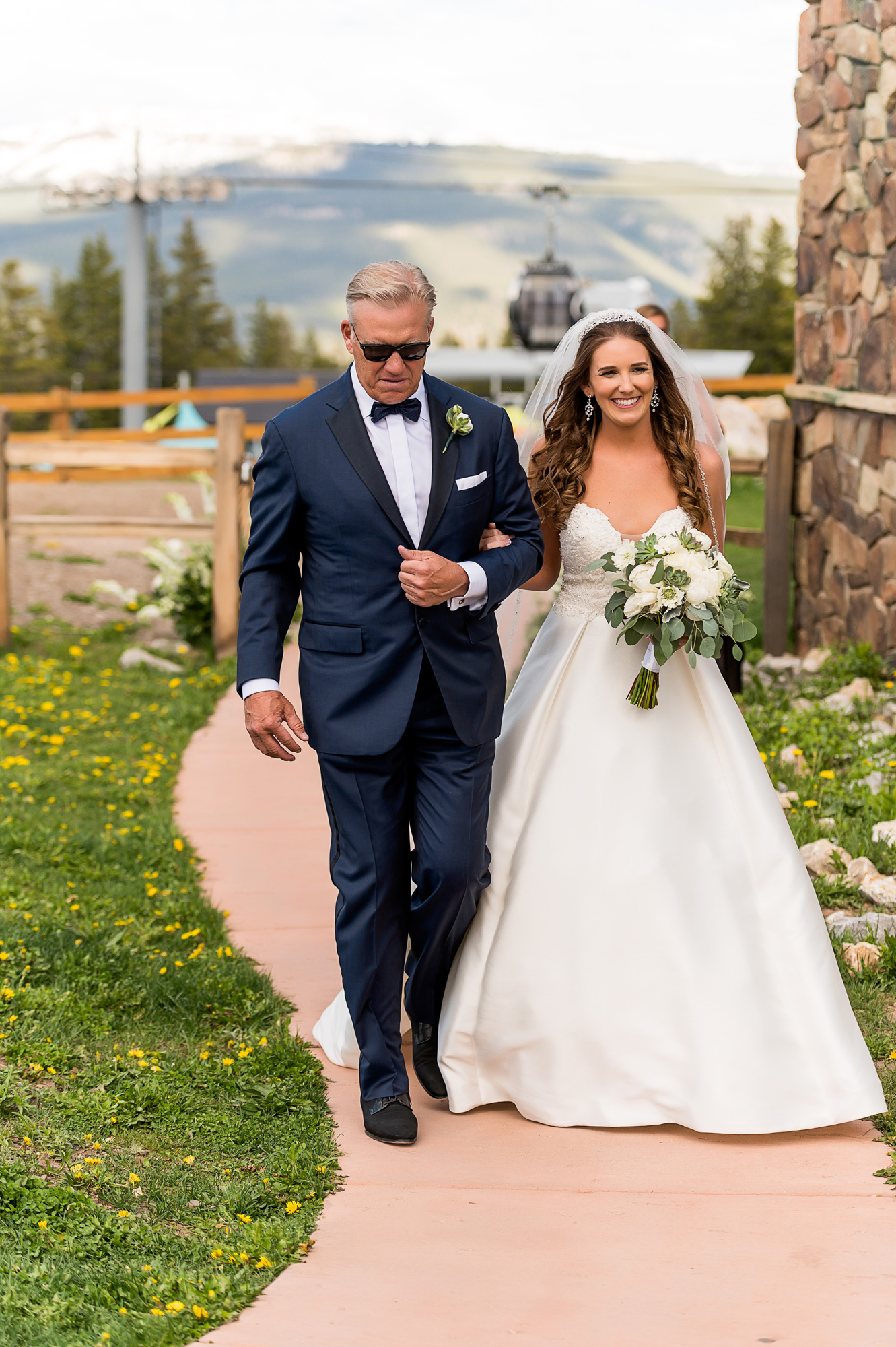 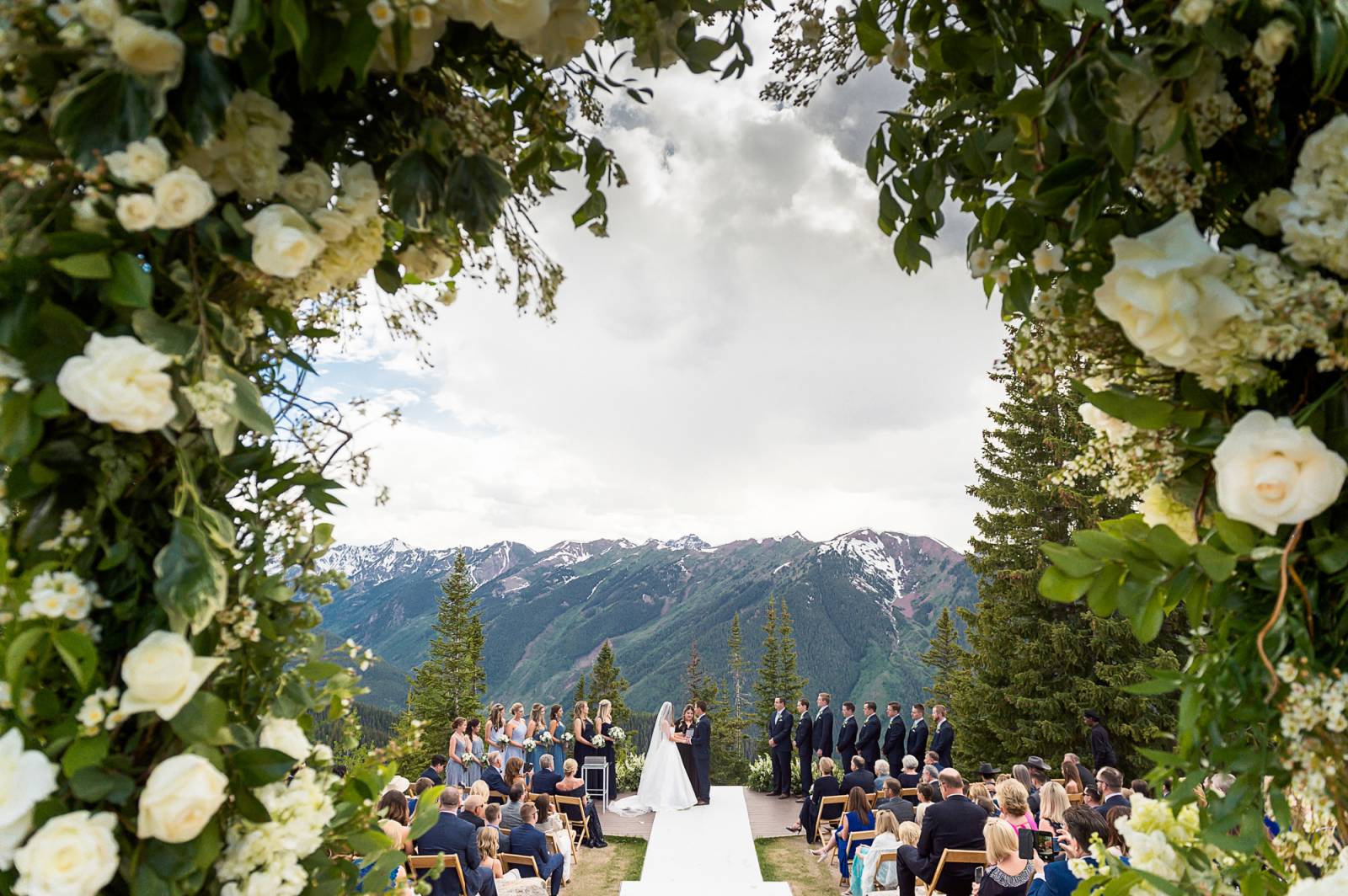 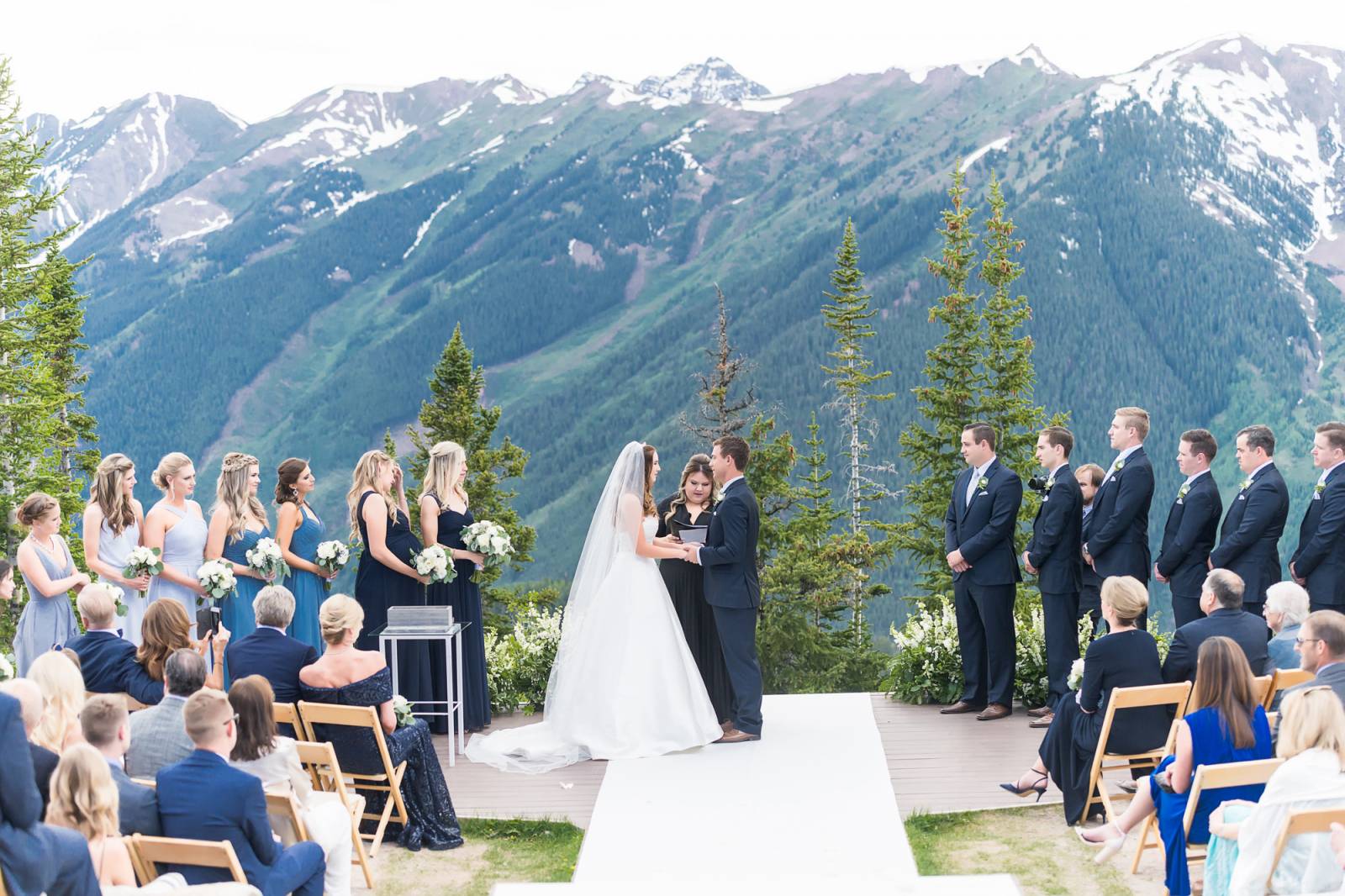 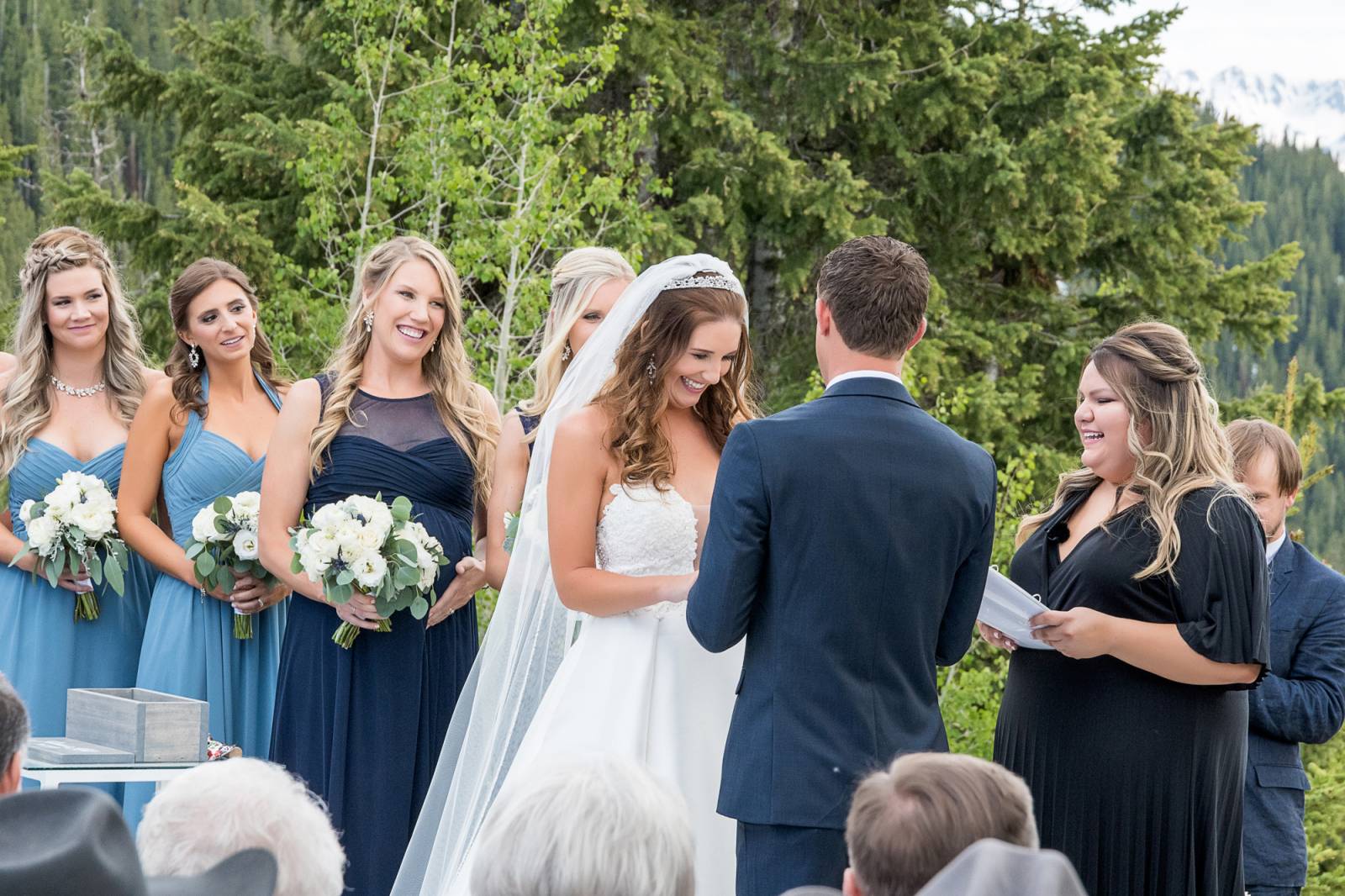 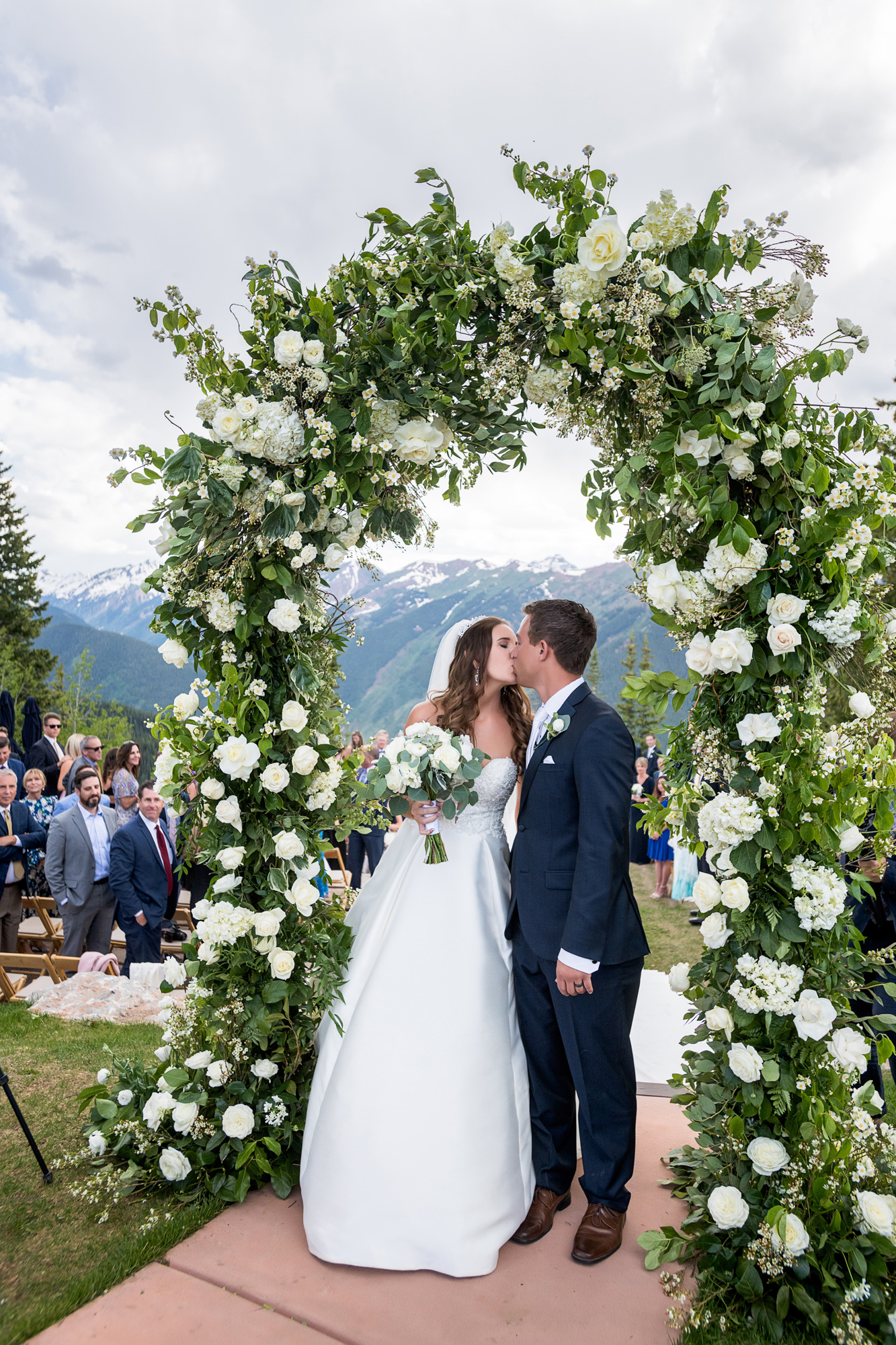 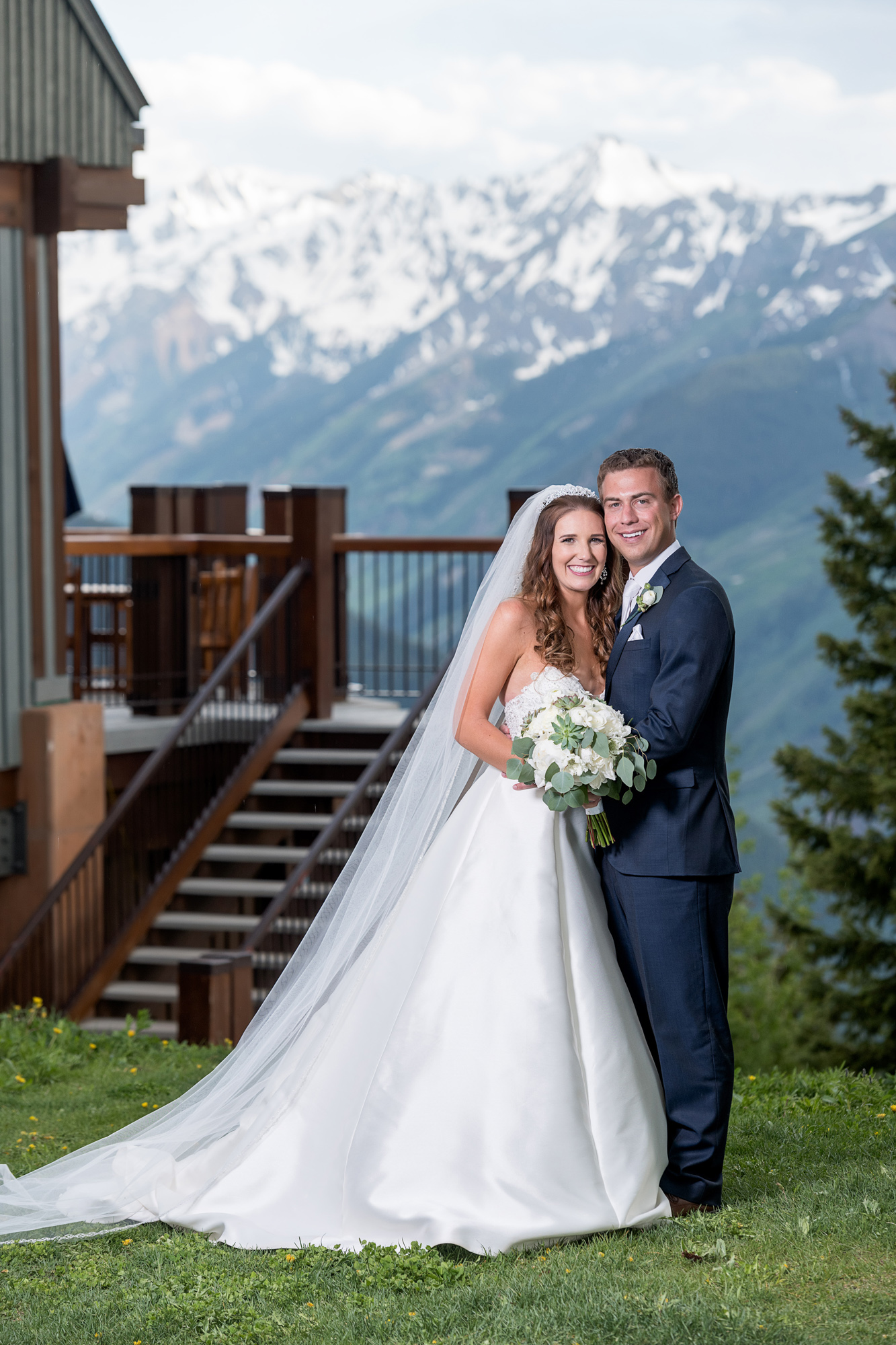 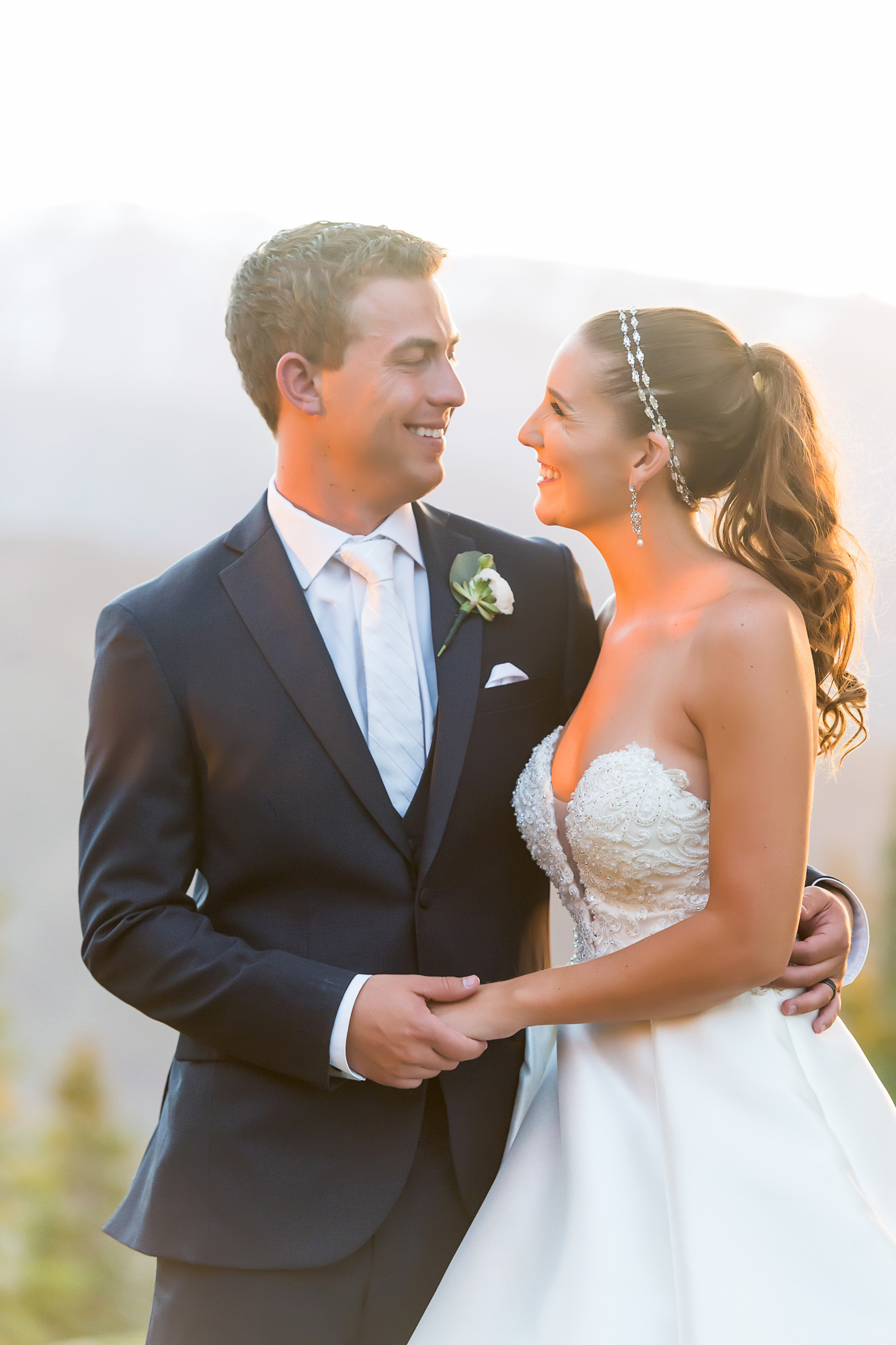 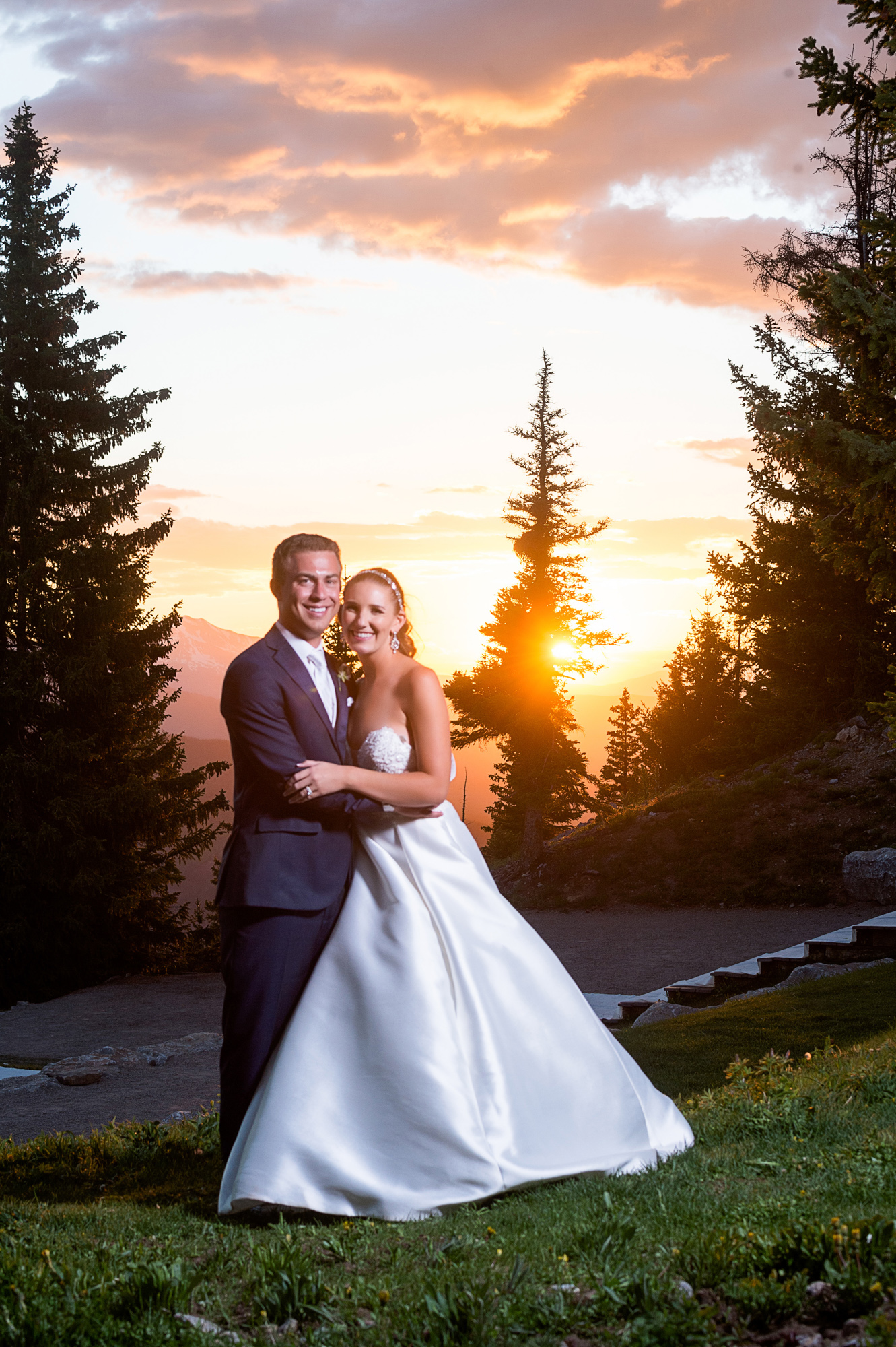 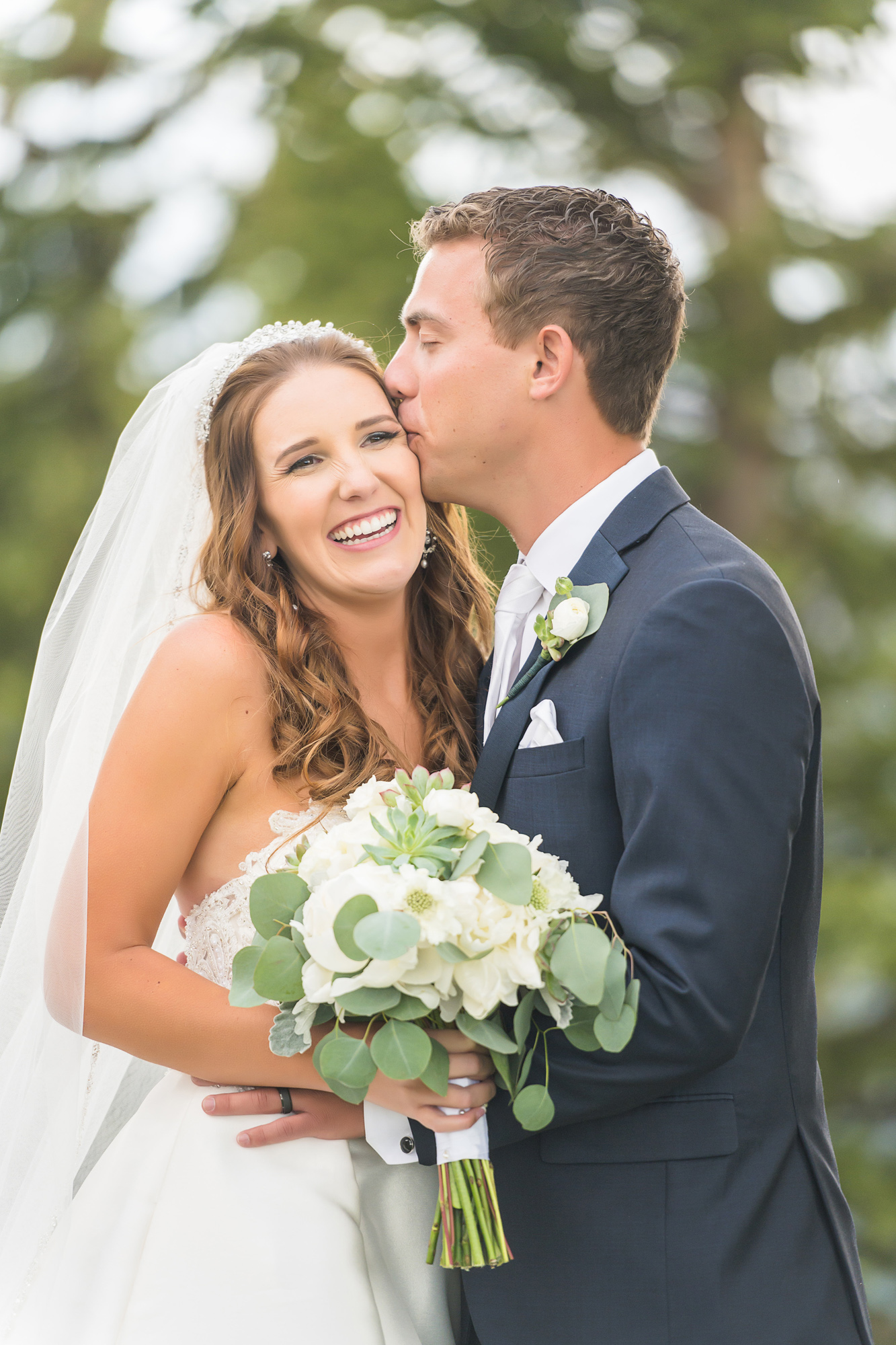 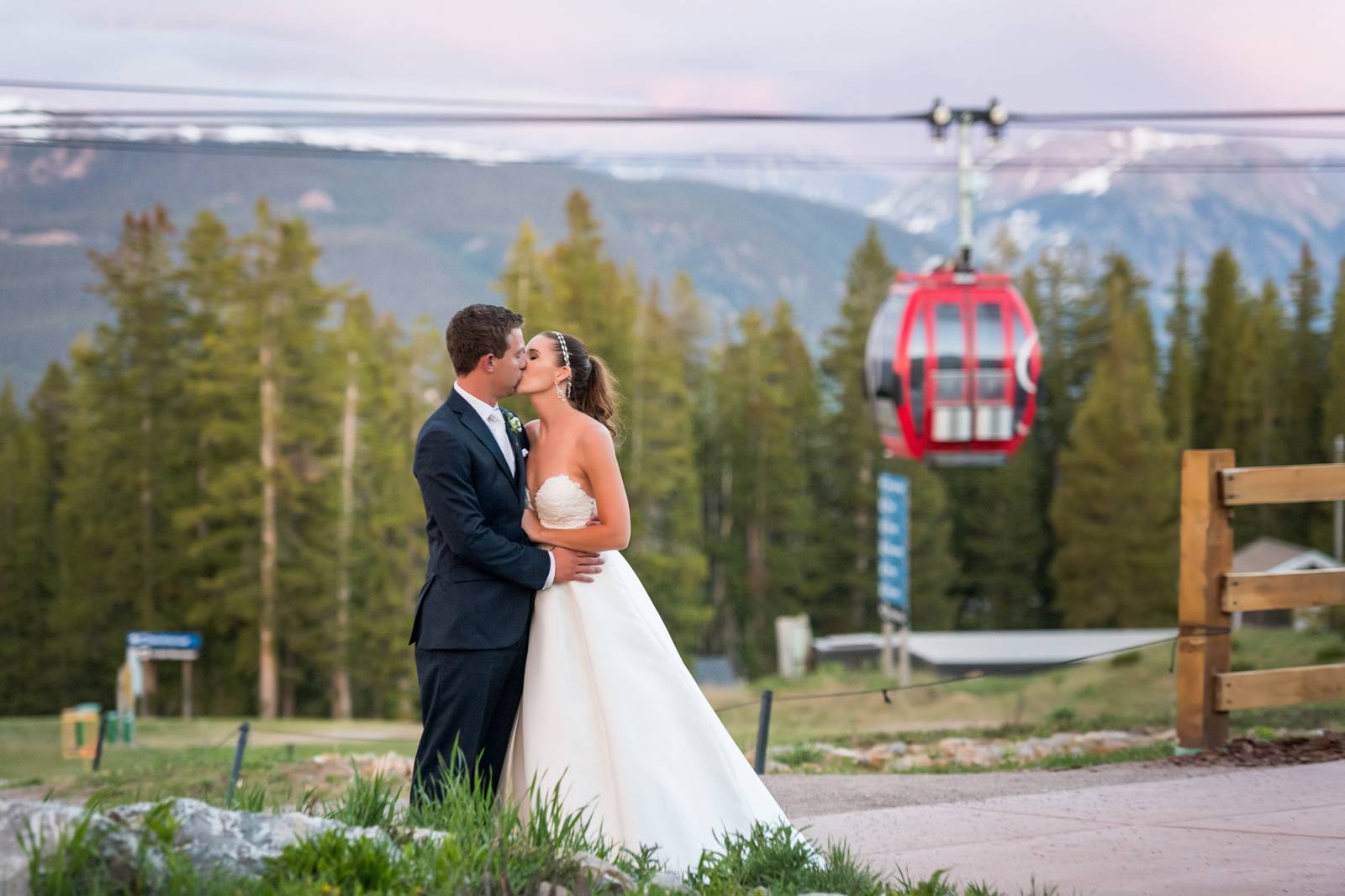 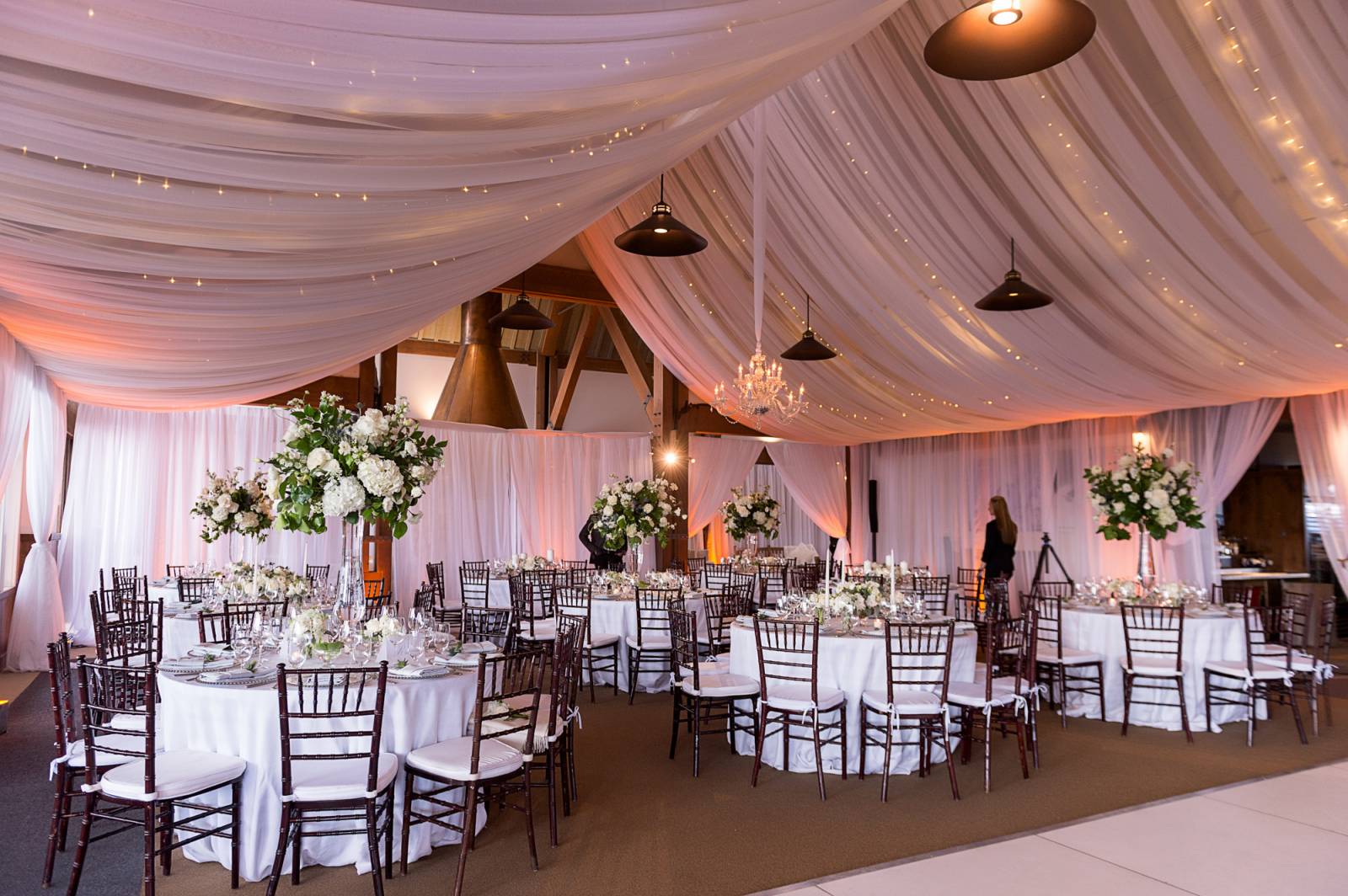 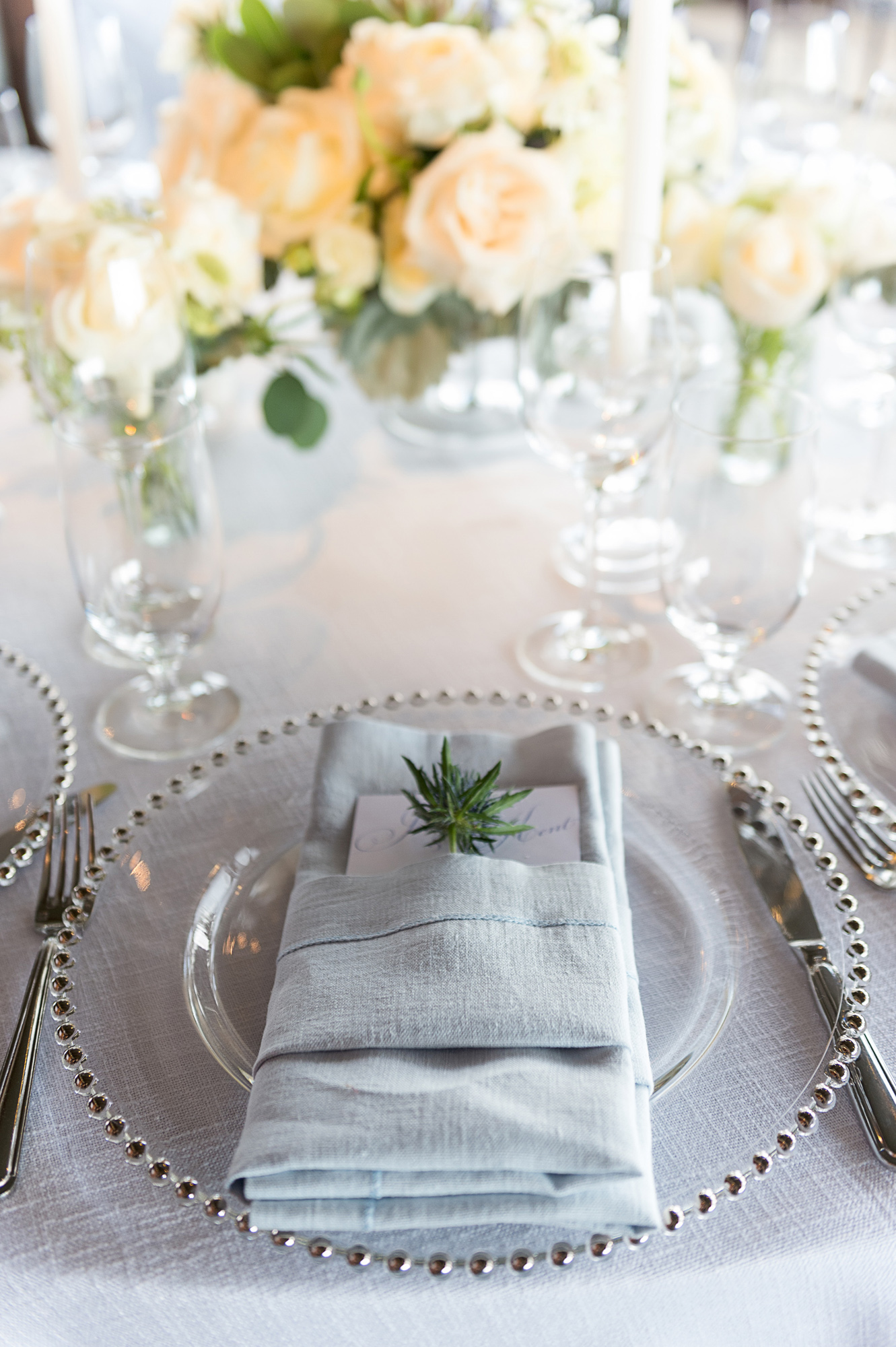 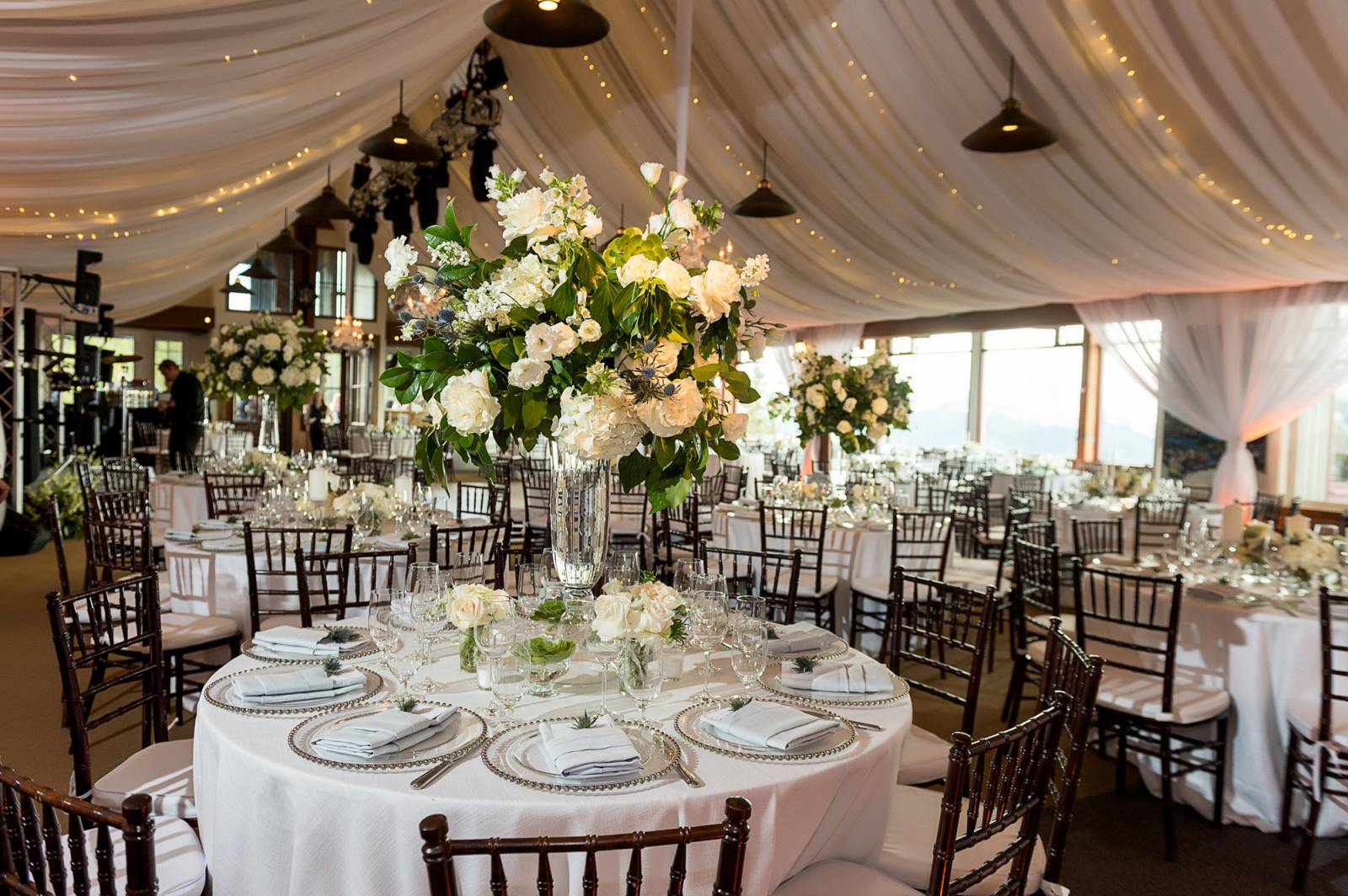 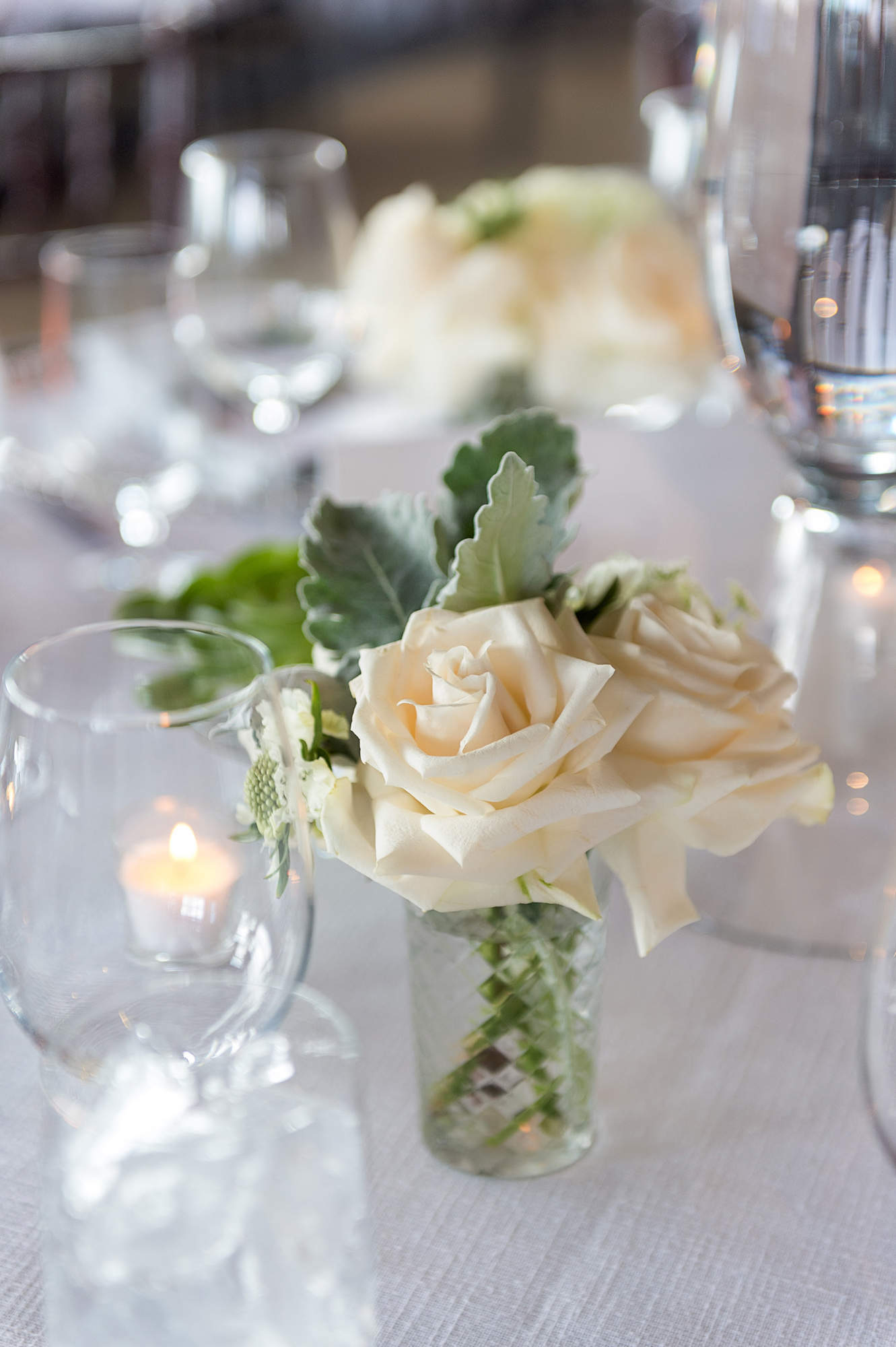 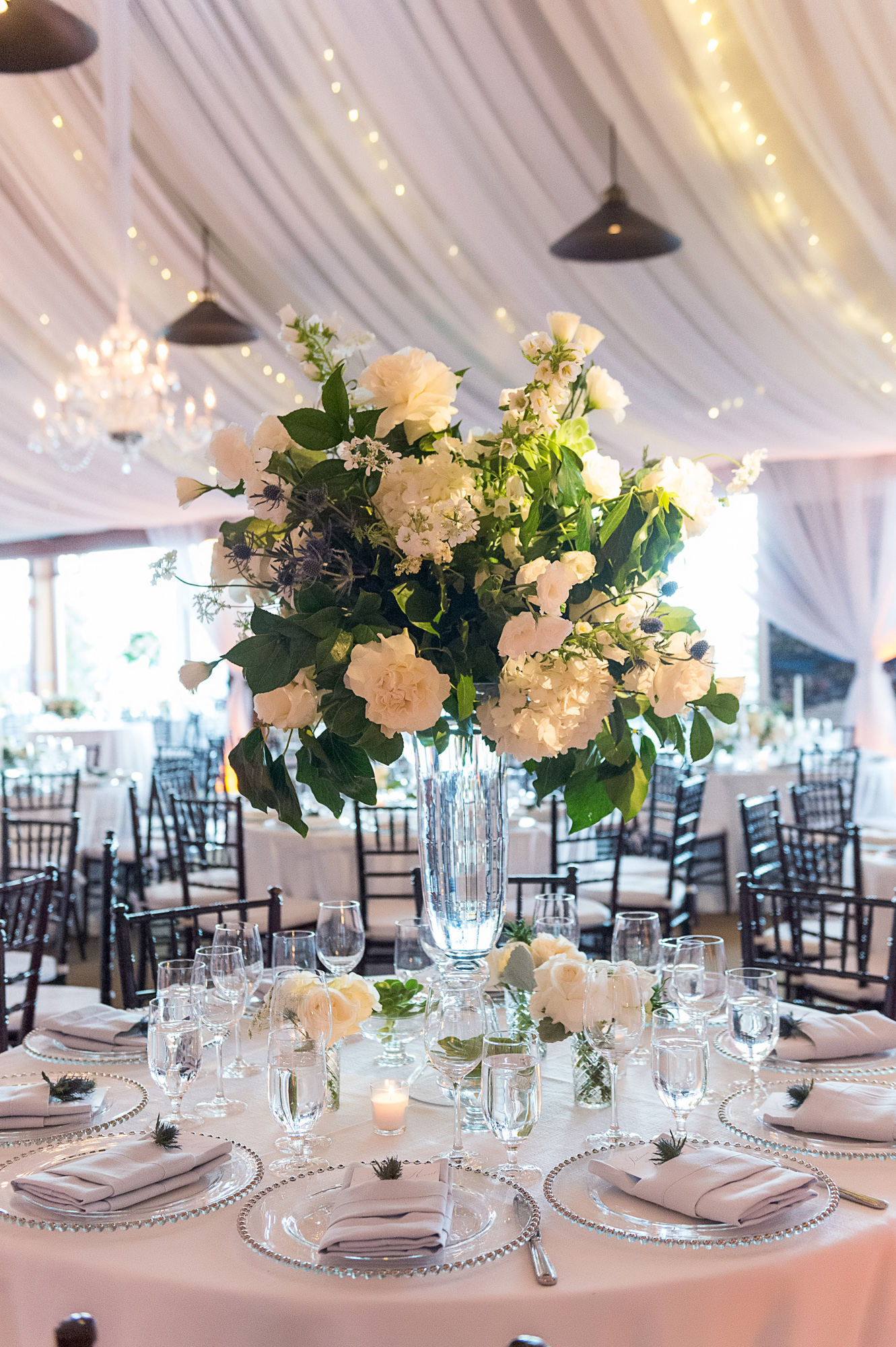 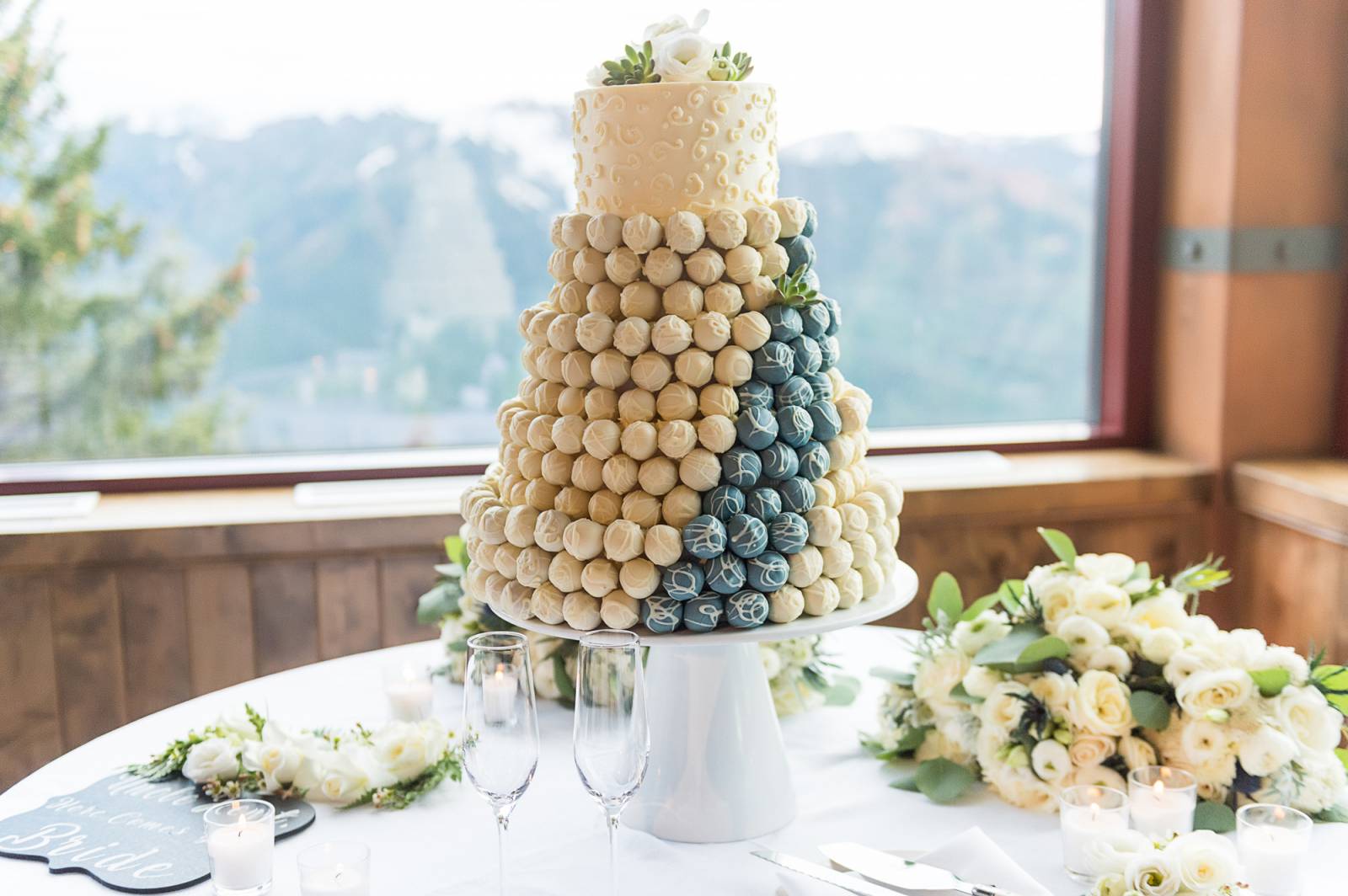 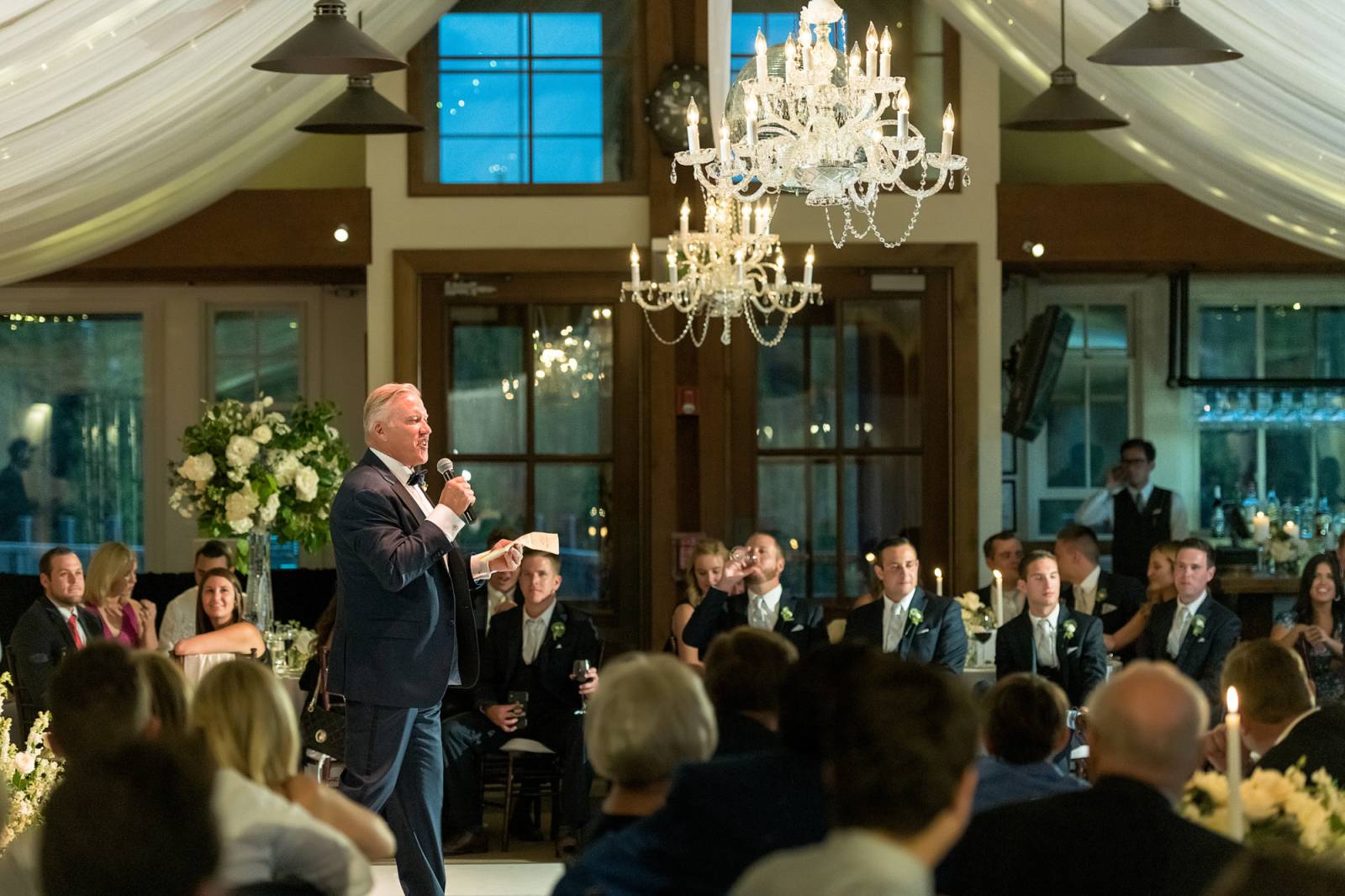 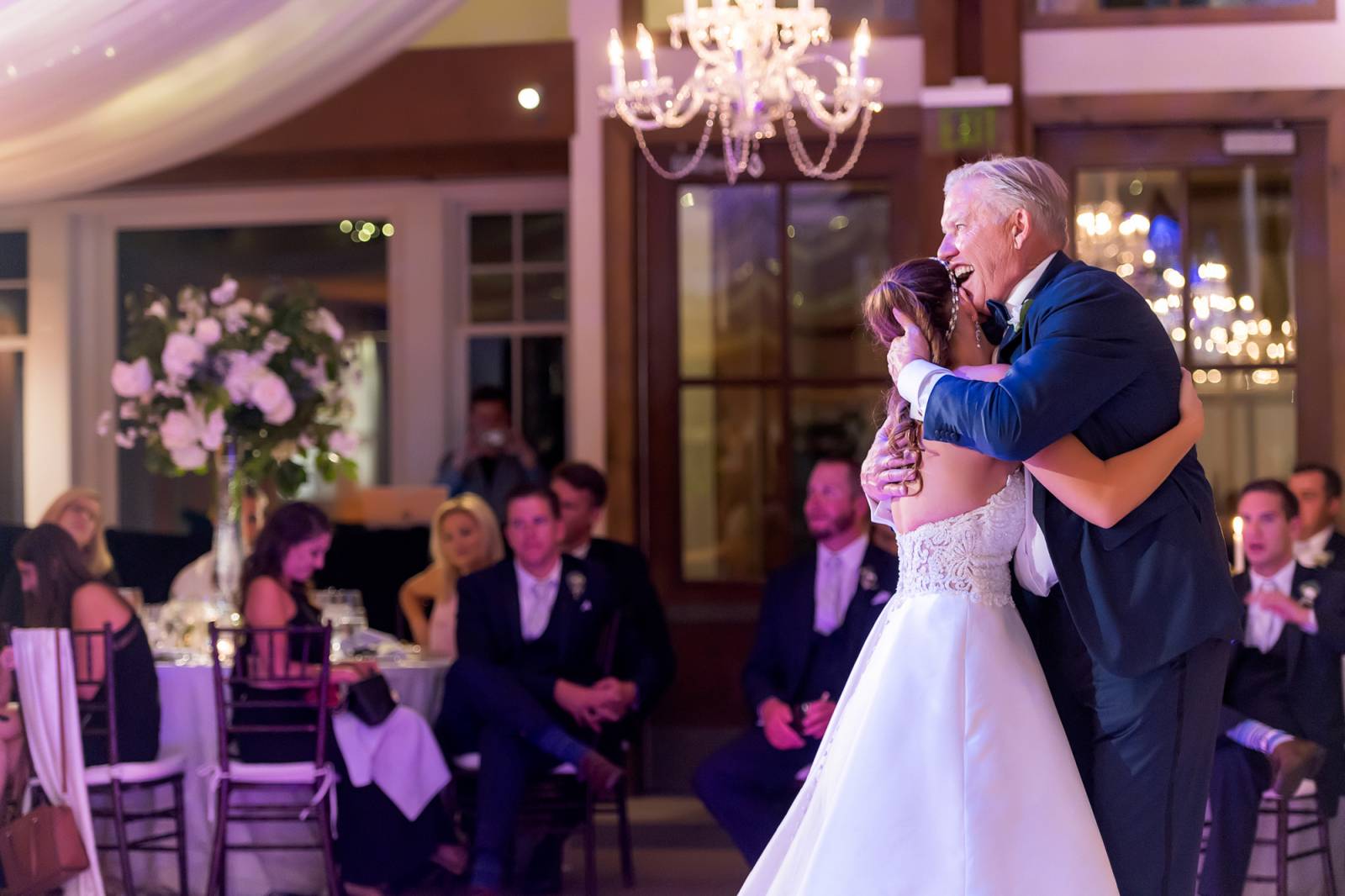 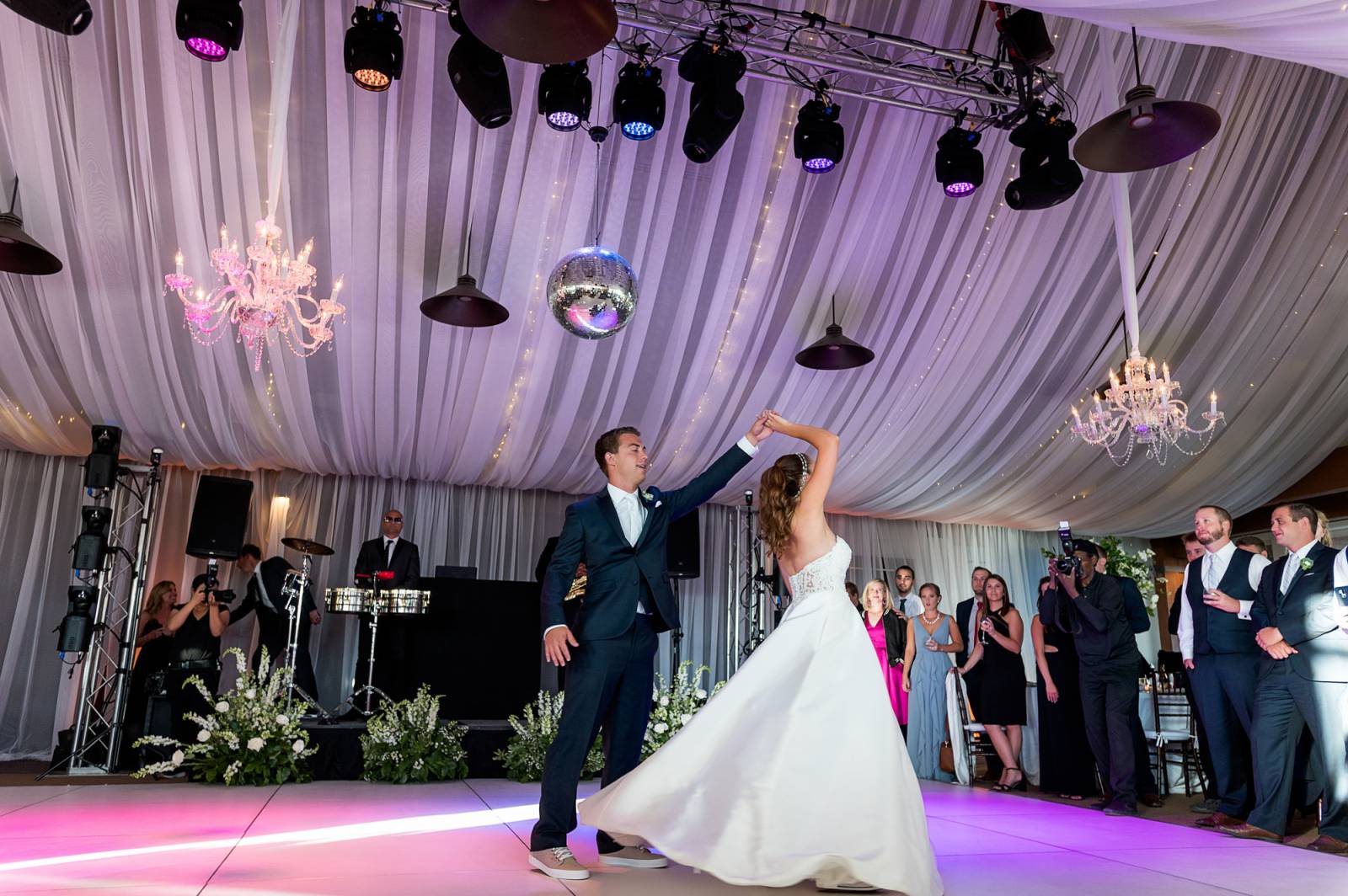 Congrats to Mr. Elway and family! I would love to win the wine!

Great article! I would love to win this wine!

Beautiful pictures!! Love all the details.

Beautiful wedding! I would love to check out that wine!

This wedding is GORGEOUS!! But, when you say FREE wine giveaway....well, I'm all about the vino! Would love to try 7 Cellars. Please, oh please, pick me! Pick me!

Congratulations to Juliana and Kent. Beautiful pictures! I would love to win the wine!

I'd love to win the wine. Beautiful wedding!

Beautiful wedding and great article! I would like to win the wine! Cheers!

As a local Colorado native, I can only dream of having a wedding this stunning! I would love to win the wine too! ✨

Would love to win and try this wine!!

I would love me some wine! Beautiful pictures

I would absolutely love to win the wine and tryout out 7Cellars! Gorgeous wedding - Vail could not be a better backdrop!

Loved the article and personal insight into the day. Lovely wedding! Now, I'd like to win that wine please.

Team Rubicon sounds great and so do the wines! It is so great to see more Colorado peeps taking an interest in wineries! I would love to win the wine!

BEAUTIFUL wedding! I love me some 7cellars wine too!

Great feature and incredible details! Would love to win the wine.

Congratulations to your family on such an important event in your daughter's new chapter in life. Hopefully I'm as lucky as you are and I will win the win giveaway.

I would like to hear more and get involved in team Rubicon....maybe I can learn more over a glass of wine with John and Jeff ....M

Gorgeous wedding! Congrats to the bride and groom. The 7 Cellars The Farm Collection sounds amazing! I would love to win the wine!

Would love to win the wine! Gorgeous feature of this beautiful wedding!

Beautiful pictures. I had the privilege of playing on the same team with Kent, his brother and Dad at the Rockies fantasy camp. All three were great teammates and fun to be around. I would like to win the wine.

I would like to win the wine!!! Congrats to Juliana and Kent on a wonderful life together.

I have been a fan of John Elway since I was a young child and I would love to try his wine collection! I love seeing and reading about him marrying off his daughter, so sweet!

Wow; what a gorgeous wedding! I would love a chance to win the wine!

I would like, love to win this 🍷 wine! Absolutely gorgeous wedding. Thank you for sharing.

I would love to try your wine 🍷🙌🏻 Beautiful wedding, gorgeous daughter 🤗

Really enjoyed this... Have been a John Elway fan since he first came to Denver... M...