Fall Wedding at the Garden of the Gods

Alyssa and Adam may not have had ties to Colorado, but when they set their sights on the Garden of the Gods, they knew it was the perfect spot to tie the knot. All the way from Pittsburgh, these two planned their dreamy wedding, joined by their friends and family who traveled from all around the country to share in this day.

They met in elementary school and immediately became best friends. Their friendship lasted through college and as long as they've known one another, Adam would try to date Alyssa. She would always decline, worried it would ruin their friendship. But his persistence paid off, and after college they decided to try it out. A year later, Adam proposed at the Cliffs of Moher during a trip to Ireland for Alyssa’s birthday.

They decided they wanted to have only a partial first look because Adam was dedicated to waiting until the ceremony to see her. Adam read a poem to Alyssa while they held hands around the corner from each other as they shared an emotional moment before the ceremony. Holding out to see Alyssa walk down the aisle was well worth the wait, and when that moment came, tears washed over him. It was a moment both of them had been waiting for, for a long time. After the ceremony we took off to the Garden of the Gods where we settled at High Point Overlook for some portraits. Midway through portraits, it started to sprinkle and the sun shined through the rain in gorgeous rays of light. Little did we know, mother nature had more beautiful surprises in store for us later that evening.

After dinner we spotted deer wandering around the reflection pond at the Garden of the Gods Resort & Club. The party was just getting started but we were glad Alyssa and Adam were willing to oblige for some sunset portraits near the pond. They slowly approached the deer who were feasting off the berries in nearby bushes. As the color of the sky deepened, we were awestruck as the clouds lit on fire and a deer joined them, drinking from the pond. We held our breath in disbelief as all these elements came together for this frame. Our gear was scattered on the ground, caps off lenses, and we laid sprawled out in the grass as the surreal scene played out in front of us, making for an unforgettable way to end the night. 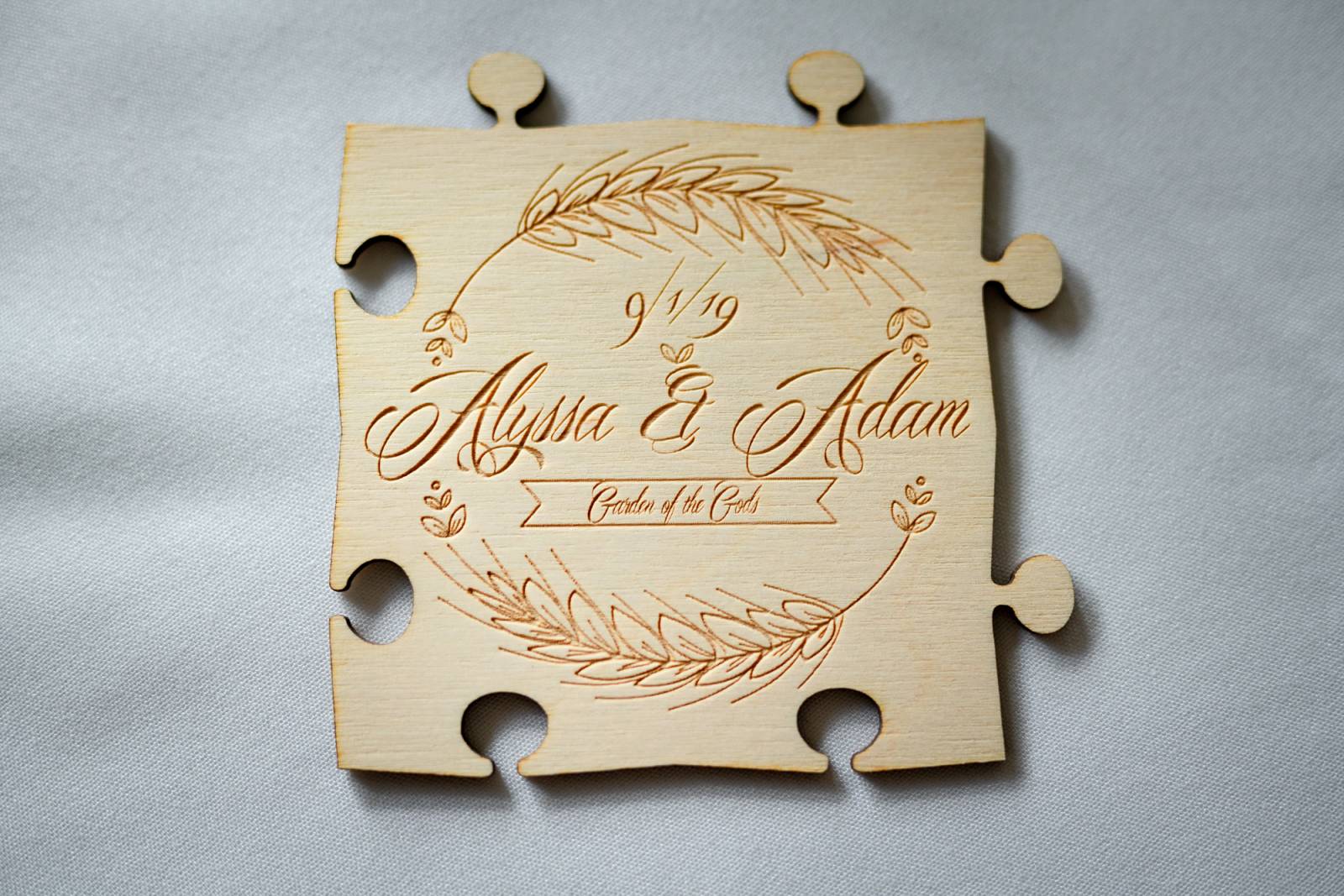 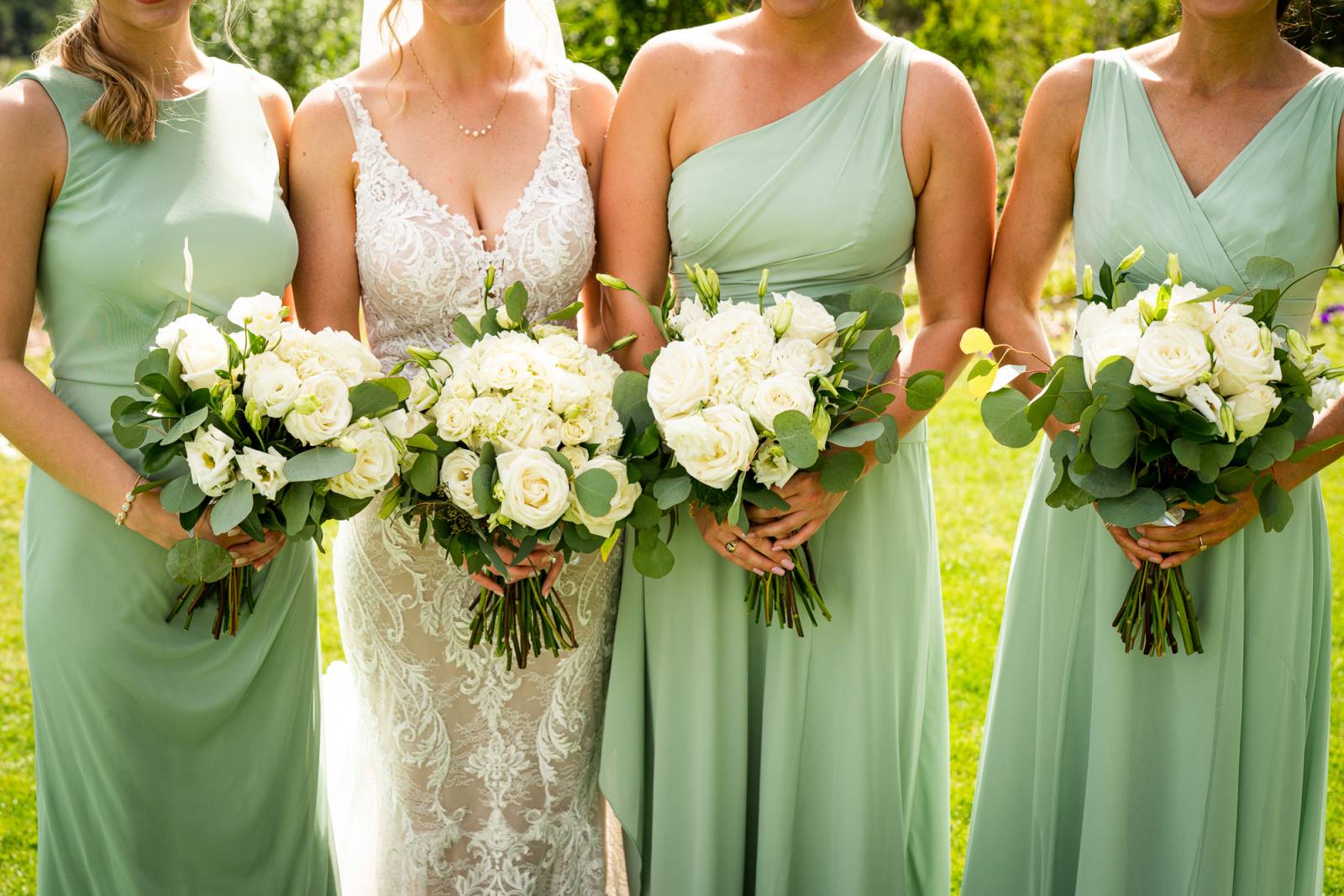 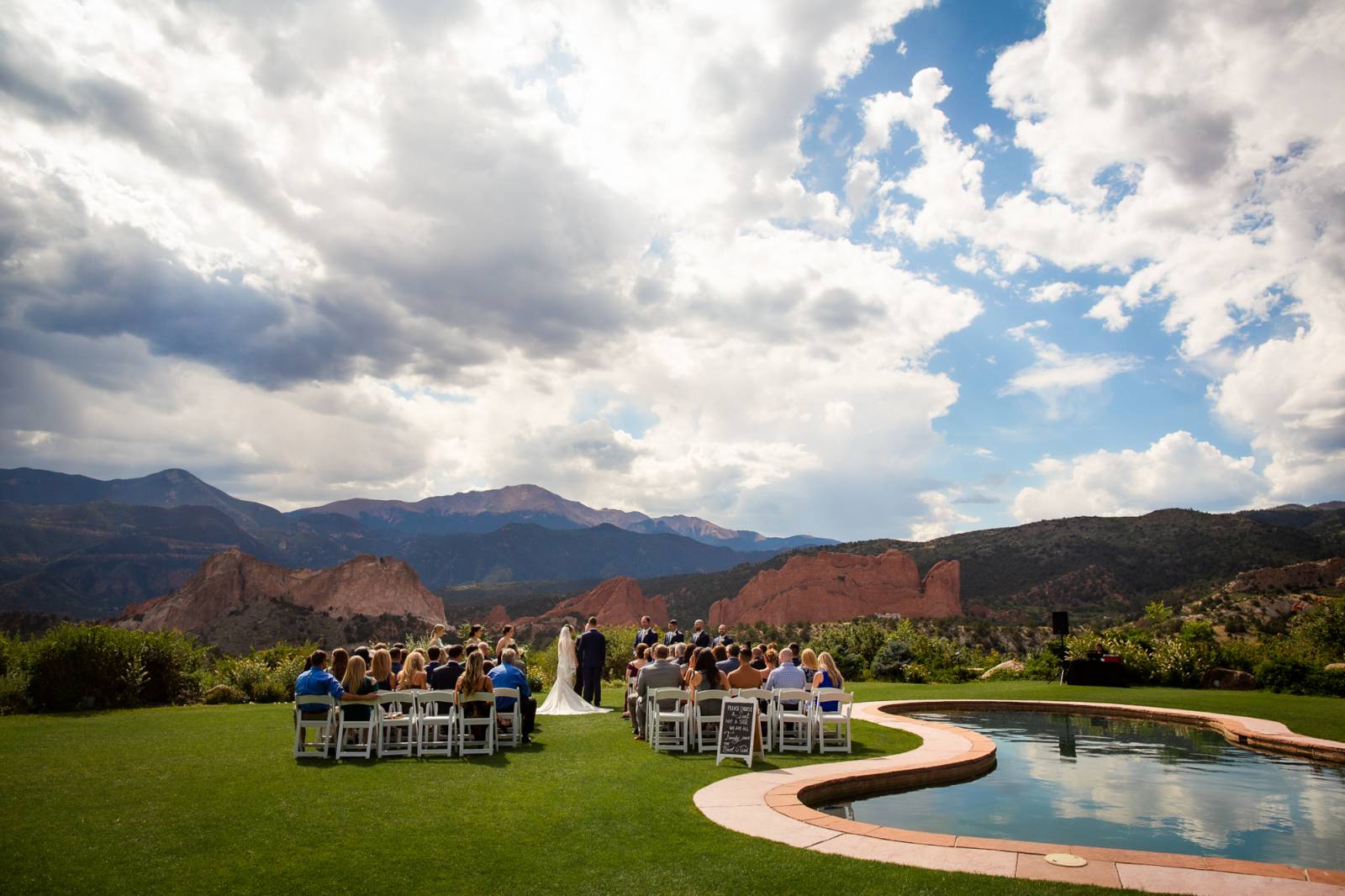 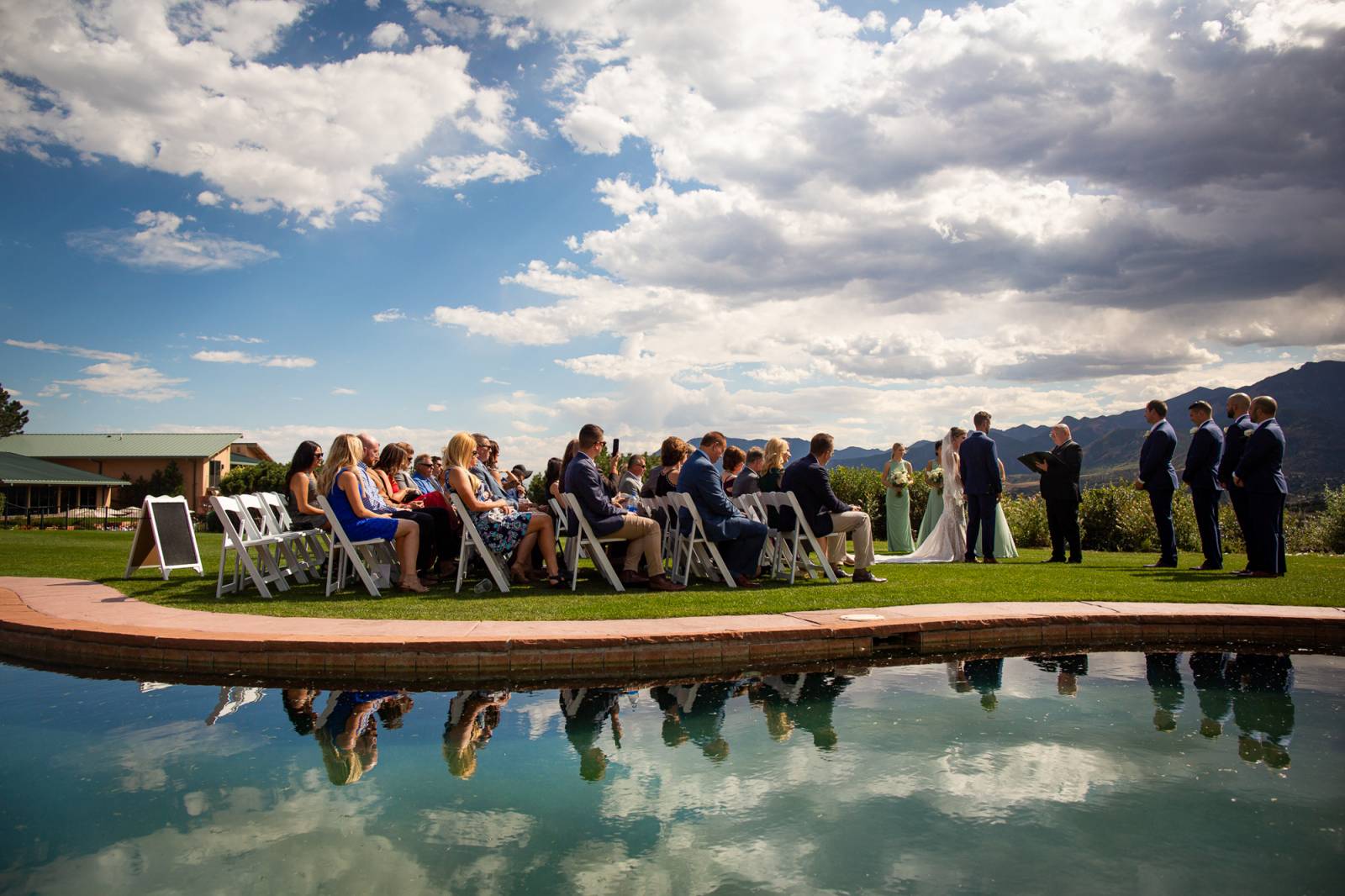 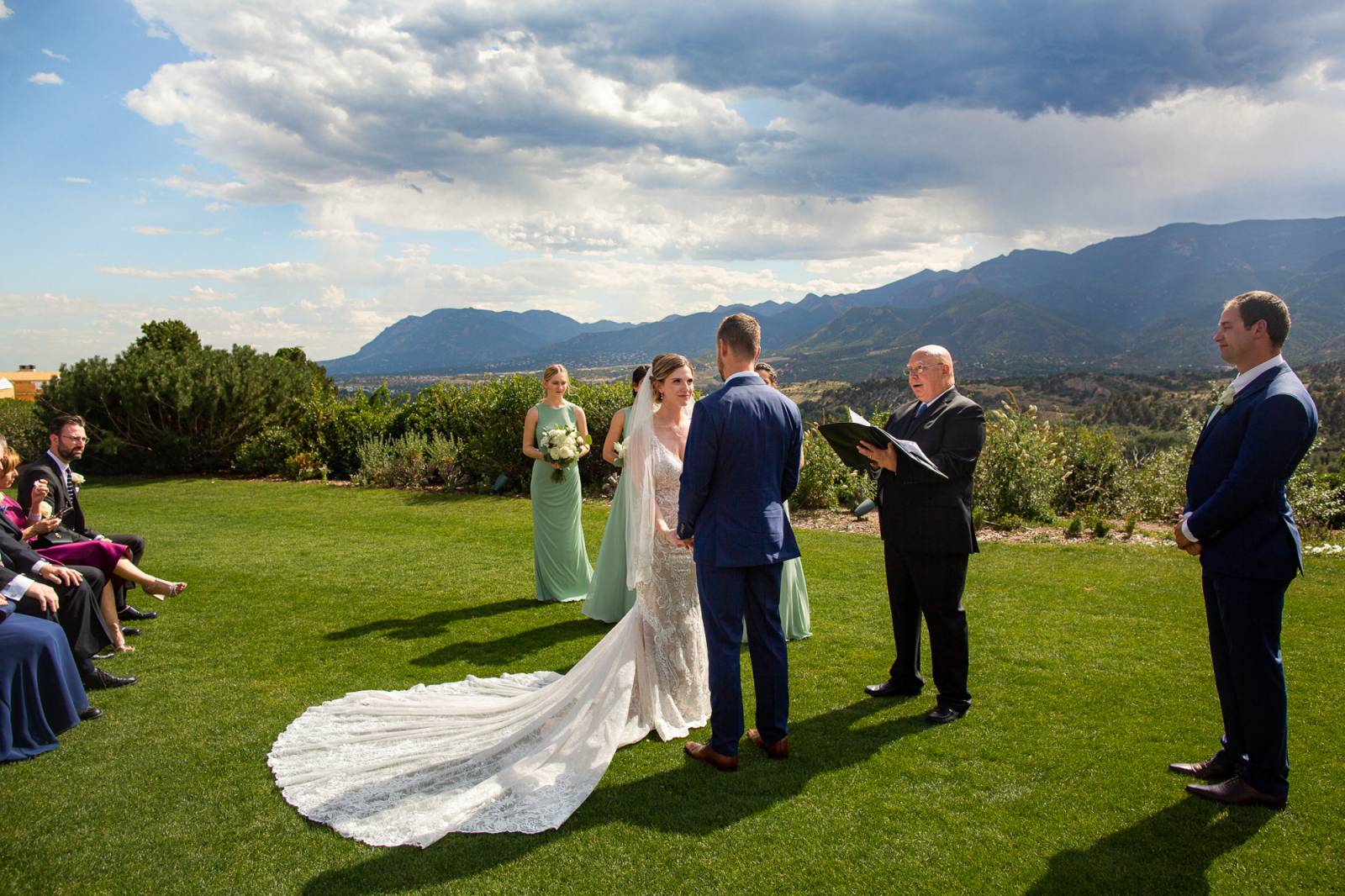 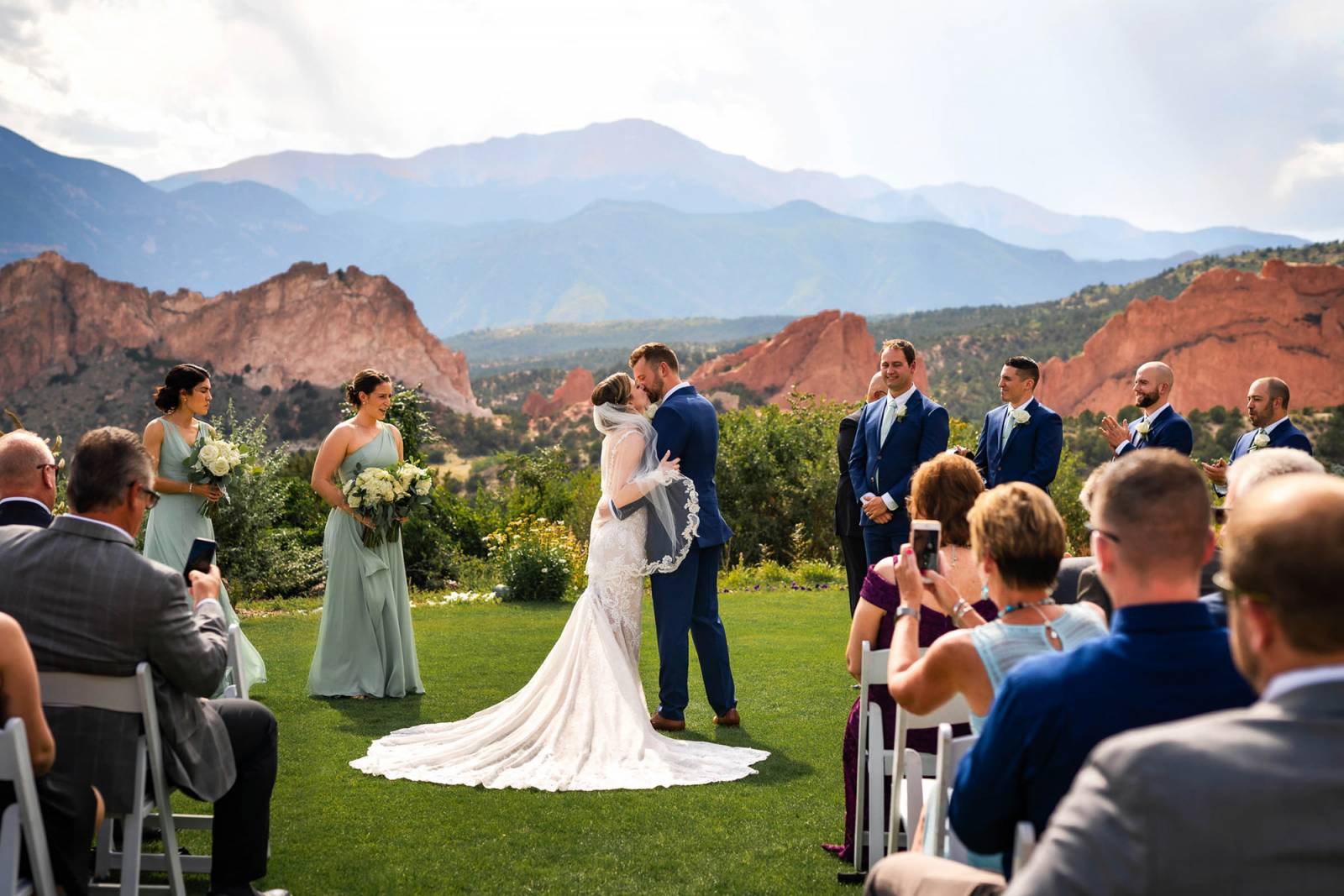 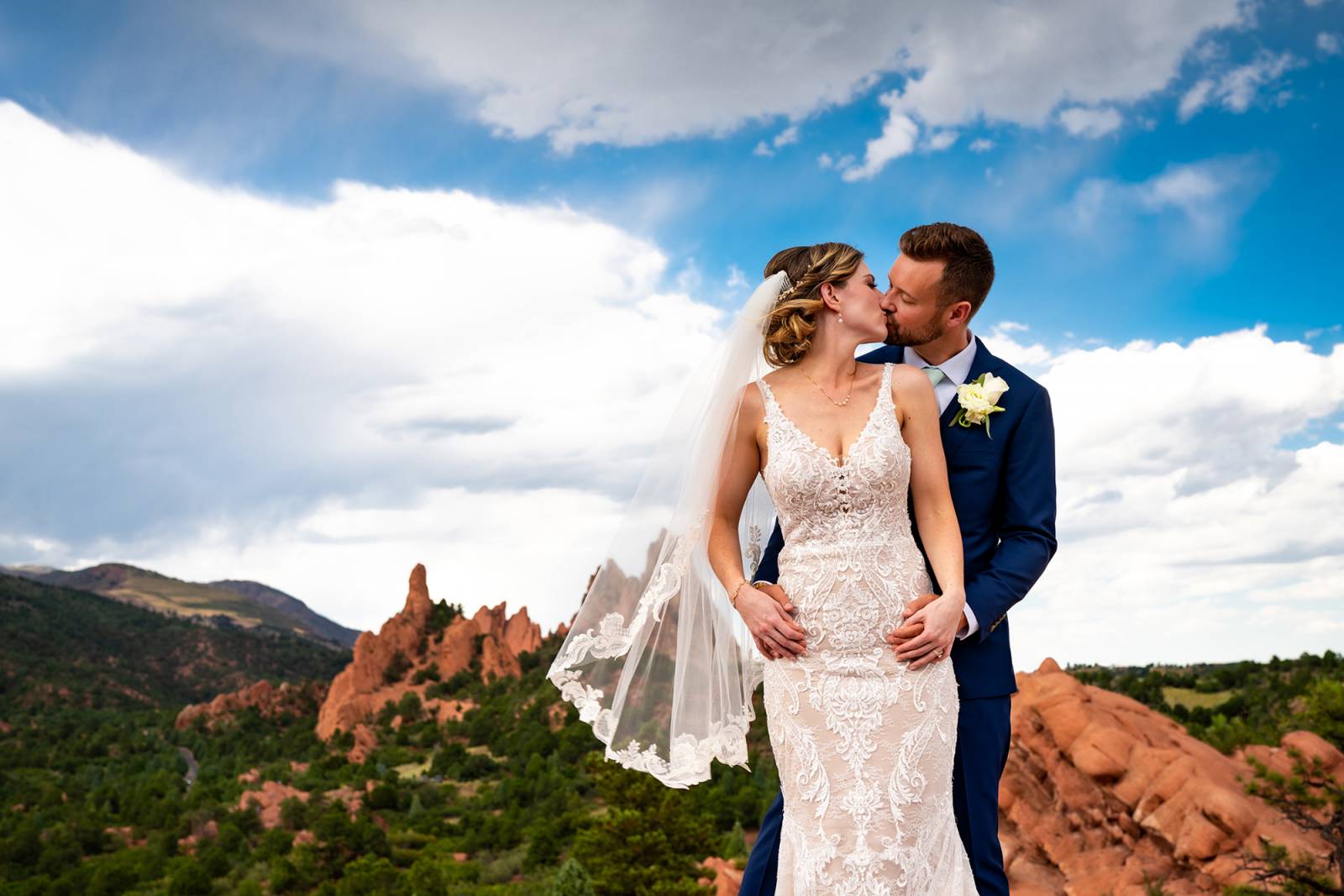 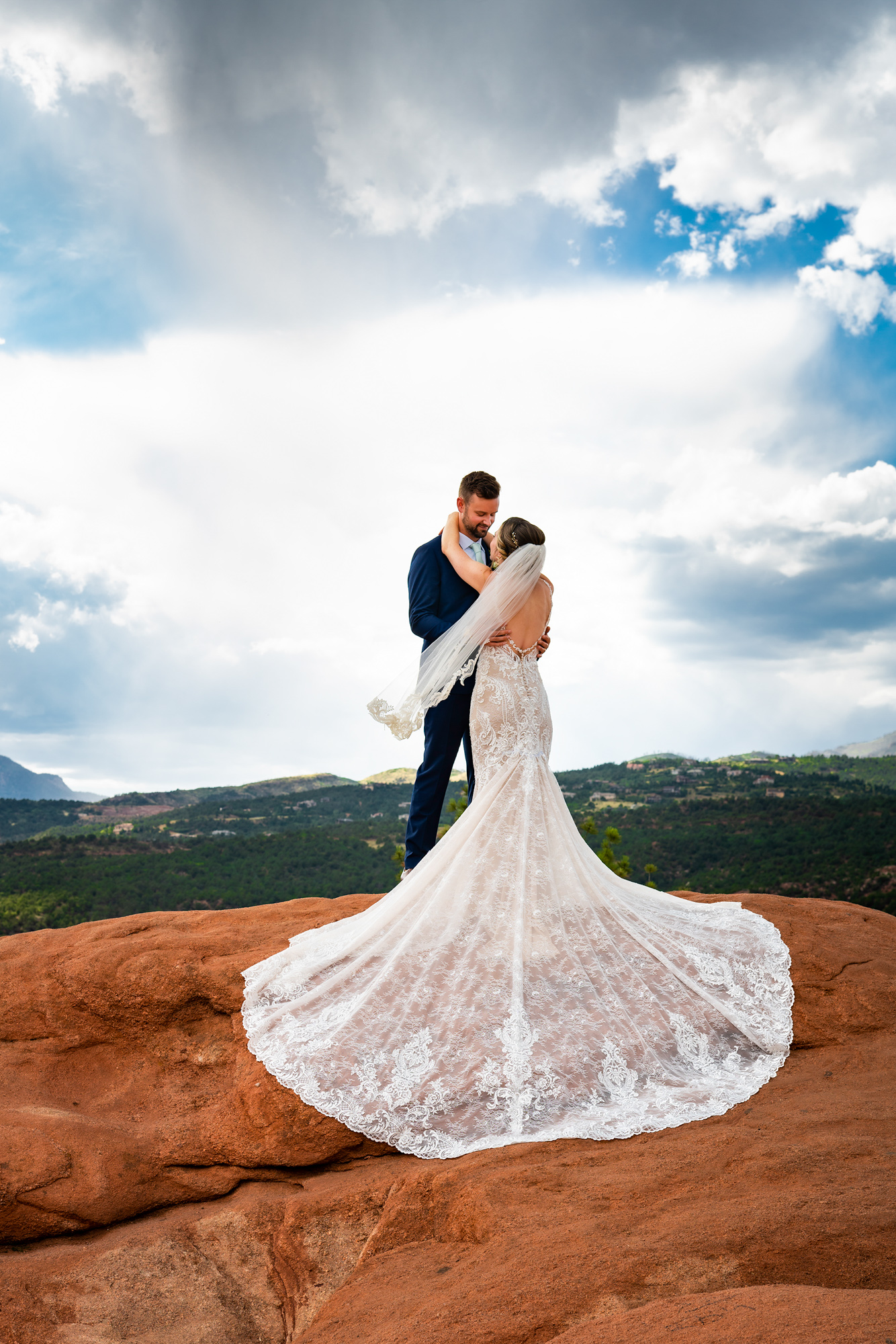 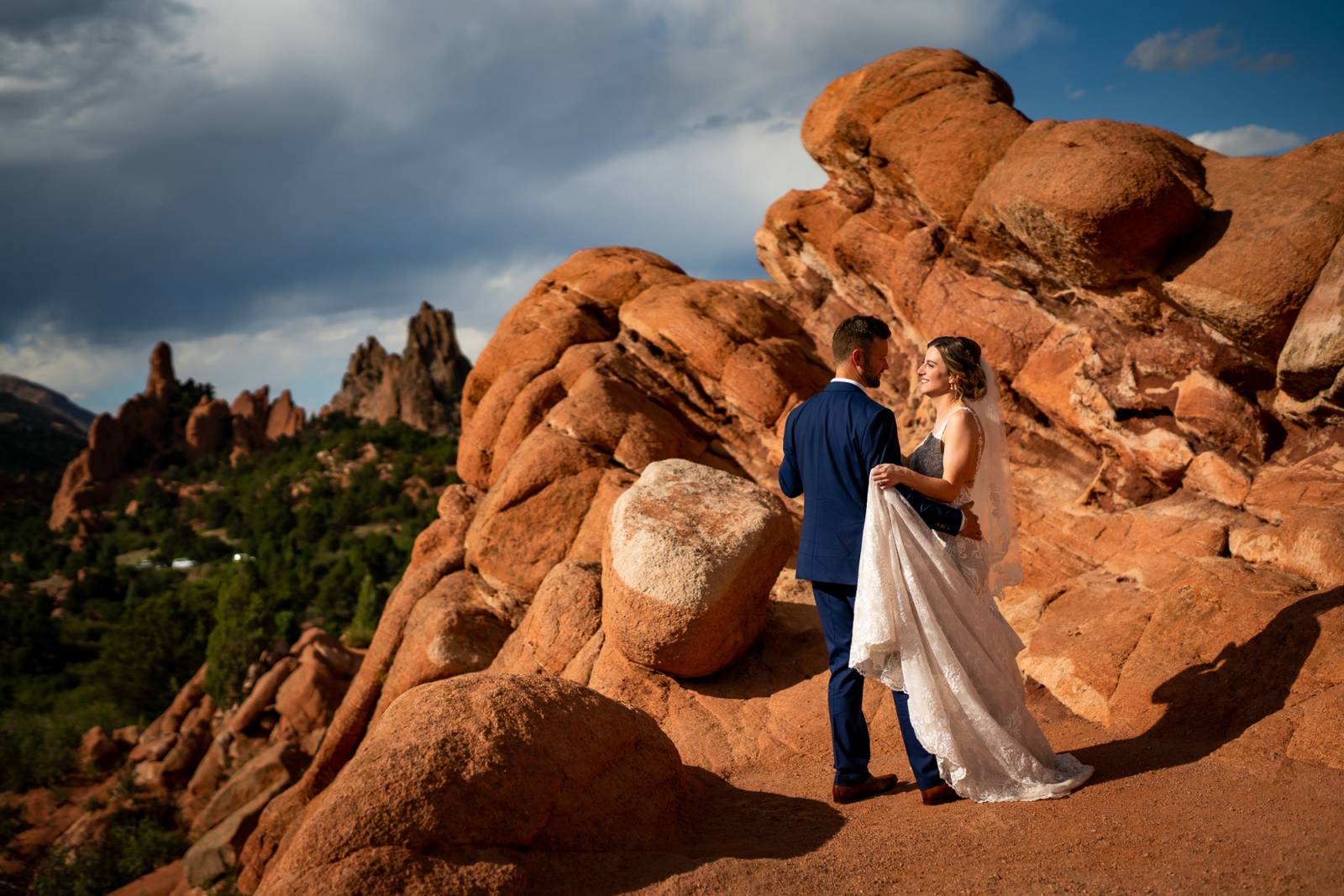 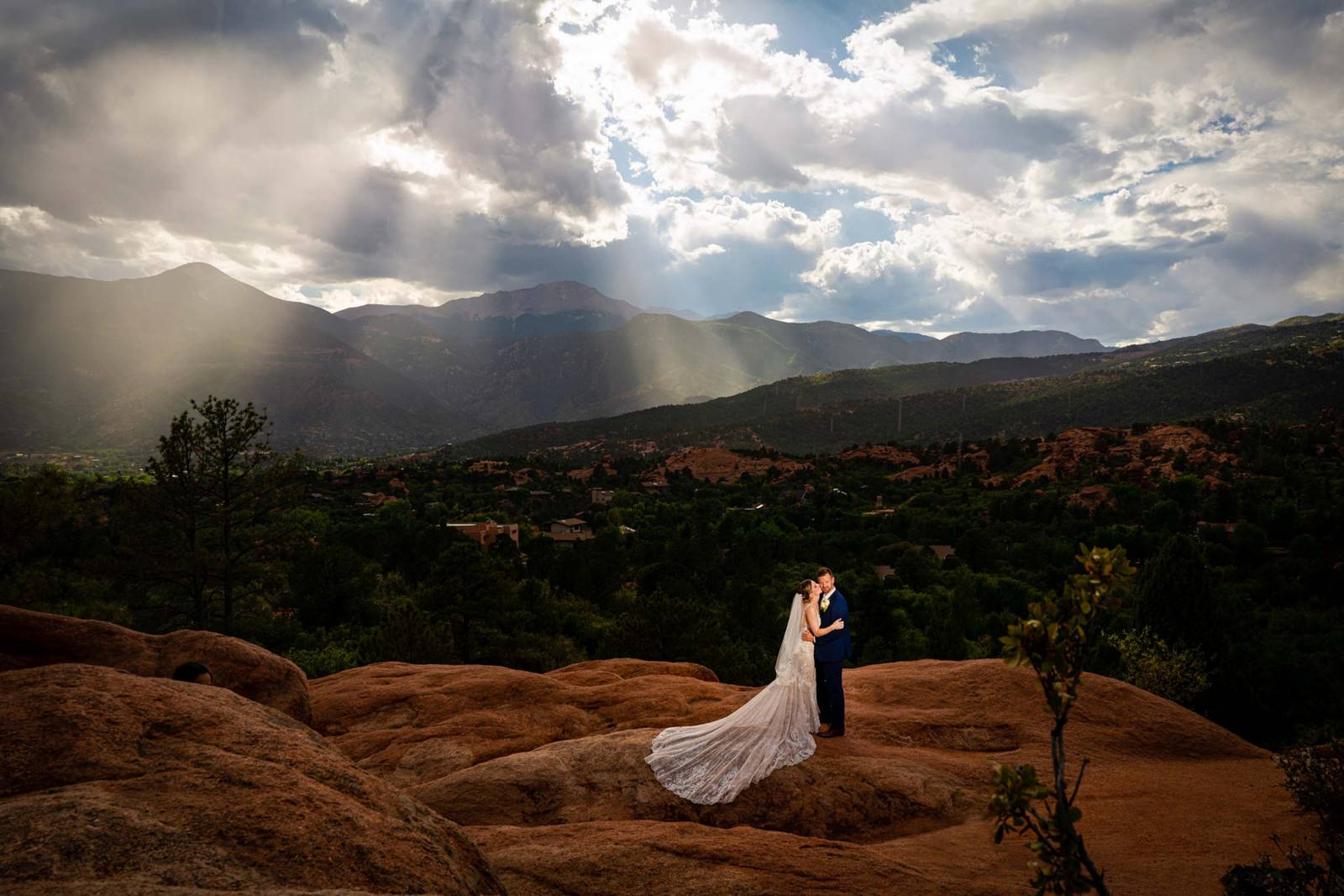 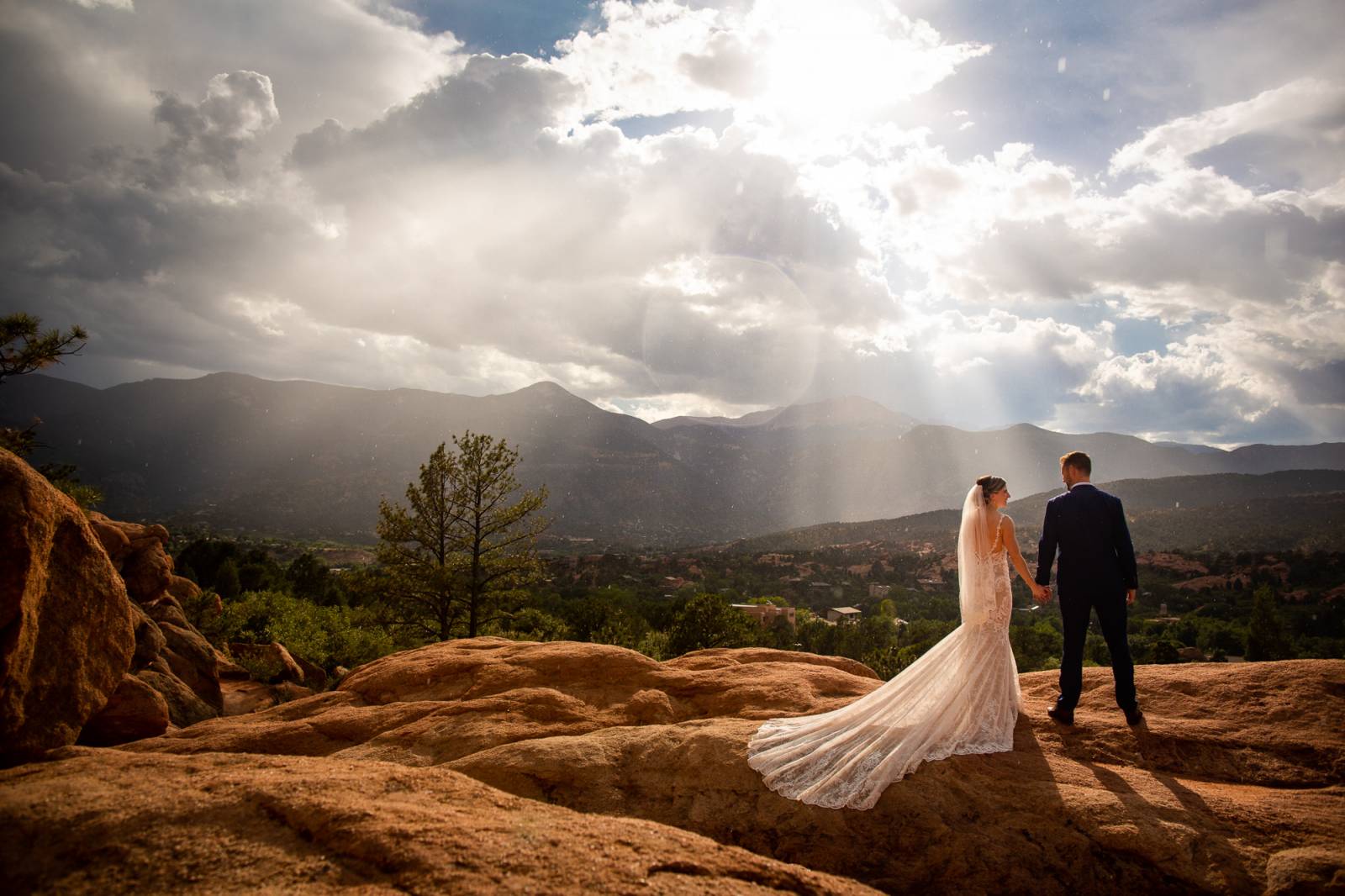 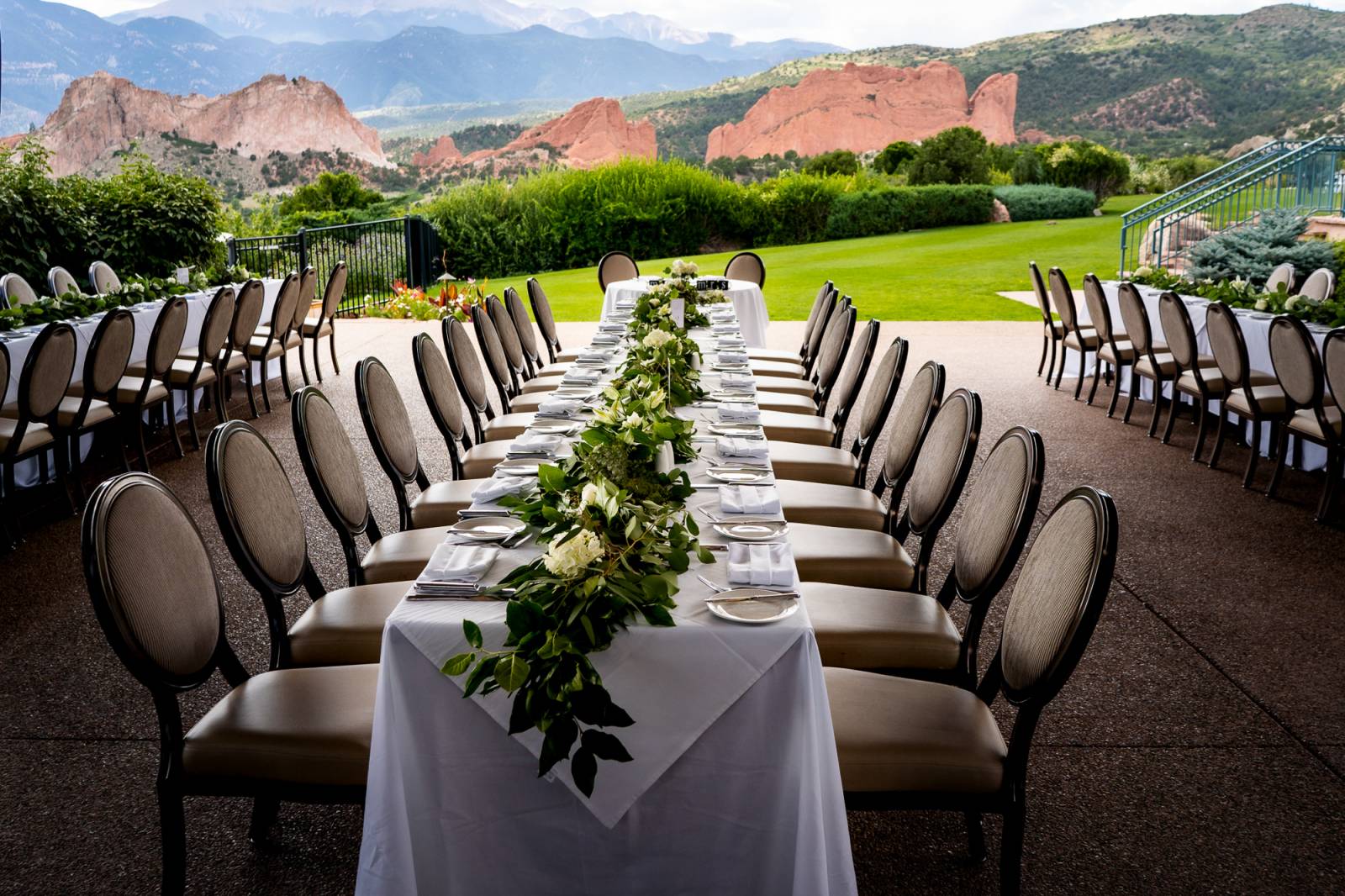 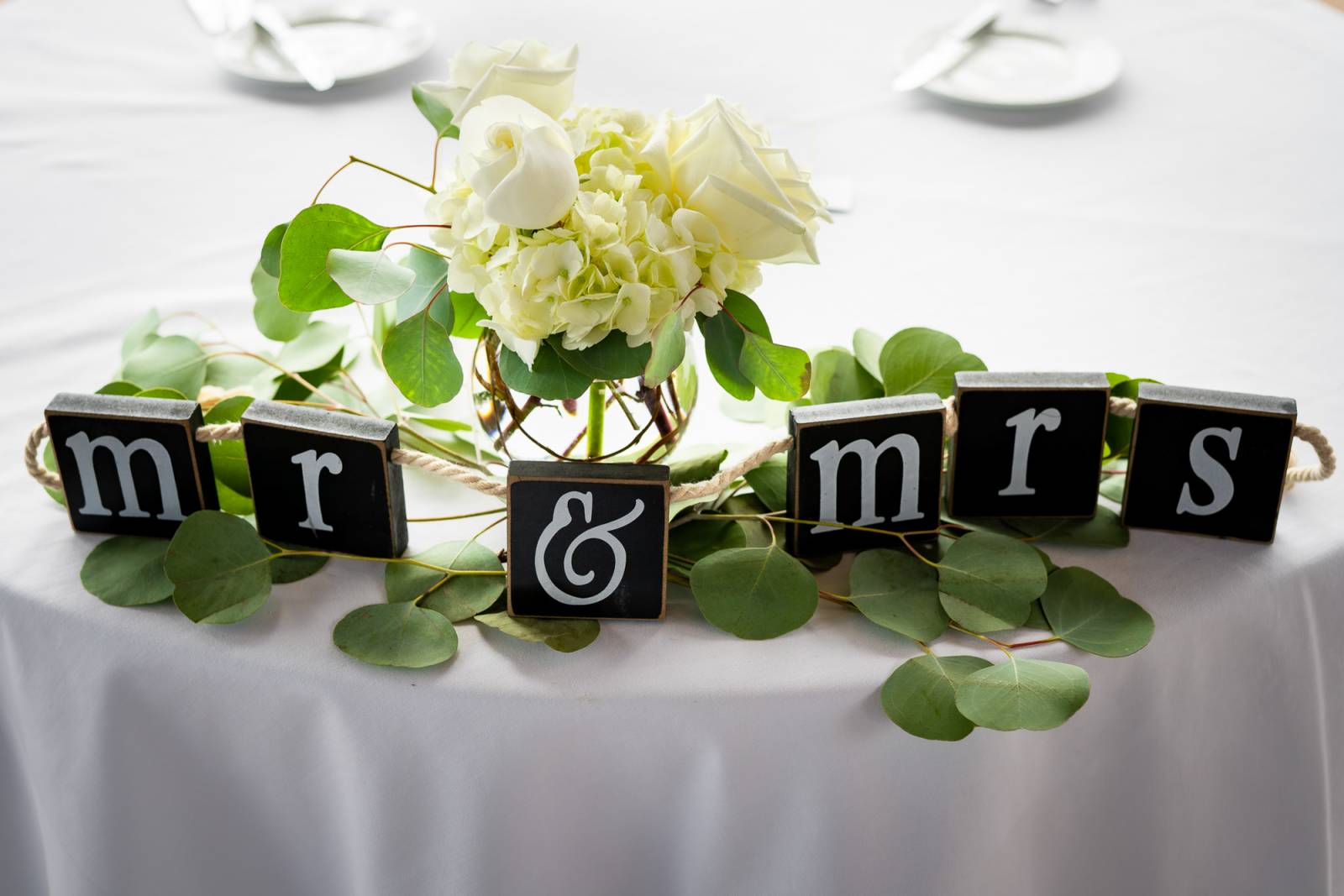 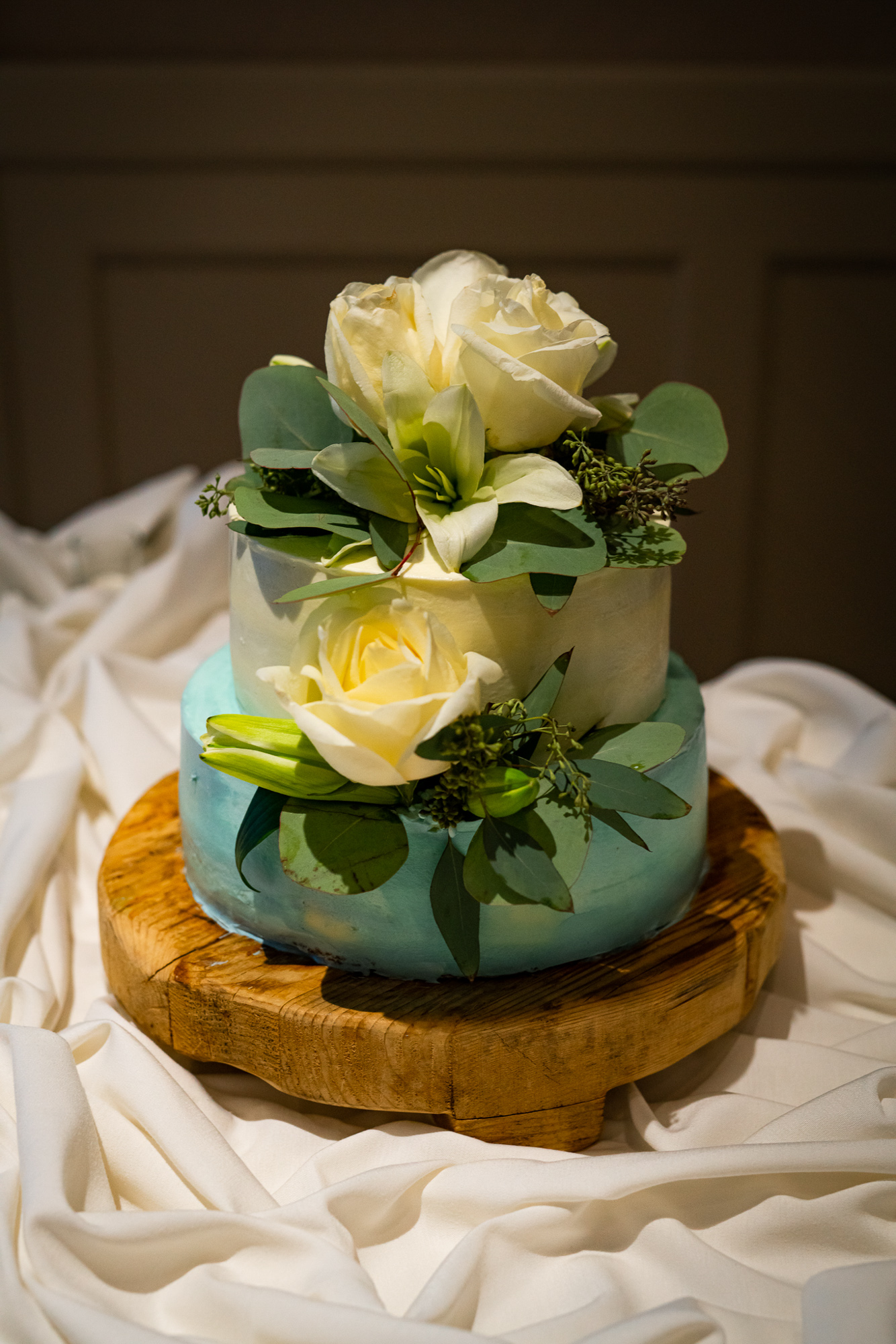 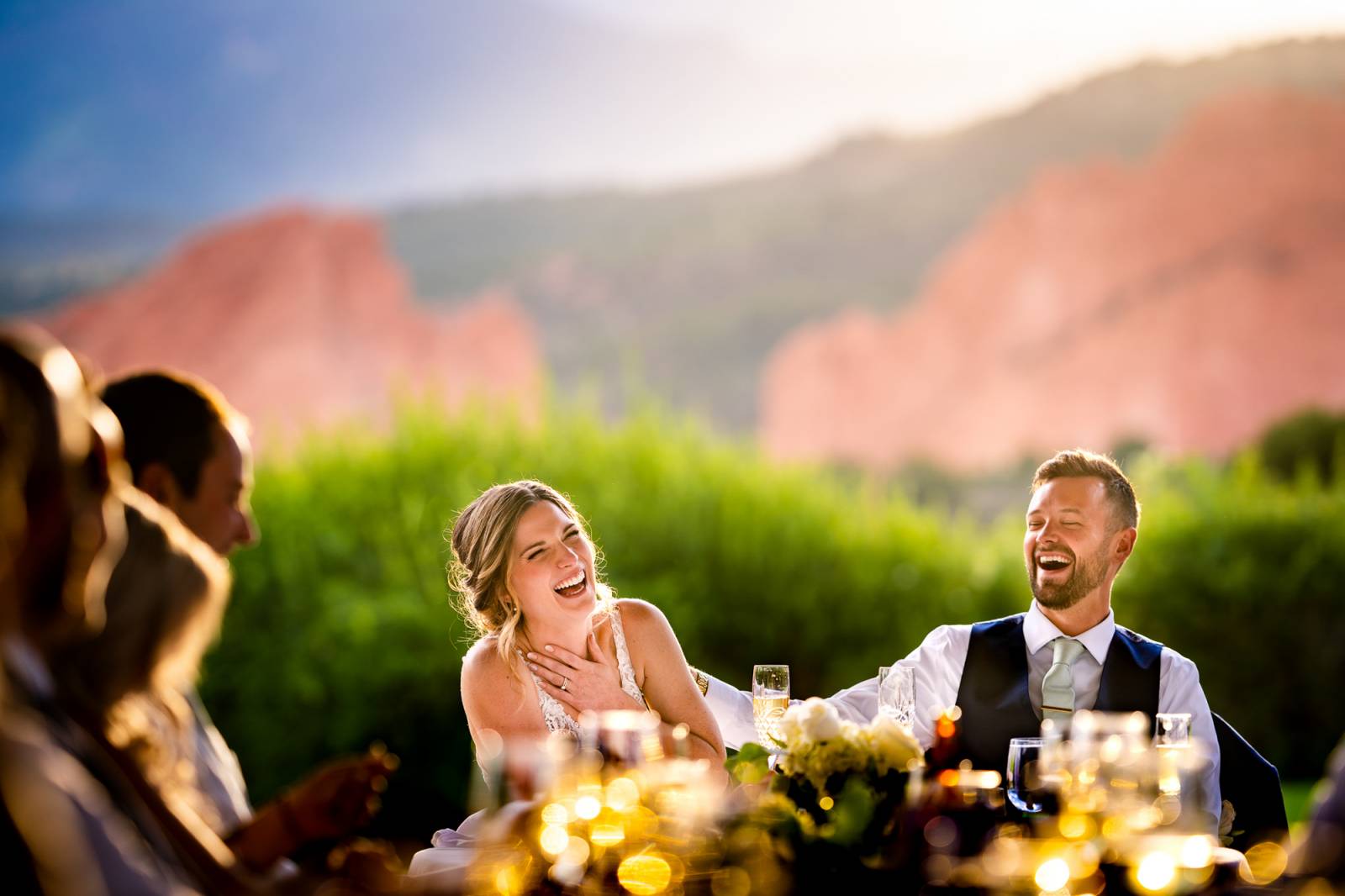 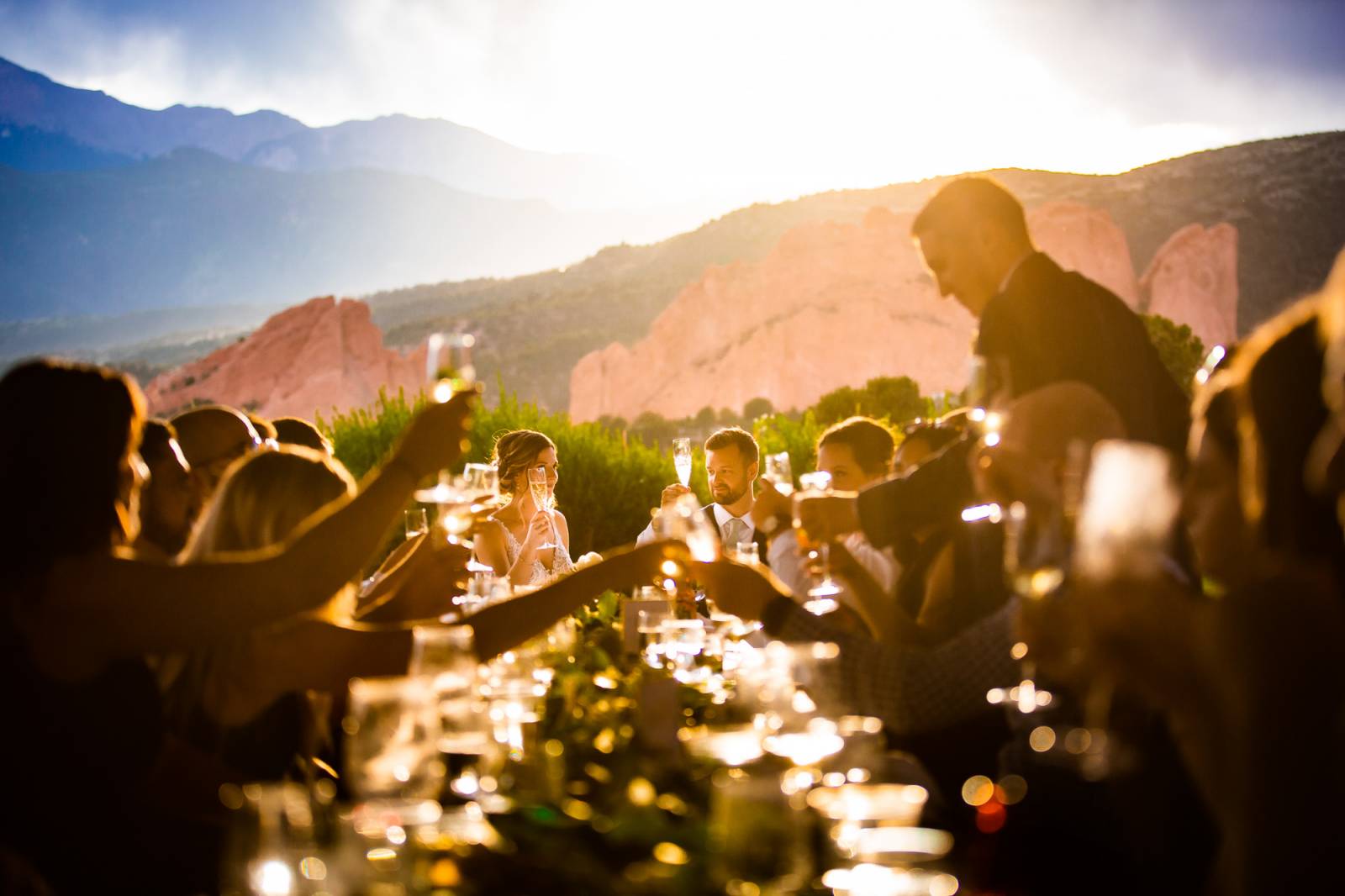 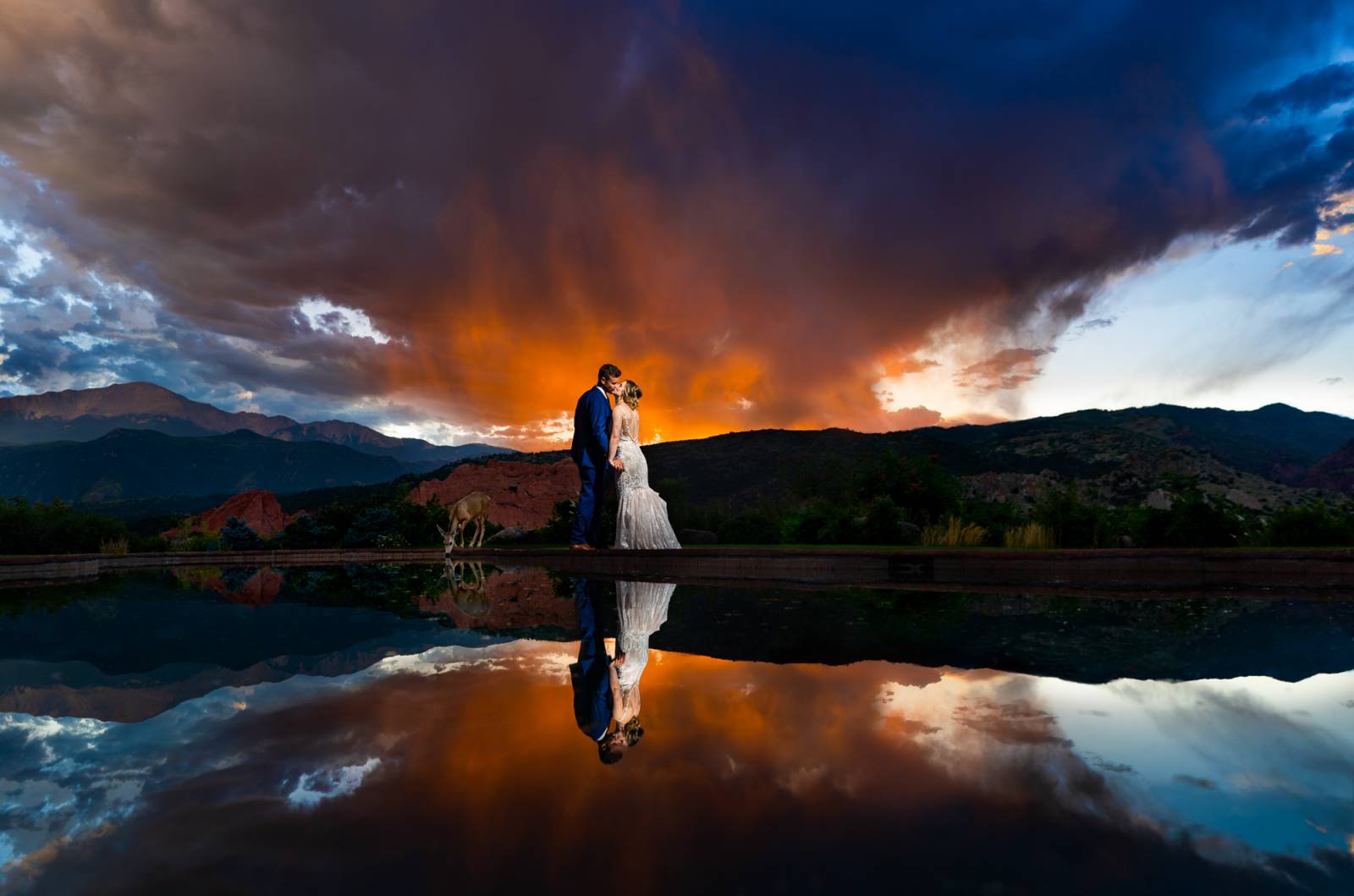