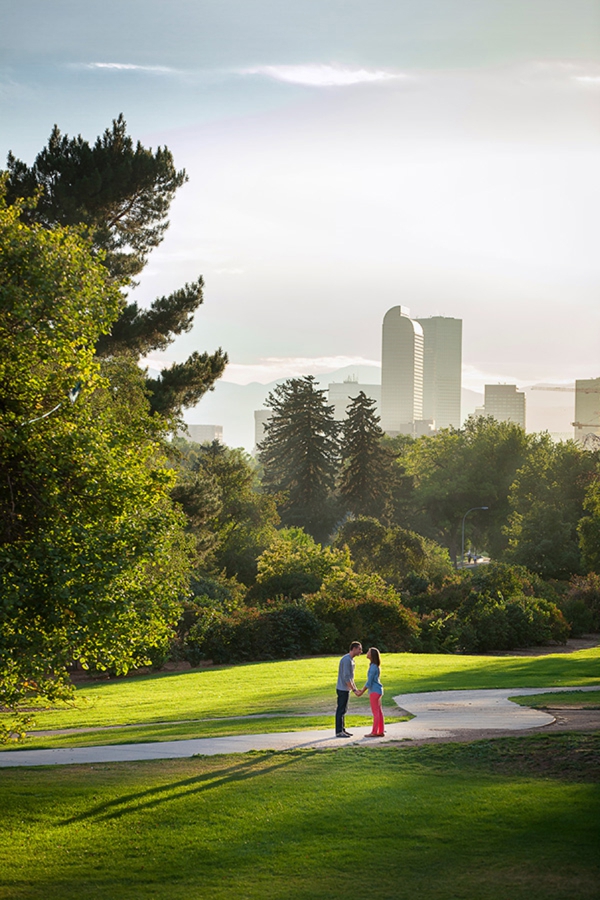 Why is Denver one of the fastest growing cities in the nation? Maybe, it is because of the 300 days of sunshine or the 80 different beers brewed daily or the massive parks with more than 85 miles of paved trails........ Here are Ten Interesting Facts about Denver that could answer why so many people are settling down in Denver. 1. Denver is the second most educated city in the United States. 2. Denver boasts the largest city park system in the country, 90 golf courses and more than 85 miles of paved trails. 3. Denver is home to the second largest performing arts complex in the nation with 10 theaters seating more than 10,000 people for theatre, symphony, opera and ballet. 4. Denver brews more beer than any other city with 80 different beers brewed here daily. 5. With less water vapor in the air at this altitude, the sky really is bluer in Colorado. 6. The 13th step on the west side of the State Capitol building is 5,280 feet - exactly one mile above sea level. 7. Colfax Avenue is the longest continuous street in the United States (26 miles). 8. Denver hosts seven professional sports teams: NFL Denver Broncos; NBA Denver Nuggets; NHL Colorado Avalanche; MLB Colorado Rockies; MLS Colorado Rapids; MLL Colorado Outlaws; and NLL Colorado Mammoth. 9. It was on top of nearby Pikes Peak in 1893 that Katherine Lee Bates was inspired to write the words to "America the Beautiful". 10. Denver has 300 days of annual sunshine, more annual hours of sun than San Diego or Miami. The sun also feels warmer because you're closer to it. Photographer by Drake Busch Photography {LISTmember} Check out the full photo shoot on COUTUREcolorado WEDDING.